The Empress hated celebrating her birthday because she knew that she was getting older. She had no husband, no children. Growing up, Mioa had a terrible childhood and teenage years. Her father was the most famous and powerful Emperor, her mother was considered the most beautiful Empress and everyone wanted to be just like her. The Empress and Emperor had eight children, 3 daughters and 5 sons. Whenever Mioa disobeyed her parents, she would be severely punished. There were days where they wouldn't serve her any dinner or breakfast. Mioa didn't understand why her parents hated her so much. One day The Emperor asked Mioa to come into his study room.Bookmark here

" Mioa, I told you to never go into the battlefield without my permission!"Bookmark here

" But father! Some men were struggling!"Bookmark here

The Emperor slammed his fist on the desk. He got up quickly and slapped Mioa across the face and grabbed her by the throat, choking her.Bookmark here

" Don't you ever disobey me ever again you brat!" The Emperor threw her on the ground. Mioa left the study room shaking and in tears. Her father was a very angry man. He's been in millions of battles that nearly killed him. She didn't understand why he would be angry with her and not her other siblings. Mioa went to bed and started to cry. Wondering when things will get better.Bookmark here

Mioa, is now a teenager. Her older siblings are now married with children. The Emperor is an elderly man, frail, unable to battle. The Empress is now aging and has lost her youthfulness and gets called nasty names by the citizens. Mioa can now be able to become the new Empress of Japan! The Emperor hated the idea of her becoming Empress. He would still be abusive towards her even in his old age. Mioa couldn't wait to become Empress and show her father that she can be great. One day Mioa's older brother had fallen ill and was getting sicker each day. Morning came and news broke about the Prince passing away. This devastated The Emperor and Empress very much. Couple months later 2 other sons were murdered along with their wives and children. This news made Mioa very sick to her stomach. There was other horrible news, her sister was very depressed so she ended her life. Her older sister was losing her sight and her husband left her. The news had made The Empress very ill and was bedridden for years. The Emperor's health had gotten worse. Mioa took care of her parents despite them being abusive towards her as a little girl. Mioa's wish finally came true when she became The Empress of Japan, at just 16 years old. She got right to work, organizing papers, setting up meetings with other royal people, and training to become a warrior herself. She had fought in battles before, but now it's different because she is The Empress!Bookmark here

" Yes? What is it?"Bookmark here

" The Emperor...he's not doing so well!" Bookmark here

Mioa rushed to her father's room. He looked so frail and pale. Although he was very mean towards her, that's still her father.Bookmark here

" Father? Father! It's me! Can you hear me??" Mioa held her father's hand. But it was too late, the Emperor had passed on. A tear rolled down Mioa's cheek. She felt both sadness and relief. The Emperor's right hand man Keni, went to tell the horrible news to the Empress. Loud screams and cries echoed all through the hallway.Bookmark here

The Emperor's funeral was held the next day. Mioa and her remaining siblings all gave speeches about their father. The Empress had a blank and numb expression on her face. Then she started screaming and making crazy noises. Keni helped her up and gently pushed her out of the Church. He bowed at everyone and told them he was sorry. Mioa started to giggle a bit. She was both sad and happy that her father was gone. She then started laughing out loud. Her brother escorted her out of the Church as well. He frowned at her and she started to laugh again.Bookmark here

" Mioa, why were you laughing?"Bookmark here

" Because father is finally gone!"Bookmark here

" Why would you be happy about that? Father was a very grea-"Bookmark here

" FATHER WAS A PIECE OF TRASH! HE WAS ABUSIVE! " Mioa showed her brother the scars and bruises. Bookmark here

" I'm glad he's gone! He can never hurt me again!!" She started crying. Her brother hugged her tight. He never knew his father was abusive towards her. This angered him. It started to rain, they went back into the church and apologized. They continued the service for The Emperor. Bookmark here

Six years after her father's death, The Empress' health wasn't doing so good. She kept talking crazy, spitting at Keni and her daughter. Mioa took good care of her mother and would be by her side every day. Sometimes The Empress would be nasty towards her and say rude things or she'll be really nice towards her. Mioa was getting agitated with her mother’s behavior. Each day she was getting worse,Keni feared that the Empress would soon pass away. Mioa would spend everyday with her mother.Dinner time came and Mioa sat with her mother and talked about how her father would be abusive towards her. The Empress started to laugh, she turned to look at her daughter with a very angry expression.Bookmark here

“ You’re a lying brat! I wish I never gave birth to you!!” she shouted at her knocking her bowl of soup on the floor. Mioa looked at her mother shockingly and said “ Mother...father he hur-”Bookmark here

“ YOU’RE SUCH A LYING LITTLE BRAT! YOUR FATHER WAS AN AMAZING MAN WHO SAVED THIS CITY COUNTLESS TIMES! HOW DARE YOU TALK ABOUT YOUR FATHER THAT WAY! “Bookmark here

“ YOUR HUSBAND WAS A PIECE OF TRASH ! HE HURT ME AND ALL YOU HAVE TO SAY TO ME IS HE WAS THE GREATEST??” Mioa yelled at her mother with anger and tears streaming down her face.Bookmark here

The Empress started laughing again and spit at her daughter. Mioa then grabbed her mother by the throat, The Empress was gasping for air and trying to break free. Mioa started to choke her harder, but she then let go of her neck and walked out of the room. She turned to face her mother and said “ You know Mother, you’re a piece of trash too! Just like your husband.” She closed the door and went straight to bed. She started crying all night.Bookmark here

“ Greetings Soldiers! Welcome to the kingdom! Today you will be trained by The Empress Mioa herself, please do your best!”Bookmark here

Keni walked Mioa towards the Soldiers. They bowed gracefully to her and she did the same to them.Bookmark here

“ Hello Soldiers! Today you will be trained by me! “ Mioa smiled at all of them.Bookmark here

Several months have gone by and the Soldiers were well trained by Mioa. She was pretty impressed with most of them, but one of them caught her eye the most. He was a very handsome man, his hair blue like the sky and light green eyes. Mioa was smitten. She wanted to know his name immediately. The young man walked over towards her. Mioa started blushing.Bookmark here

“My name is Naito “Bookmark here

Mioa and Naito grew closer towards one another. He was her right hand man and was one of the strongest soldiers. Sad news broke as The Empress passed away early this morning. Mioa smirked and was also filled with tears. She couldn’t quite understand why she was crying for a woman who let her get abused by her own father but she was relieved. They held a funeral for The Empress. Many of her friends have come. Mioa thought to herself “ They’re finally gone!” she then started laughing while in bed.Bookmark here

Another six years had passed and now The Empress was the most popular almost like her mother once was. Naito quit being a Soldier for Mioa, got married, and had three children. This caused her so much pain, she was in love with him and wanted to marry him. Naito didn’t think it was right for them to be together and declined his feelings for her.Mioa was so furious that he hurt her, she wanted to make him pay. And she did just that. Her soldiers killed Naito and his wife.She kidnapped his daughters and forced them to live with her. She was happy.Bookmark here

The Empress smiled to herself. She was finally free of hurt and abuse. She looked at the empty chair across from her and said “ My sweet Naito,you could have been here celebrating my birthday with me...it’s a shame that I killed you on my birthday! So I guess that was my birthday present!” she chuckled to herself and started playing with her food.Bookmark here

“ I also have your beautiful rotten daughters, they’ll be mine forever.”Bookmark here

“ Happy Birthday to me, another year of freedom!” Mioa cheered to herself. She went to bed and thought about what she’s going to do with Naito’s daughters. She smirked and drifted off to sleep.Bookmark here 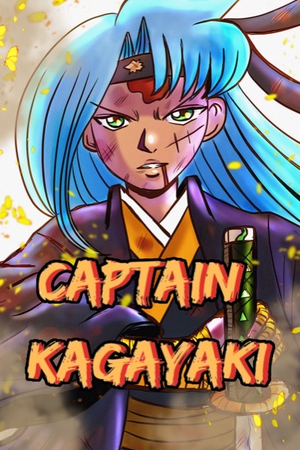