The World We Live In

100 years ago… a nuclear warfare broke out between the powerhouse countries of the world. It was a chaotic and destructive moment in humanity’s history. There is no one on Earth that wouldn’t get affected by the warfare. Many countries perished and many people died with figures numbering to a devastating and shocking amount. The only country to have ever survived the warfare was Japan due to its anti-nuclear warfare technology and it was effective… as the people there hoped. Japan wasn’t able to protect all of its land from the warfare and was only able to save half of it… well, not really. They hoped to save half of Japan but was able to save a little, or more specifically, a little of the eastern part.Bookmark here

In the year 2037, 70 years ago, Japan, re-established as Geiji, wasn’t able to advance further in the positive light of direction in their technology development as outside Geiji are the remains of nuclear warfare that continues to exist in the year 2107. This impacted the state of Geiji and resulted to the country living in a ‘low life’ but ‘high-tech’ dominated world— ‘Cyberpunk’.Bookmark here

ONE OF THE SCELERISTS INVOLVED IN THE MIYOKU INCIDENT BROKE OUT OF THE CHAMBER AND WAS CAPTURED AND ARRESTED IN MIYOKU, GEIJIBookmark here

Across the area, digital billboards suddenly have a woman reporting of a case of Scelerist activity that almost created a repeat of an incident that took countless lives of people.Bookmark here

A boy with jagged black hair wearing a school uniform and earrings, covered with a gray hoodie is watching the digital billboards.Bookmark here

“Huuuuuuh…” Toshiro was a little bit disappointed on Geiji’s jail system. “This proves that the prison chamber is ineffective to that Scelerist of such caliber.” He was watching the digital billboard, and was speaking to himself while standing still beside a bench of the bus stop, he was at, though a stranger heard his words. The government should improve its prison to more efficiently handle S-Class Scelerists, as he thought, while expressing disappointment. This is why more people fall victim to Scelerist activities, although it isn’t frequently occurring… just moderate. Toshiro leaves the bus stop and walks down the streets, crowded with people and machines.Bookmark here

Kahoro, a city of Geiji or rather the capital, is a place filled with lowly-futuristic designed buildings that emit vibrant and flashy colors, indicating so much activity within those infrastructures. The sun never shines bright in daytime, and the moon was strong in brightness during the night. Every day and night in Geiji are always full of activity among its citizens. It is a society that is restless in living—partying day and night, selling products they make, and working to make a living. Though everyone is quite comfortable and relaxed, you can’t tell if they’re happy or not about the current lifestyle of society. What’s more, peace is something longed by everyone in Geiji.Bookmark here

Scelerist activity have been moderate throughout Geiji in recent times. Many people have been victims of Scelerist incidents. The people down the streets are different to one another. There are people dressed normally, an attire for work or free time. There are people who lost parts of their bodies, suffered from amputation due to Scelerist activities. Almost everyone who had amputation decided to go with prosthetics that are poured with such technology that allows the prosthetics to be modified in quite a flexible way, influencing, and changing its traditional use and purpose. Some people have the normal prosthetics of which it functions just as a normal limb, while some have the prosthetics that looked really cool and high-tech in its design but could be either safe or dangerous because of its modification.Bookmark here

“I better get going quick. I got finals next month and I need to study as early as I can.” Toshiro rushed to go home to his apartment, he continued to walk as fast as he could despite the streets being crowded today.Bookmark here

He goes left, straight to a marketplace, the food section specifically, as it leads towards his home.Bookmark here

“Pizza! Pizza! No Artificial Flavoring! Every ingredient is real!”Bookmark here

The stalls down the market are crowded with people buying and looking for whatever food they’d like to try.Bookmark here

“You sir!” A woman calls the attention of Toshiro.”Do you want some Takoyaki? I’ll give you 8 pieces for 100 yen! It’s a pretty good deal just for you.”Bookmark here

Toshiro couldn’t skip the deal. 8 pieces for 100 yen? Then that’s 12.5 yen per piece. Toshiro goes to the stall and checks out the menu. 25 yen per piece? Her offer is too good to refuse. “Excuse me! I’d take the deal, but can you like separate the 8 pieces in two small Takoyaki boxes?” Toshiro asked kindly, he plans on giving the other half to someone.Bookmark here

“No can do,” said the woman. “Either you take the deal in one box, or you decline the offer and order two 4 pieces for 200 yen. This is a one-time offer that I’m giving you,”Bookmark here

Toshiro was annoyed to hear this, but of course it’s a discount too good to refuse. “I’ll take the 8 pieces for 100 yen then.”Bookmark here

“Alright!” The woman is happy of Toshiro’s choice. She picks 8 pieces of Takoyaki from the Takoyaki grill in such a professional and satisfying manner. The Takoyaki was quite big, but not too big. It looked like it was fair for it to be priced for 25 yen for each piece. She puts them all in one box and pours out the Takoyaki sauce and squid flakes.Bookmark here

“Hey mister!” A small girl approaches Toshiro from the side. She grabs onto his pants, pulling it repeatedly, trying to get his attention. “Can I please have some?” The girl pouts, making herself more charming.Bookmark here

Toshiro didn’t buy into the charm. Instead, he checked his string pouch to see if he has any money left. There is 125 yen inside, but he hasn’t paid for his order yet. He brings out his E-Pen—a thick cylindrical pen made of steel with embedded technology that is at the size of a hand, it serves as an e-wallet for digital payment. On one end, it has a dull point. On the other, it has a hole that fits a dull point of an E-Pen. On its surface is a button, once pressed, the E-Pen shows a hologram of the amount of e-money left within the E-Pen. The dull point serves to insert it onto a E-Cad, a device that allows digital payment via E-Pen, in order to pay digitally. The hole serves as a way to receive payment from another E-Pen when there is no E-Cad. The money will just be transferred directly from E-Pen to another E-Pen.Bookmark here

Toshiro thought of paying digitally. He pressed the button. His E-Pen displayed a hologram with the remaining balance: 1000 YEN. “Miss, do you accept digital payments?” Toshiro hoped that the stall accepts digital payment just so he can feed a small girl.Bookmark here

“Why yes!” the woman said brightly with a smile. “We accept digital payments.”
“I’ll order 4 pieces of Takoyaki for 100 yen.”
The woman typed the price in the stall’s E-Cad. “Here is our E-Cad. Please insert your E-Pen to pay.” She continues to smile brightly.Bookmark here

Toshiro pulls out his E-Pen. It displayed a hologram of his remaining balance: 900 YEN.Bookmark here

The girl was happy to receive the box. She smiled happily to Toshiro and left him without saying any thanks.Bookmark here

Toshiro smiled a little and goes down deeper to the marketplace. Suddenly, a truck busted through the marketplace coming from the main road to where Toshiro came from. It hit multiple stalls though no one hasn’t yet gotten hurt, but the truck was approaching him fast. Toshiro had no time to react. It looked as if he is about to meet his end.Bookmark here

“WATCH OUT!” the woman selling Takoyaki shouted to Toshiro.Bookmark here

From above, an entity swooped through the marketplace. Just as the truck was about to hit Toshiro, the entity brought out black blades that glows white from its back. It sliced through the truck in half very cleanly. The trucked went through Toshiro and by luck, the halves of the truck didn’t hit him. The entity saved Toshiro from an experience that would change one’s life.Bookmark here

The entity was a woman in black and white. She has a figure of a model, and it was very attractive for everyone around her, who saw what she did. She has jet long black hair with silver-white highlights and big breasts. Her visuals and appearance are alluring to see. One can say that it is love at first sight. From top to bottom is every attractive quality. She is equipped with two black blades that are powerful in combat, yet light to hold, and an exoskeleton that enables her to do physical movements beyond what the normal human body can do. A woman with such beauty, wearing combat equipment, makes her a pretty badass person.Bookmark here

The woman asked Toshiro, “Are you alright citizen?”Bookmark here

“Y-yes..” Toshiro replied nervously. He didn’t know what to do after what just happened. His nervousness came from the accident, and possibly, from the alluring appearance of the woman that saved his life.Bookmark here

“Atlas Squadron, this is Black Eagle. An unmanned truck busted through the marketplace in the Kabu District in Kahoro.” The woman reported what happened around through a communications device on her right wrist. “This must be the doing of Hakkai. All members of Atlas Squadron, continue the search of Hakkai. He must be stopped.” The woman busted out grappling hooks from the exoskeleton and brought her away from the area in rapid succession.Bookmark here

Toshiro heard everything that the woman said. He comes to accept everything that happened to him today quickly. He goes down to the marketplace further, and eventually arrives outside at the apartment he lives in.Bookmark here 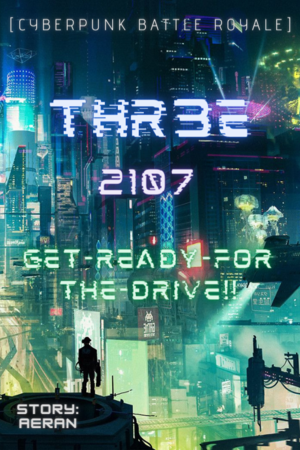