It was a big house. A very big house. Actually, I think a house like that is called a mansion. It was white. Sleek and modern. The woman pulled out a key from her purse and opened the door for me. I took off my shoes at the entrance and slid my feet into some slippers. She showed me the inside while talking to me without taking a break. I kept following her and nodded my head. Occasionally, I let out an “ah” and an “oh” to not be rude. I wasn’t listening to her at all. She kept handing me things and insisted for me to take notes. She talked and talked while I watched and watched. Her phone rang. It was the standard Samsung phone ringtone. She excused herself and stepped away from me. I saw her shaking her head and mumbling something. We said our goodbyes and I headed out. It was raining and I didn’t bring an umbrella with me. To begin with, I don’t own an umbrella. They are a hassle. Rain has not killed anyone yet. I lifted my hood over my head and plugged my ears with some music. It was only about a 15-minute walk to the train station anyways.Bookmark here

That same day repeated itself several times until a week had passed. My schedule wasn’t hard. It was simple. I had to follow some rules and do my job. Like any other job. I needed the money, so I accepted it. They needed someone urgently, so they accepted me. Whoever “they” were. I saw other people working but our interactions were kept minimal. I made sure of it. It was a 3-month contract. I signed it. The woman who I forgot the name of, kept the original and gave me a copy. The tasks were simple. Handling them would not be a problem. She hesitantly gave me a set of keys and left before me. The sole of her black pumps was coming off. I decided to keep quiet. I walked around alone. No one was here. My steps echoed through the hallway. I got goosebumps on my arms. I locked the door and pulled my hood over my head. I took three steps and turned around. I grabbed the handle and shook it. It was locked. I pulled out my earphones and placed them in my ears. It was raining again. Bookmark here

I was wearing my black face mask. Why? Because I am allergic to house dust mites. I had to dust off everything and tidy stuff up. I was wearing surgical gloves too. Why? Because I don’t like touching other people’s belongings. The song I was listening to was really good. It was released yesterday. I was interrupted by a man knocking on the glass door. I opened it. He told me that he was with the dry cleaner company and here to deliver some clothes. I was asked to open the front door. I did. The clothes were heavy. I shuffled my way into the bedroom. Why did it have to be on the second floor? Don’t get me wrong. I am not lazy. I just don’t like stairs. But going down is not too bad, I guess. The sun was going down. I took my time today to do all my tasks. The light in the living room was on. I was sure I turned it off. You should always save electricity. It was probably him who turned it on. The man in the suit standing in the middle of the room. Bookmark here

“Can I help you?” I asked.Bookmark here

“Who are you?” he asked.Bookmark here

“I asked a question first,” I said.Bookmark here

I took out my earphones. He did not seem to be too bothered by me. His long fingers were typing something. To him, his phone was a higher priority than me in that moment. I grabbed my things from the counter. Bookmark here

“How long have you been working for me?” he asked.Bookmark here

His phone rang. He sighed and went up the stairs. His phone rang again. I made sure to lock the door behind me. It was not raining today.Bookmark here 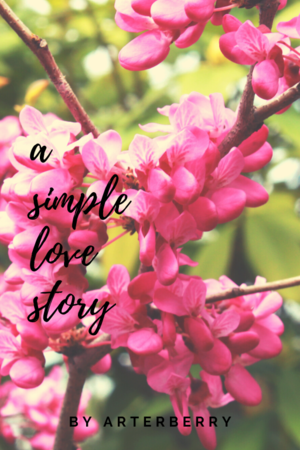