His footsteps were silent. Noises were drowned by the soft, white snow. It was quiet and serene. He had entered a winter wonderland. How long had it been since he had last visited this place? A place where his fondest memories were buried. How long did he have to wait until he would find her again? Nonetheless, he waited and waited; patiently and in silence. Loneliness had been creeping up on him. The curse was broken. He was free. Time went on. The clouds were slowly moving across the blue sky. The sun was peeking in through the mountains, colouring everything in a golden light. He fixed his knitted scarf and kept walking. Snow and ice were covering the rock. He stood quietly, staring at a flower that had bloomed. A single, delicate snowdrop was growing from underneath the snow. For him, it was a sign of hope. It was a promise. A rustling sound interrupted his thoughts. No one was supposed to know about this place, except for two people. There she stood, between the trees. He thought that he was dreaming. She walked closer to him. A warm smile was painted on her face. The boy ran and embraced her. A long-awaited relief came over him. He could not believe that he was holding the girl in his arms. It was an ending he desperately wished for. Finally, the boy and the girl were freed from the chains of the secret they held for so long. It had become truly a forgotten secret. 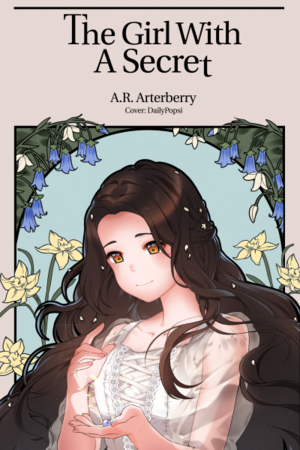