The Starless Eye of a Fake

The question was echoing in the void, we both know each other sice that ‘accident’ or maybe before that, I think its not so surprising that Testuyama doen’t know her. In fact, her data in the databook of the city is very offuscated.Bookmark here

The power of her was flowing so strongly that her golden hair was shaking and her red eyes were glomming forming the drawing of a four-pointed star.Bookmark here

Some pencils, pens and some chalks from the classrooms began to fly towards her, the thing are going to became a little dangerous.Bookmark here

“A ‘concept’ based power? This is gonna be interesting as hell”Bookmark here

Tetsuyama was excited and motivated to win the fight, however, I was more concerned about the situation that would lead Sekai to fighta against me.Bookmark here

“Sekai, what do you want?”Bookmark here

“Sorry, but I have to… I am gonna defeat you”Bookmark here

Her sentences were franklying, I could feel the sincerity behind every word, Tetsuyama was confused, but she also could see that a battle was iminent.Bookmark here

To search for some help, I openned the door to reach the classroom, but it was too late… everyone was sleeping soundly , this was the effect of some words, that were shining, in the every piece of this classroom… yes, this was sekai’s work.Bookmark here

“Looking for help is useless, when both of you were distracted during the class, I wrote the word ‘sleep’ in every surface of this school”Bookmark here

I smiled in confidence, this was my last resource… I didn't wanted to waste in some random fight like this one, I putted my hand in my leg and said:Bookmark here

“Let’s run the damn it from here”Bookmark here

“What?! Wait… this must be a joke”Bookmark here

Testuyama and I began to run to reach the gateway, if we could reach it in time… maybe, only maybe, I can still use my hidden card.Bookmark here

“What we gonna do, Nise?”Bookmark here

“We will search for some help”Bookmark here

“I can’t belive in something like that, just use your power”Bookmark here

I activated what was supposed to be my 'triumph card,' my own power by pact, to show to her, that, I am…Bookmark here

“You… Your eyes eyes are starless”Bookmark here

“Yeah, my power is having none power, I am just like the elder ones!”Bookmark here

“But last night, I saw...”Bookmark here

She was getting closer, but you could tell how breathless she was from her voice, despite her body, she was never athletic anyway. When we got closer to the exit of the school, there was a word written in it, oh, no…Bookmark here

“Damn, I was too late”Bookmark here

A giant rock appeared blocking the way, we cannot escape… we are stuck with her, I need to thinkm I need to think, I curse myself for being unable to think is some crazy plan.Bookmark here

“Let this with me!”Bookmark here

Tetsuyama she screamed loud as she touched the stone that blocked the way, after she touched the rock, it began to shine in some kind of a fluorescent green, she pulled something from it, this was a…Bookmark here

“Come to me, Sword King”Bookmark here

A gigantic sword was formed from the iron inside the rock, she wielded the sword, she was prepared for war. Meanwhile, Sekai was getting closer and closer, she she took a chalk from her pocket and wrote in the plain air:Bookmark here

A sword as big as Testuyama's sword appeared in his hand, the two run in the same direction banging their weapons against each other, you could hear the crack of their swords in the distance, I was.Bookmark here

They were fightging with motivation and and enthusiasm, it was like I had forgotten that my life depended on this fight.Bookmark here

“You too, miss Sekai”Bookmark here

Sekai said it with a smile, she grabbed one of chalks, that was flying around her, and she wrote something in the air.Bookmark here

“Hell no, I am not going to read it this time”Bookmark here

Tetsuyama kicked the air, which the word was written, the kick not only annulled the magic as well as hitted Sekai, that got stunned for a second.Bookmark here

Sekai was whisper some sentences, which I almost couldn't hear, but I know that what is coming will be complicated for Tetsuyama to fight alone.Bookmark here

“Come to me, The Word World”Bookmark here 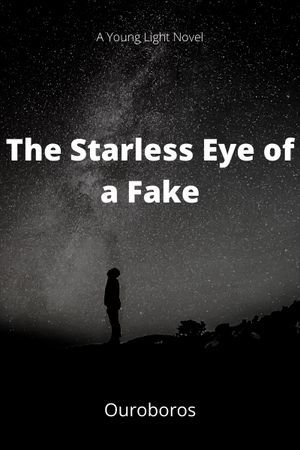 The Starless Eye of a Fake 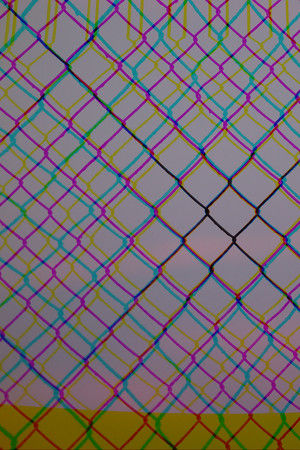