The sunlight pierced my eyelids, trying to wake me up. The place I was currently residing at was completely in the shade, the entire city is. I slowly opened my eyes, forcing them to adjust to the blinding light, and squinted in the direction the light was coming from. Over there, way in the distance to the south, stood a giant mirror lodged in the sand.Bookmark here

“Nnng… god…” I angrily mumbled. How does someone misplace a mirror that big? This mirror is normally planted kilometers outside of the city, directing sunlight all the way over to one of the giant solar cells to be converted into electricity. I figured that someone must’ve already filed a complaint, so I stopped worrying about it. Bookmark here

I turned my head over and looked at the dirty clock next to my bed, the dirt and dust so thick I could barely see the lights behind it. The time said 6:57, a mere 3 minutes until it told me to get up and out of bed.Bookmark here

I moved my body up, and my head out of the sunlight, and slid my legs out of bed. My room was small, only enough space to fit a single-sized bed, a sink, a closet, and a small table in the middle. There was a shared bathroom down the hall that me and my neighbors all used. I opened my steel closet using one of my socks, the sunlight heated it up to temperatures too hot to comfortably touch, and decided whether to put on my Cliff Scaling or Dune Marching gear. I chose the dune marchers, no particular reason, I guess at the time I was swayed by supernatural forces.Bookmark here

After laying the Dune Marching gear on the table, I slowly put all of the equipment on, the aeroglass pants and long sleeve shirt, the dune boots, with a half inch of copper aluminum alloy at the bottom to withstand the heat of the sand, an insulated backpack with a coolant system inside, some painfully normal gloves, a mask connected to the cooling system in the backpack and the small tubes running through the rest of the clothes, metal plates secured around my torso, arms, and legs that had insulation behind them, and a metal kasa hat that could fold up and be magnetically attached to the backpack.Bookmark here

After all of my gear was on, I connected the shirt, pants, gloves, boots, backpack, parts of the mask, and the metal plates together with mostly latches and a few zippers. I gave everything a good shake to make sure it was secure, opened my door, and stepped out into the shaded city. Bookmark here

The hot, dry air nearly makes me gag. The difference between the inside of my apartment and outside contrasted each other to a degree that would make a weaker person go into shock. Even though I was used to the change, I couldn’t help but feel sick after experiencing it again. The dust didn’t help it either, it seemed everything was coated in the stuff. I took my finger and dragged it across the railing opposite my door and found my hand full of brown dust. Bookmark here

There were no cleaning services in the city, there's no use cleaning something that will become dirty in a matter of minutes. By the way, the reason for all the dust, or in other words, grains of sand so small the wind can carry them from the desert all the way into the city, are exactly what their description says they are.Bookmark here

I trudge through the hallway over the stairs, I only woke up a few minutes ago, and was still tired. Bookmark here

I step down the stairs and gaze upward, toward the Ceiling. It’s an enormous structure that covers the entire city, shielding it from the sun. In public documents, the City says that the Ceiling is 20 kilometers squared, and 10 meters thick. Many support pillars dot the City, each being 10 meters in diameter. The Ceiling is held up half a kilometer above the ground, allowing plenty of space for tall buildings. I’ve always wondered how the City of the past constructed the Ceiling. It’s made mostly of steel, so I wonder where they obtained 4 billion cubic meters of steel. It obviously wasn’t very close by, we should’ve found the area where they dug out all of the iron and carbon required to make the steel, let alone the factories needed to synthesize it.Bookmark here

Pushing the thought out of my head, I found myself On the street, I managed to walk all the way down the stairs and through the lobby nearly unconsciously. I set off on my way to the train station, where the magnetic hover train would transport me to the desert outside of the city. Bookmark here

My trek to the mag train was simple, I just follow the street my apartment complex was on north all the way to the main road, then take a right, and after a minute or two of walking the station was right in front of me.Bookmark here

I took a right and turned my head around to face the outskirts of the city, the rolling dunes of sand seemed to stretch on forever. After turning right, I normally made my way to an old colosseum, circled around it to the main road that ran right by, and followed the main road all the way to the train station. This route actually took longer than going straight to the main road, but I liked it more. Every time I passed by the colosseum, I felt a weird mix of emotions seemingly out of nowhere. I felt a sense of comfort, that there was something inside of the colosseum that would protect me if I were in danger. It also instilled in me a slight feeling of extreme discomfort, a sense of danger easily ignorable, but if focused on would consume my mind to the point that I would scramble back to my apartment complex in fear. The colosseum was intriguing in that way, able to make me feel two entirely different things at the same time.Bookmark here

Today I really didn’t want to take the colosseum route, probably an unconscious decision from my brain, saving me from the terror of the colosseum. I just took the plain route, straight to the main road.Bookmark here

On the way there, I passed by a group of children playing something on the ground, beforehand they drew a triangular grid on the ground with chalk, and were now moving small circular pucks across the grid. I didn’t understand the rules, but I presumed it was a descendant of a game I used to play as a child that used a square grid and pucks instead of a triangular one. Bookmark here

The man was dead. The stench touched my nose right through my mask. I felt bad for this man, despite not knowing anything about him. He might’ve been a lonesome man, with grand dreams that never came to fruition because of dumb luck, or he might’ve been a filthy rich bastard, and died from an overdose of a drug. Both possibilities are sad, but in vastly different ways. I turn my head away from the corpse in shame and hurriedly walk off, a feeling of discomfort rising within me.Bookmark here

I finally stepped onto the main road, and was met with a rather sad sight. Not many people about, due to the currently low population of the city, and barely any cars about. I was rather poor, I never had any kind of device like a car to make it easier to get from place to place. I never really cared though, I liked walking along the main road, it made the city feel more alive and populated than it actually was. It’s not as if the city is in trouble or anything, there’s no droughts or food shortages, despite being in a desert. Bookmark here

Many people think that the small population size of the City is due to an overall lack of motivation. Motivation to find a partner, motivation to mate, to work, to experience anything fun. The morale of the City has not gone up since the war a few years back, ever since it seemed as if everyone was in a constant state of depression.Bookmark here

I myself haven’t had that much motivation either, but definitely not as bad as some other people, I still go out Dune Marching. It doesn’t really help that there seems to be a lot less women than there are men. That has been a mystery for a long time, long before I was ever born. Bookmark here

I finally reached the train station and looked up. The entrance was an arch with the words “Mag Train Station” on it. There was another word after those, but it was either worn away or someone scratched it off. Not to mention the dust that encased everything.Bookmark here

I walked up the small flight of stairs onto the platform, and waited for the train to come. Another person was already there, waiting around on a bench. They were a bit shorter than me, and they had thinner shoulders and waist, so I assumed they were a woman but I couldn’t really tell because of the mast and goggles. Bookmark here

I took a long look at their outfit, and was thoroughly impressed by it, it looked expensive. Normally someone with so much money wouldn’t waste their time with something like Dune Marching. Dune Marching is a low society job, most people would rather do anything other than Dune Marching because of how uncomfortably hot it is out on the dunes. Bookmark here

After looking at her face I realized that I forgot my goggles at home. I was about to turn and run away to my apartment to grab them, then run back and hope that the train still hadn’t come, but the woman that just came called out to me right before I could sprint off.Bookmark here 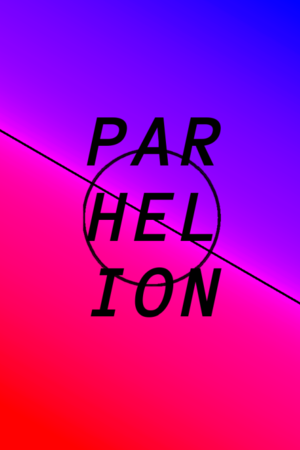