An inn at the top of a cold hill

I had been driving throughout the night. The sun was just rising and my eyes were beginning to feel heavy. I decided to stop and have a quick drink. I reached over to the back and managed to grab a hold of my stainless-steel flask, however, with the weight distribution of the flask it was pretty evident that the flask was practically empty or had very little coffee in it.

Giving myself an annoyed scoff, I parked the car and took out the small camping stove that I kept in my trunk. It was not the most convenient item to reach, given that it was tucked in between my travel bags and other items. But eventually, after a minute of rummaging through my stuff, I managed to get a hold of the items to fill my flask up with coffee. Mainly just a can of cheap instant coffee, a small kettle, and a small camping stove. I closed the trunk and set up the stove directly in front of my feet.

The morning was cold, but you could see the sun slowly rising over the horizon, turning the pitch-black sky into a ‘deep Persian blue’ making it seem as if my stove was heating the scene. My hands were beginning to feel cold so I crouched over to the small stove and attempted to warm my hands, which proved to be futile given the small amount of heat dissipated by the stove. Giving up on the pursuit of warming my hands, I proceeded to shove them inside my jacket’s front pockets and idly look at the landscape whilst waiting for my water to boil.

I realized that I had parked in front of a paddy field. You could see the outline of a small town in the distance. There were a few lights that were beginning to light up, mainly people starting their days early.

I looked at my surroundings, taking in the simplistic, yet beautiful nature of the Japanese countryside, when I was so rudely brought back down to my sad reality by the sound of my small kettle whistling, letting me know that my coffee was ready.

These were all but bitter-sweet memories, memories that made my heart feel cold and heavy, that sense of nostalgia instantly dissipated and all that was left was the bitter aftertaste of coffee in my mouth, urging me to get back on the road. I poured the coffee into my flask and packed my stuff up. Making sure that the portable stove wasn’t in contact with anything flammable inside my trunk, god forbid my spare 2 liters of petrol, not that I’m all too worried about being burned to death, but I’d rather not die alone, in the middle of nowhere.

Getting back in the drivers’ seat, I poured some coffee into the flask lid, which doubled as a cup and placed it in the cup holder, and began to drive towards the town, telling myself that I needed breakfast. It was somewhat of a short drive. I drove along the empty roads until I found an inn on top of a hill towards the eastern end of the town. How did I find this in you may ask? Well, there were plenty of signs posted all over the town referring to an inn on the top of a cold hill.

The inn’s front desk was unmanned and had a little bell, which I rang instinctively. The inn seemed like your standard house from the outside, granted that it was a somewhat large house, which was clearly the owner’s family home. The ‘reception area’ seemed to have been a front room where the family would have spent their evenings having tea and chatting about what had happened that day. Maybe the room was used as a sort of closed-off veranda or maybe it was a veranda that was renovated to be a closed-off room. As I observed the room, my train of thought was disturbed by the sound of a door opening.

The door in question must have been the former entrance to the house. I have to say it caught me by surprise, not because of the noise, but me not noticing such a door even being there, despite it being in the middle of the wall that was the first thing you saw when you entered this room. To add to my already heightened curiosity, it was not an elderly gentleman or a lady who stepped out, but a young girl who could not have been over 18 years of age. She was dressed in a dark orange colored sweater and wore a pair of grey sweat pants.

She looked at me and as she was tying her hair into a ponytail and greeted me saying “Welcome to the Cold Hill-Top Inn, how may I help you?” her expression being extremely blank and somewhat sleepy, but then again, reading people was something I was never good at.

The name of the inn made me chuckle ever so slightly and I replied to the girl saying “Yeah, so, I’m just passing through the town and I happened to need breakfast. Would you guys happen to serve breakfast here or do I have to be a guest?” I asked the girl.

She asked me to give her a moment as she walked back into the room where she came from. She had me waiting in the ‘reception area’ for about a minute before she returned. At which point she gave me the reply I had been waiting for “Yes, we do have breakfast, however you’d have to wait about 15 minutes.”

After taking me through the main entrance, we walked past what must have been a main living area and past a few rooms till we reached the back half of the house, where you had a well-kept dining area which had a large outdoor section overlooking the outskirts of the town.

The outdoor area seemed to be the perfect way to watch the town come to life and an even better way for me to relax after a long night of driving. I went ahead and ordered the standard breakfast of rice and curry. As the girl had mentioned before, the meal needed about 15 minutes to be prepared, so I took the time to appreciate the scenery.

The view was great and the air was refreshing, a stark contrast to my Tokyo apartment’s view of the road and smokey fumes of vehicles. I could feel my heart getting colder and colder the more I thought of my life in Tokyo.

So, there I stood. In the dining room of the Cold Hill-Top Inn, wondering if I’d ever reach home. 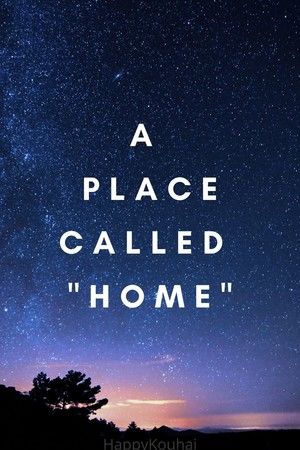