How? It couldn´t be. It was January, and in his country, January was in the middle of summer. He had even gone to the beach.Bookmark here

“Huh?” Instead of beach, there was a big forest formed by large, snow-covered trees.Bookmark here

All that he wondered as he was carried away from the plane that brought him there… or what was left from that plane. He was shivering because of the cold, but also because of fear, despair and uncertainty.Bookmark here

“Her… Mike… P… Gol… we are being surrounded… everyone at Gr… retreat…” He heard coming from one of the multiple radios in the dash of the van, very distorted.Bookmark here

“Mayday, may…, ma…, Emergency Flight 107, minimum fuel on boar…, losing altitude over Zagreb. We have 50 lives on bo…, I need instructions” said another one, more clear than the previous one.Bookmark here

And there were around ten of those radios on the dash of the van, all of them afwully shouting while asking for support or immediate help. He couldn´t focus at all of them, but they all had a common message: They were all on their own.Bookmark here

There were seven people on board of the van. Two of them were soldiers, and the other five were young people, around his own age. It made sense though, as that plane carried between ten and fifteen of them.Bookmark here

“Prepare to descend quickly, we are about to arrive” The driver announced.Bookmark here

The van started to shake, following a path of sharp turns. He was still thinking in everything that was going on. On how all that happened. He couldn´t understand.Bookmark here

“How…” Was all he could think, before starting to face reality.Bookmark here

The van made its last turn, and in front of it appeared a huge fortress-like structure. It had tall walls and watchtowers that made it look like a Roman Empire bastion. A very impressive structure, and at the same time frightening. The sole thinking of him going into there terrified him deep inside.Bookmark here

And by crossing that heavy gate, his life would drastically change. Even more than he could imagine.Bookmark here 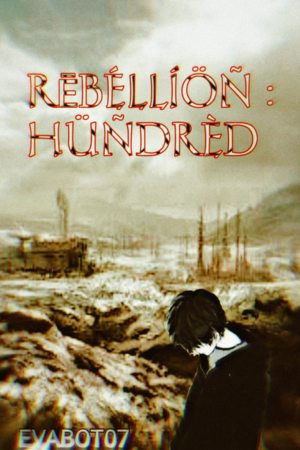