Day becomes night, night becomes day, over, and over, and over. All he can do is watch from the small window to his right, as Nakano help with all the household work. Living the life of a cripple, to the point of eating porridge takes a toll on him, all he thought was that the situation he was in 'sucks'. Nakano not being able to withstand seeing Maruki suffer anymore longer, had commissioned a priest from the next town over, to have Maruki a gentle, quick yet painless passing.

Nakano, anxiously waiting outside, from afar, she saw was a brown-ish speck, passing over the hill slowly creeping towards their cottage. When arrived, was a traveling merchant on a wooden carriage pulled by a horse, from the back, came out a tall man with bulky rectangular glasses and dark circles under his eyes, carrying with him nothing but a dusty old leather bag.

"The name's Teru, were you the one who commissioned me here?"

"Yes.. as you can see this is the only building in miles.."

Nakano leads Teru inside to see Maruki deprived of all life, lying helplessly on the bed. He tilts his head to see that there is another new face in his cottage.

"Another merchant.. you hired, Nakano..? Nice to meet you, but you should really go.. You'd just end up wasting your time trying to cure me.."

"Cure you? Who said anything about curing you?" Teru replied with a confused look.

Maruki menacingly glares at Nakano, who had a nervous look on her face, trying to avoid eye contact by all means.

Teru walks over to Maruki's side and pulls out a comically large knife.

"My magic doesn't really kill you but rather make your body go numb, unable to feel anything. So close your eyes and pray for the best"

As Teru starts chanting, Maruki starts feeling sleepy and tired, consciousness fading slowly and slowly. Nakano clenching his hand by his side.

"I can't believe it.. I'm seriously going.. to die before I.. turn 22.." Maruki sighs in defeat.Bookmark here 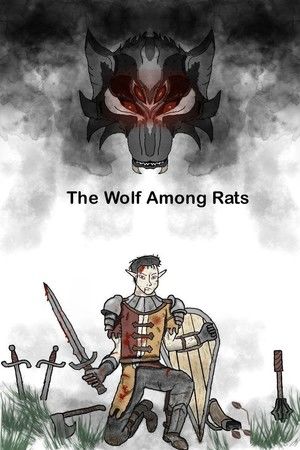