Please Describe in a maximum of 500 words your career plan.

I have been staring at this paper the homeroom teacher gave us, for the last couple of hours. You would probably assume that, it is normal to get lost thinking about our future, but is it really the case? Do we really have so many paths to choose from, or is it just a lie?

After high school what should I do? In theory I could find a job. I live in Tokyo so it should not take me much effort; or I could always go to university, which would grant me an approximate four more years of home cooked meals, oh and a piece of paper at the end. But am I really free to decide between these two options?

My parents are modest workers with an average annual income, they did not go to university but of course expect me do so and, let’s be honest, that piece of paper will automatically make my salary higher. So, one option is already discarded.

For university, you have two options: liberal arts or science. Statistics say that, in Japan, 72% of students enrolled in science universities are males while, in liberal arts, males account for only the 20% of the total. So mathematically speaking there is already a big chance that I am going to choose a scientific university, plus I’m into computers.

Career plan done, enroll in a Computer Science University and find a job at a random IT Company, simple enough. But why am I not satisfied? There is something that bothers me. Why the teacher gave us a maximum of 500 words? A couple of lines are more than enough, and why did she say: “You have one month starting from today to fill your paper?”, while it should just take a couple of minutes of rational thinking?

While I was still immersed in my thoughts the bell rang and I realized I almost lost all the second period trying to answer questions that I was asking myself. Fortunately, my friend Hayato quickly brought me back to earth.

“Satoshi? Hey Satoshi, are you all right? Spacing out as usual I guess.”

“Oh, sorry Hayato I’m just a bit tired, did you say something?”

“Shouldn’t you be supposed to have club activities this afternoon?”

“About that, there is something that I would like to talk to you about, are you in?”

“Sure, give me one second and I’ll be ready.”

I already knew what was going on. Hayato is in the basketball club; he is really good and often talks to me about how he would love to turn his passion into a job. He always speaks with so much passion about his future, and sometimes I envy this side of him.

It’s been a couple of weeks since I started noticing a change in his mood, I have known him since elementary school, and I can easily tell when something is off, even if he tries to hide it. I asked the basketball club and they told me he did not show up to practice for over two weeks, last time they saw him, he was talking with the coach in his office, and later they were told Hayato was going to take a break for medical reasons. Now, he finally gave up and decided to talk with me about this. It should not be anything good…

And there I was right, unfortunately.

“So, this disease that affects my right knee will not allow me to put much pressure on it, when it comes to daily life it’s not a problem but if try doing anything more, it gets painful. There is not much to do, even surgery wouldn’t help me recover my knee.”

In this kind of situations, I do not really know what I am supposed to say, I am just acting as if I was completely oblivious to all of this.

“Sorry for keeping this from you, but I wanted to tell you only if I had the confirmation that nothing could have been done. I still believed that anything was possible but now I came to the hard realization that this is far from the reality.”

To break my silence, I came out with the only thing I had in mind.

“So, what are you going to write on your career plan now?”

I just realized how stupid and insensitive this question was, but as I said, I do not know how to converse in these situations; it is already difficult for me under normal circumstances.

Hayato looks at me. I never saw someone’s eyes so empty in my entire life. He replies with a faint voice: “I… I don’t know…”

After that, we decided to call it a day and we headed home on our own, while walking I was trying to find a way to properly apologize to Hayato the next day.

As soon as I opened the door an incredible aroma struck me. Remember when I told you about having home cooked meals? Well that’s because we got a chef, but it’s not your traditional chef, indeed it’s my little sister Miyo, who is two years younger than me but she is already a goddess when it comes to cooking, while I can barely make rice in a rice cooker.

“Welcome home big brother, dinner is almost ready; you took your sweet time today! What happened? Finally out with a girl?!”

While I was walking inside, I briefly answered to avoid any further questions from Miyo because I certainly was not in the mood to think any more about what happened that afternoon.

“Dream on, I was just with Hayato, we had a coffee that’s it”.

“And here I was, ready for you to introduce me to your new girlfriend”.

I know she cares about me and so do I, but sometimes she is just a pain.

When I was done changing myself, I went straight to the kitchen where my sister was ready to serve dinner in a pink apron, and while doing so she asked: “Everything ok at school?”

Sometimes I feel more like I am the little and spoiled one here.

“Nothing really out of the ordinary, Miss Kamuro, our homeroom teacher, gave us a career plan paper to fill.”

“Oh cool, what are going to write then? You decided yet?”

“I guess I’m just going to say that my best option is to go to a university and find a job in the IT field, nothing too crazy, what about you? You would probably say something like: I would like to open my own restaurant, am I right?”

“Well I don’t know yet for sure, I still have time to decide” she said that with a little provocative laugh.

“That’s right, you still have time…” and we ate dinner. 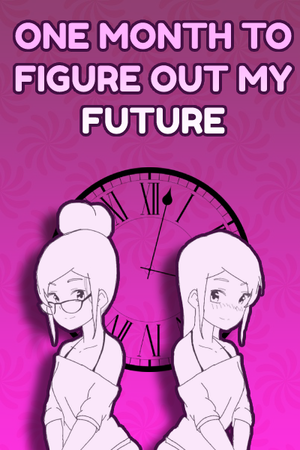