the boy against the sun.

Light swam around the silhouette of a slender boy hanging off our roof's railings.Bookmark here

Jet black hair was flowing with the wind and lifeless eyes absorbing every little bit of light hitting them.
Bookmark here

His feet were planted on the outer ledge, and his arms extended as his body formed a triangle with the railing.Bookmark here

A slight push or a simple loss of grip was all it would take to end his life. Bookmark here

The first sight that I was greeted with as soon as I entered the school's rooftop was of him getting acquainted with death.
Bookmark here

Not the breathtaking sunset, not the dark hills in the background, but a suicidal boy and floating black feathers.Bookmark here

Suddenly my heart pumped into overdrive and my mind went blank.Bookmark here

'What the hell is going on right now?!'Bookmark here

I tried to calm down and assess the situation again.Bookmark here

I aggressively rubbed my eyes to see whether he's real or if I'm imagining that he's there. But even after they turned red, nothing changed. The boy was still hanging off the ledge. Bookmark here

I wouldn't dare feel sorrow for a boy I haven't talked to for three yearswhole years. I was just overwhelmed.Bookmark here

I wiped the water dripping from my eyes off my eyelashes with my bow.Bookmark here

Kino Nori, the most popular boy in school, was apparently suicidal. A boy who had everything, from looks to brains to money to a distinguished family, was hanging off the ledge to kill himself.Bookmark here

A boy over who every girl fawned over was leaning off the place I consider my sanctuary. I wanted to feel terror and anger but all I felt was inexplicable with any words I could up with right now.Bookmark here

It took a minute but his face turned to me after he finally noticed the open door.Bookmark here

"Umm Rena-san… can you please come later?" He opened his lips slightly.Bookmark here

People lose control of their tongues on a daily basis. Many people say things that they don't mean to. I wasn't an exception.Bookmark here

"Why should I leave?" I asked bluntly.Bookmark here

"I don't want you to see something unpleasant." He replied. His voice didn't grow any deeper since the last time I talked to him. But it felt devoid of any emotion that he would have had left.Bookmark here

"You won't be able to remember my inconvenience after you die, so how does it matter?" My words were brutal. Well, I couldn't exactly be my sanest self after witnessing a guy who was about to kill himself!Bookmark here

"It'd bother me. I do want to go ahead with this but not at the expense of causing someone else trouble." He replied calmly.Bookmark here

"Like I would care about whether you die or not. We are practically strangers now. If you were to die here, they would close off the roof. So I might as well enjoy my last time here." A crude voice escaped my throat. Bookmark here

This isn't what I mean to say. But it would be wrong to say that all the words I said were involuntary.Bookmark here

Add to this the fact that I called a person I had known my entire life a stranger and that this person also happened to be my ex.Bookmark here

My brain had already overshot its limits.Bookmark here

'My head hurts.' I rubbed my fingers on my temples.Bookmark here

I hated the idea of death. It is a notion I was a little too familiar with. And as if stating the obvious, I knew that suicide is the worst way to go. I've heard of suicide more times than I feel comfortable with. Bookmark here

The word came up when talking about cities, jobs, school, and pressure. Issues you'd usually discuss with high-school third years. It was everywhere. It even found its way into conversations with my family. Bookmark here

But seeing it actually happen in reality, that too with a person I was acquainted with? I felt disgusted. It felt like what he's doing is denying my entire way of living.Bookmark here

In the short time that I'd seen him again, I came to understand this new feeling boiling inside me. Annoyance. Annoyance borne from the fact that I couldn't understand him at all.Bookmark here

The crows constantly flew around us as if they were waiting for him to fall down so that they can feast on him. Their feathers floated down on us, and the sun gradually started to dip over the horizon. It felt serene. It felt disorienting.Bookmark here

My thoughts were disorganized but my lips opened on their own. It was like when your mother hands you the phone and there’s some unknown relative on the other side. I wanted to stop him somehow.Bookmark here

"Are you sure you want to die?" I asked him.Bookmark here

I'd become conscious of my change of attitude so I tried to calm myself down as much as I could. It was impossible to be completely unaffected.Bookmark here

Anyone in this situation would persuade him to come down and hear his story, but I can't get myself to do it. It's a burden that I'll have to take away from him at the expense of dealing with it alongside him. It would save his life, but it would make me go through all the pain that he's going through.Bookmark here

My life isn't the best as it is, adding his problems to mine is something that I won't be able to handle.Bookmark here

I don't go out of my way to help anyone, but I don't ignore people in dire need of help either. He clearly needs my help right now but I don't want to help him in the slightest. Bookmark here

I can't help but dislike someone who doesn't know the value of having a life.Bookmark here

Nonetheless, helping him is a decision that I'll have to make, to keep myself sane.Bookmark here

"Yes. I only came up here after confirming that." He answers in a composed manner.Bookmark here

"So you have nothing left to lose, right?"Bookmark here

"Then can you do me a favour?"Bookmark here

"As long as it's doable."Bookmark here

I turn my head to face him but he continues to look straight ahead. His face has even fewer pores than mine does, his eyelashes are so long they almost look fake. What a complete waste of looks.Bookmark here

Ugh! I need to say something to get him back on the ground. BUT WHAT?!Bookmark here

"Go out with me."Bookmark here

Wait a minute. What did I say just now?! Bookmark here

Did I just ask a guy (I just admitted to hating) out?! Didn't I say that I didn't want any other burdens in my life? No nuh-nuh-nuh-nuh no. This can't be happening! Bookmark here

I can't even go 'sike' in a situation like this. I know I'm not the sharpest tool in the shed but this is a little too much even for me. This isn't just stupidity, this is already way past insanity!Bookmark here

"Woahhh... ah!" His surprise makes his right hand lose grip but I grab it and pull it back before he falls down from the roof. Committing suicide after receiving a proposal seems like the worst answer you can give someone.Bookmark here

Not that I actually meant to ask him out! What the heck is going on?! Urghhh.Bookmark here

He puts his hand on the railing and regains his balance he just stands there with his head tilted to his right. His pure black iris contrasts his large flustered eyes as they stare into mine. His gaze tries to examine my motive. Too bad for him… not even I know what it is.Bookmark here

After a solid few minutes, Kino-kun gently snatches his hand away from mine and swings around and hops over onto the roof. Did he give up on suicide? Just like that? If he was willing to live enough to just give up suicide after a proposal why did he want to kill himself in the first place?Bookmark here

"If you don't mind going out with me, then I'll respectfully accept." Or so he says. This day can't get any worse than this, can it?Bookmark here

A guy I've talked to for the first time, the same guy who was about to off himself, somehow ended up becoming my first boyfriend.Bookmark here

I have to ask but WHAT SORT OF SHOUJO MANGA BULLSH7T IS THIS?!Bookmark here

[A/N: An illustration for this chapter is in the showcase.]Bookmark here 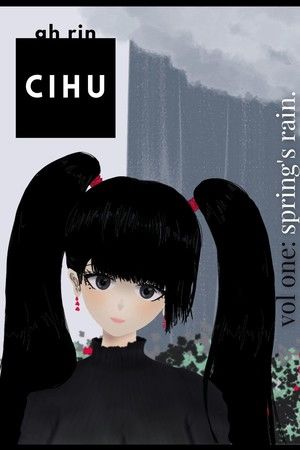 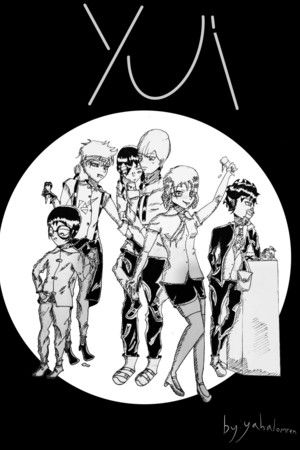