Wails, croaks and seethes in the planet’s southern reaches blared off to express displeasure at the killing of their own by the Makupuu. A union as rock-solid as theirs had its fair share of complications to overcome, and today was one of them. The ‘town’… Why do I keep using town? They had none of that. Occupying Makupuu infrastructure was a sign of cooperation, not as necessity. The Gloup roamed the land and lived off it, like living on a global nature preserve, except the creatures here are more capable than any animal on Earth. This was a society where various lifeforms lived under one banner. They weren’t advanced in the typical sense, but they were more than intelligent. For them to have the Makupuu to agree and abide by their set of rules once they visit Me’blenxclan is the most obvious indicator of this. And this relationship has barely changed from then to now.Bookmark here

This came about when the Makupuu came many moons ago, spreading their scientific advancements in an altruistic manner as they did to many planets. From multiple interactions, they saw each other as sophisticated and sentient. What is currently the Gloup was created to communicate with the Makupuu because they believed that by identifying as one unit, they will command more respect. With this acknowledgement, a trade agreement was facilitated: the Gloup would receive the latest on offer while the Makupuu can do experiments regarding the landscape and its lifeforms with consent - technology for biological material. The beings here get to be cyborgs while the Makupuu have more exotic compounds and substances to fiddle with so they can foster more breakthroughs for the benefit of their own and their partners - truly a win-win situation which few can complain.Bookmark here

Many sought to aid in the disabling of the Harvester to save those alive, but they ruined that with their hastiness. To rescue the deceased was pointless - they knew that - but there was still hope that those trapped could be brought back, so they would fight another day against the Caxhels, but there wasn’t a tomorrow, this was their last. They have become bits because of the experimental laser technology of the Tenkep Research Squad. Ideally, everything and everyone was to be eviscerated on the fleeing Harvester, but they were instead blown apart. More tinkering needed to be done to achieve total devastation - the desired result.Bookmark here

No one stopped the mourning. Many Gloup able to bottle up their grief looked on as their comrades went on with theirs. They didn’t want them to cause chaos, as they know what some of them can do; going too far can come very sudden. Those that kept their emotions in check did their best to get as many bodies as they can near the buildings for a likely defence. I stood on top of the biggest to get the most optimal vantage point to detect any erratic behaviour and put it to a halt before they damage them. The dozen or so structures rested on their sides, reorienting the placement of the sleeping, defecating and eating areas from their usual upright positions on the anti-drift platforms. The Makupuu used them for official meetings and as overnight lodging for travellers staying on Me’blenxclan or on their way to another destination. If they do destroy them, it would equate to revoking the agreement laid out in the past. It was too important to be dissolved. Their expertise in machinery proved vital in fending off their enemies. To distance themselves from their sole allies for light-years around would be troublesome.Bookmark here

They could certainly hold their own with the reverse-engineered spaceship technology of old crash sites. And even without that, factors such as their lack of centralization, their odd terrain, and their willingness to come together to fight to the very end would cause some serious problems for the Caxhels or anyone else who would seek to take over.Bookmark here

I didn’t like this. These Gloup would piss me off if they chase away the Makupuu from this slimy ball. For the only lifeforms that gave a damn about me to be barred from stepping foot here would strain the pact from ten years ago. I have all the reason to no longer work with them, or, to be more honest, to not work with them in the first place.Bookmark here

The Gloup played a part in the death of my parents.Bookmark here

Me being here was an accident all due to a tear through space-time during a huge battle well into the war – a black hole generator. To defeat the Gloup that quickly was depleting their resources, this forced the Caxhels to bring this out - the black-hole generator - without approval. It was deemed excessive and dangerous in almost any conquest, but with their commanding officer wanting to break the back of the Gloup in one go, it was commissioned for use.Bookmark here

As the Gloup resisted on what would be the fourth day, a Caxhel spaceship from low orbit activated the generator – a six-sided contraption with a maze lining the bottom; when opened, its foldable gold antennas with sharp ninety-degree bends leading to one outer curl to the right and three inner curls to the left of their tips would unfurl to produce a flash of light that led to the creation of what they expected to be the killing blow. At this point, they just wanted to get it over with and move onto the domination of other worlds. This was taking a lot more out of them than predicted.Bookmark here

This activation was to the panic of the four dispersed and overwhelmed Makupuu ships that were designated to protect the star system and Me’Blenxcan from crises like this. The Caxhels expected them to be slain in one overpowering blow, but what occurred was absolutely nothing. The condition of the planet was the same as before, and the Mutu dragged beneath the void came back full and unscarred. Their projected mass destruction proved to be a failure of the highest proportions. A result such as this brought so much humiliation, they retreated to recover what pride they can carry.Bookmark here

From here is the amount of the story I have been able to piece together. Interrogating and recording the confessions of captured Caxhels with the Tenkep Research Team was fun, but there’s only so much you can extract with the limited vocabulary that I or any member had. The information they held was more than the vapid answers of the Gloup. None who were there had no clue whether they saw them or not. When enemies are more valuable than allies, you have a problem. With the tens of billions of living on a world that is larger than Earth by an order of eight, it would be asinine to have all of them try to recollect their memories of that day. Only ones who were there at that battle would make sense; but what can be done when they prove to be useless in your true goal? I just have to keep pressing the Mutu until it squeals. Bookmark here

Besides that, this is what I do: learn alien languages to one hundred per cent proficiency, compile said information as I continue to widen the lexicon my translator can comprehend, and finally figure out the full picture as to how my parents died. Once I complete these objectives, it should give me the closure I deserve, and it can finally allow me to think about how I can return to tell them – my family and friends - what happened. I know they are worried. Some of them must’ve given up searching. Whoever is still holding onto the hope of us being alive must be one of strong will. To last that long is something I would struggle with if I were in their shoes. At the end of the day, life must go on.Bookmark here

And, if I’m being real, the belief that my parents are dead is just an assumption. The chances of them being alive, however, is slim. I was lucky to have help from the start; for them, I don’t know. It sounds terrible that I don’t have faith in them, but I don’t. It makes me out to be a bad person to say that, and that’s fine. Whoever hates me, let them. There isn’t anyone to be enraged, anyway. I just don’t want to get my hopes up only to be disappointed.Bookmark here

Periodical shaking knocked me off my feet. Did they…Bookmark here

I look down only to fall from the metal piping that lined the outskirts of the top. Landing in a crouching pose, I turn to see that one of the buildings was going to be flipped over. Much of a creature’s rather flat and orange head was well above the thing it sought to uproot. Tipping it over makes me push back. Calling for help looked to be tough as the ones that could provide support were busy saving the other buildings from irrepair. The construct jolted forward, bending all of me even more. I try my hardest to resist but I just buckle more to the pressure; it was becoming too much.Bookmark here

Looks like I have to stop holding back. Time to release my real potential.Bookmark here

My fingers sink in deep to give a solid grip, lifting the building so I can whack the lifeform for a while. All it could do is bawl as I hit it without relent till it fell. Sprawling and unmoving, its entirety laid flat to display its metallic leg guards, mask, back brace, and neck collar.Bookmark here

I put down the structure so I can help those fend off the ones that went off, but I was torn. I had to stay to protect it from more attacks. Glancing at it, I realize it was busted. Its contents - gear, food, waste and its fuel source – were spilt and floated on the sludge. Ashamed, I ball up into the foetal position to reflect on what I have done. I just made things worse. The Gloup would never let this go.Bookmark here 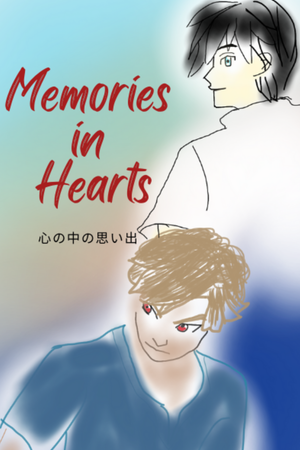