The Road With No Soul, Part 1

"Yo! Dopeman! You got that stuff my G?" Bookmark here

They didn't know my name. Nobody did. After a while, I started to forget. Nobody would remind me. I was just an object to them. I always get the job done. That's what everybody uses me for, anyway. I'd shill dope, make people laugh. Whatever I do to make people feel better. It hurts when you stopped laughing at your own jokes. I can't remember, but she helped me. The girl with the white hair. She always said my name. Bookmark here

What is my name? Bookmark here

Who am I? Bookmark here

Welp, I'm here with 4 people. The caravan was for the vital medical supplies Miller Corps needed. We're on the road to Southland. There's only one official path on the map, with 'Soulless Road' as a cute nickname. The road wasn't pathed, it was carved out by humans and creatures alike on the road to the most famous Godless town. I had to keep my eyes peeled for raiders and Desert Demons. I was sitting in the back with two other folks: A rather buff young woman with a massive revolver and an elder. I was moving my feet, bored out my mind, making a beat with the tapping of my shotgun. After a bit, the old coot tapped my shoulder. "That's a pretty nice piece right there." He mumbled out. His voice was deep, Commanding. Still old, however. Bookmark here

"Oh? Thanks! It's an old war shotty that I modified myself. I can put custom shells in." Bookmark here

"Well, like explosive, demon killer, nonlethal, armor-piercing. The usuals." Well, there was a little more than that. I just didn't want to bore him. The young woman speaks up. "With a shotgun that impressive, I'm surprised you're not a gunsmith." She has a strong southern accent. I chuckle and shake my head. "Just wasn't in the cards for me. I just like tweaking things. Making stuff better." I look over at her large six-shooter. "Speaking of surprises, I'm surprised you're not a proper bodyguard with muscle like that."
Bookmark here

She laughs. "I owe the old man my life. He wanted to resupply the boys in Southland, so here I am." Bookmark here

"I told you-" The old feller coughs a bit. "Ah. I told you I didn't want you risking your life. We got plenty of protection, like...What's your name again?" Bookmark here

"I told you, Dopeman." Bookmark here

As I thought about it, the wagon suddenly shook. I heard shrieking and howls outside. "D-Demons!" one of the guys up front said. We walked out to see the full scope of everything. The horses were too spooked to continue. We were surrounded by sand and dead trees. As I loaded in my demon killers up, I hear a whooshing noise. I had barely dodged a spear. Damn, it's Desert demons. Bookmark here

Desert demons are horntoads who evolved incorrectly. They now look humanoid, can lay multiple eggs, and gained a sort of intelligence to speak their own language. They hate humans especially. Bookmark here

I saw one of the gray bastards and shot at the nearest one. I missed, then six more of the things came down from the decaying trees. They all held bone knives, ready to kill. I'm ready to kill too, so we got one thing in common. Two charged at me on my left and right side. I smacked the one on my left with the butt of my gun while spinning out the way of the blow from the right. I spun behind him, shotgun aimed at its head. "Special delivery!" I yell as I send the demon to the hellscape he came from. The other one attempted to get up, so I kicked it in the face and made the head go bye-bye as well. Once that was over, I looked up to help the others. Bookmark here

The buff woman was putting her left arm to work it seemed. She was panting heavily as she killed two more with her massive gun. She was going for a third, but one of the demons struck the gun out of her hand. I did a flying dropkick then two slugs to the chest to save her. I look up, smile, then kick up to continue my mission. The driver was getting jumped, and it was bad. I ran up to shoot one in the back and fill the other with the lead in my pistol. After four shots to the back and one chest, it finally went down. I was whacked, looking around for...wait there was one more. There were seven. I finally caught sight of it. It was diving towards the woman. My eyes go wide. I had no time to reload, no time to warn her, she was too tired to move. she was going to die. Bookmark here

I suddenly see the old man get impaled in the chest by the blade, protecting her. I shoved the shell in and shoot it dead. "DORIAN!!" She yelled, hugging the old man hard and wailing. We grouped around her and silently mourned his passing. Bookmark here

Least somebody knew his name before he died.  Bookmark here 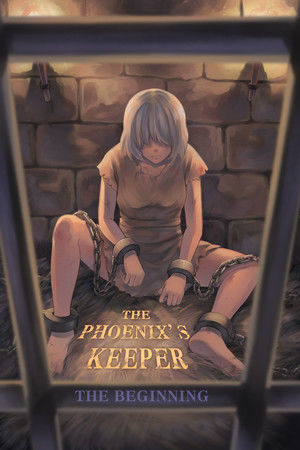 Hai to yuki (ash and snow)