The Gloup weren’t very nice. Sure, there were some that were very understanding of how I didn’t intend to ruin their cordial relationship, but most couldn’t bother to see where I’m coming from. They were panicking over this. A Makupuu ship could land here and see the damage dished out, causing a lot of problems. To repair it wouldn’t be difficult, but the fact they have to do it in the first place irked them.Bookmark here

Insults come from all over, both verbal and non-verbal, to neuter my confidence. The volume of my translator is up to maximum so I can listen to their trash-talking without mistaking what they say. Most would do it in Gloup and not their individual languages, so there wouldn’t be an error in translation. But some didn’t care to do so. I don’t know if they were too afraid to tell me what’s on their conscience to where I can comprehend, or they truly did not care what I would do to them. They must know I am unforgiving to this kind of nonsense. Ten years is roughly the amount of time I’ve been here. (It’s a number backed by research, but that’s beside the point.) To be able to convert their sayings from Gloup, to Makupuu, and then to Japanese required some extra processing power. It was the default setting; a bit convoluted, but a necessary one.Bookmark here

Big dumb dumb; dirty tin shavings; malfunctioning waste of space; no-control hand for no reason: These were just some of what came from them.Bookmark here

They were relentless, driven to disrespect me as much as they can. I have to take each one for there was no choice. They wouldn’t dare hit me, for I would retaliate with immense brutality.Bookmark here

Its end came with the intervention of one lifeform - a noteworthy soldier who fought in a minuscule section of the war but has accumulated a considerable kill count. A slight lean head, eight eyes broken into two horizontal bunches, and purple strings protected by composite sheeting… Lots of them.Bookmark here

The name it gave itself was Kawlt. Their quiet was an indicator that it should not be someone to antagonize. Listening to him is paramount. His authority enabled him to say these words, “Leave alone.”Bookmark here

“Why?” They all followed to the tune of this question.Bookmark here

“Not metal suit fault. The fault of the attacked instead.”Bookmark here

They understand where it’s coming from, but they were still unsatisfied. Someone needed to be punished.Bookmark here

Cheers erupted from this suggestion to which they did in earnest. The orange being and I were sent to clean up the pile of creamy waste matter just walking distance away.Bookmark here

“Huh? Sounds not bad to me.” The confusion from Waityuix was too clear from the call.Bookmark here

“It was very bad for me.” I got fairly heated. The stains it left on my armour couldn’t come off despite all of my efforts to remove them. They better come here soon so they can clean it for me. Would save a ton of hassle on my end.Bookmark here

“Bad, maybe, but no big deal. Waste matter is normal. You complain a lot.”Bookmark here

“Complain? Whatever. You all caused too much trouble last time. Putting worry into such a long-time relationship where both parties benefit so much is not good. Lucky thing this being named Kawlt had enough authority for them to listen so the situation could go down a notch. No one bothered to contact anybody after that lifeform intervened.”Bookmark here

“He interfered?” Its tone was nonchalant and bored as always.Bookmark here

“Yes. He said to me before leaving me to deal with putrid waste that I am his rival - a threat to his guaranteed war hero status by overshadowing it in the short time I have been here. It sounded a bit playful from its word usage.”Bookmark here

“Understand. He must not be good if worried about you.”Bookmark here

“Yes. We gonna do some language training and another thing. Look outside.”Bookmark here

Another thing? What could it be? “What about the freeloading Gloup that won’t talk?”Bookmark here

“We tried to get it to talk about four times in succession with no success, so we’re giving it a break before we try again, which we’re in the middle of.”Bookmark here

“I know. I know.” Bookmark here

I put on my filth-covered helmet and leave the confines of my new living space. It feels good to be able to breathe indoors without any equipment. Having this be my reality makes me see how ridiculous I was in allowing myself to be in such lowly conditions prior. I do love my old home, but being in one where my chances of dying are substantially lessened than before is a positive.Bookmark here

I wait for the spaceship to descend. As it did, they come out with what looks to be happy expressions. All of them were carrying something large. It was a sculpture of me made of a cut block of iron in my suit form. My face wasn't visible and the base lacked detail or a design - it was basically the portion of the block they hadn't cut. Still, despite this, I liked it. I look rather glorious, a fine specimen. If I had an ego, it would've doubled in size because of this.Bookmark here

“Like it?” Fruisolp and the rest seemed to be eager for my response.Bookmark here

“Well… I think so. You guys created this?”Bookmark here

“Yes, but with steering from someone important. The entity that wields the armour of purple.” Fruisolp had a rather high-brow manner of translated speech due to his dialect.Bookmark here

It couldn’t be. But, if I think about it, it shouldn’t be shocking that it would direct them in making this. It did give me a sleeping bag. What a shame I don’t use it as much anymore. To have a nap in a capsule that soothes the melatonin in me was a lot better than a meat pocket. I ask if Delume - the name I designated to the lifeform - is feeling better.Bookmark here

“Yes. Its inferno sickness is improving.” This illness was severe inflammation that gives the feeling of your insides burning up.Bookmark here

“Didn’t you get that a while back, Haibul?”Bookmark here

“Yep. Being sick is totes bad. My insides were acting real sus from the pain I got. It was like my insides melted. I hated it.”Bookmark here

Am I having a glitch again? I would tap my translator but I would be fooling myself; this is not fake, this is how Haibul actually speaks. I should be blaming myself if anything for teaching them some slang words when they were curious about the various ways we talk to each other on Earth. SMH. Damn, I did it to myself. “That sounds terrible. Tell Delume that I expect health and wellness to come their way soon.”Bookmark here

“Fufufufu. Don’t sweat, I’ll deliver it as you would like.” It then walks away to get an item from the ship.Bookmark here

Unlike before, I get to do the vocabulary exercises inside my house instead of their ship for the first time. With their protective gear on, they could enter without trouble. The air was suited for Earthlings, meaning I was the sole being that didn’t utilize equipment in order to breathe.Bookmark here

Taking the silver headgear from them and applying it to my head, I start to think. Each syllable stored in my skull travels straight to a machine. A screen and a few buttons beneath it were the interface.Bookmark here

Every nine hundred and eighty beeps per second is a word being processed and compared to all the languages within the machine – Japanese, English, Gloup and Makupuu – to ensure parity across all of them. Afterwards, the definitions of each word are extracted. Then sentences, idioms and phrases and their definitions were next. Even the western sci-fi and fantasy novels, manga and light novels I’ve read throughout my time on Earth weren’t spared. Any memory of me seeing, reading, writing, speaking or understanding an aspect of a language goes inside of this huge machine. They were smart to bring a smaller version so they wouldn’t have any struggles in getting it in. But to be safe, they measured the entrance and the machine just to make sure. To look dumb is something they disliked.Bookmark here

Then it goes quiet. Fruisolp reads the data and relays it to me.Bookmark here

“I see. How many words it couldn’t translate?”Bookmark here

“Sounds like some progress. What are my current levels?”Bookmark here

“Not bad. Can we go one more time?”Bookmark here

“Side-effects, I know. But I need to get better. I have to.” This benefits them as well, so keeping the pace would be worthwhile for all of us.Bookmark here

“The optimism of a shounen protagonist, don’t you?”Bookmark here

“Optimism?” I hold my head up and grin. “Yeah, sure. I have lots of it.”Bookmark here

“Great. Do you understand us some more? Even a little?”Bookmark here

“We don’t go by ‘I think so.’ Are you absolutely sure that your comprehension of us has improved?”Bookmark here

“I can work with that. Let’s take a break before we go again.”Bookmark here

I get up to see the progress Haibul has reached on my suit without obstruction. Scanning from top to bottom, the stains were lighter but still there.Bookmark here

“Can’t they come out, Haibul?”Bookmark here

“Looks like it's on there good. Looking sus.”Bookmark here

I had to cringe. I just had to. Very sus. Damn it! Now I’m saying it like a wannabee teenager.Bookmark here

“Is there anything else you can do to remove it?” It used a wad of flesh that exuded a liquid every time it came into contact with the armour. Surrounding it was a scattering of cleaning supplies that were applied to no real effect.Bookmark here

“I can use acid.”Bookmark here

“Then do it. I want to be looking my best when I go out to battle.”Bookmark here

“Your best? If anything, you are far from being pog. So chillax.”Bookmark here

“Just hurry up.” My patience was becoming razor-thin.Bookmark here

Opening a crate, she pulls out a nozzle armour attachment, places it on her shoulder and activates it. The result of the acid was minuscule. It still looks nasty; crackles and hisses gave a false sense of effectiveness.Bookmark here

“That’s all I can do. Everything I try is not making any change for the better. We’ll have to replace the plating entirely the next time we come.”Bookmark here

“Fine.” The acid drips and dries rather quickly as if humiliation from failure drove it to such an end.Bookmark here

The linguist calls for me in a busy tone. “Your five minutes are up. Let’s go one more time.”Bookmark here

I hook myself up for a second and final time to send my brain on another wild trip. Flipping through more words, phrases and sentences for about ten minutes and I was done. My mind can relax now.Bookmark here

“What did you say, Sato?”Bookmark here

“We should ease up on the exercises next time. Your brain will turn to mush if we don’t.”Bookmark here

“What does that mean?”Bookmark here 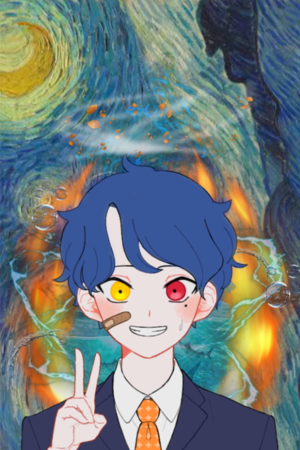