Growing up with strict parents, Yuuki had been signed up for piano lessons much to his dissatisfaction. Eventually he grew to love music and took up learning other instruments such as guitar and drums.Bookmark here

In 5th grade Yuuki's family made the decision to move from California to New York due to work purposes, forcing him to leave everything and everyone he knew behind; including Asami.Bookmark here

After high school, Yuuki had been accepted into Juilliard as a concert piano major much to his mom's delight. Yuuki however, was not happy with this alternative that she had given him. And so he dropped out, switched his major, and transferred to a different university known for their music and arts program, which led him back to California in Los Angeles. Although his parents reluctantly pay for his tuition, Yuuki works at a cafe near campus for basic living costs and necessities.Bookmark here

Asami grew up in San Diego, California where she also met her childhood friend, Yuuki. He had kept her a great deal of company at his home as Asami's parents were often busy with work. At Yuuki's home, they would watch movies, play video games, and do all sorts of activities together. It was also here that Asami found her passion for drawing in her free time.Bookmark here

Yet the absence of attunement from her parents ended up having consequences. Asami had formed an insecure attachment style which in turn resulted in an inferiority complex. After Yuuki had long gone, Asami considered majoring in art, but worries of the future held her back. She opted for psychology and a minor in illustration, leaving her unsatisfied in her choices.Bookmark here

Eric grew up in Korea, but had relatives in the US so he visited them often during summer vacation. He loved the liberating lifestyle and culture of America, so he was determined to attend college in the US.​Bookmark here

Eric's father is the CFO of a banking firm, so he grew up living a privileged lifestyle. His mother is a famous actress in Korea and he very much admired her, so Eric wanted to follow her path and pursue a career in the film industry, but being an only child, his father wanted him to enter a more respectable career path. Nonetheless, he moved to Los Angeles after high school to study film.Bookmark here

​Although his father wasn't happy at first, he wanted his son to succeed, so Eric received enough funding to live a pretty boujee lifestyle in LA and lived in a nice apartment. Being the extrovert he is, Eric eventually got bored of living alone and wanted to find a roommate just for fun. He befriended Yuuki and convinced him to become roommates, but Yuuki was struggling financially, so Eric ended up paying most of the rent.Bookmark here

LA native and grew up in Glendale, CA. Maya grew up with a single mother and two younger siblings, so she took care of them from an early age whenever her mother was busy with work. Her motherly nature translates into her friendships and she usually ends up becoming the "team mom" of the friend group. She'll kick someone's ass for you.Bookmark here

Maya had toxic friends during high school who were manipulative and controlling, which lowered her ego. Worsened by her family issues, she now has a hard time opening up to others, in fear that they would use that information to harm her later. She's developed a thick skin over the years and can stand up for herself.Bookmark here 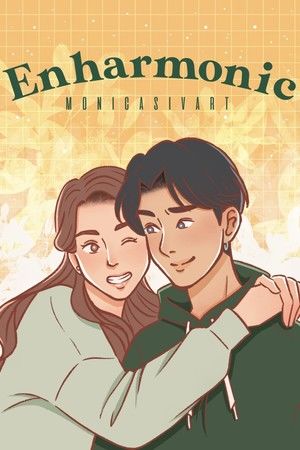