Chapter 17 - What has been lost, cannot be brought back.

Where was I? What happened? Where was everyone? Bookmark here

My voice echoed through the empty darkness. All I could hear was my own heartbeat. And someone else’s. I couldn’t see anything. The ground underneath my feet was taken away and I fell and kept falling. The black darkness around me, slowly turned into a dark red. Where are you?Bookmark here

He was nowhere to be seen. The sky looked bleak and sad. My fear was getting bigger and bigger. Was everyone dead?Bookmark here

Someone called out my name. I forced my eyes open. Sayuri was standing above me. Her tears were dropping on to my face. Bookmark here

She placed her hands on her mouth in disbelieve. What happened? Where was I? The lights on the ceiling were bright. The walls were white. A window was open, and I could see the grey sky. I heaved myself up. Some different coloured cables were running from my body to several machines. I let out a grunt. My body was aching, especially around my ribs. Bookmark here

“I’ll go get the doctors.”Bookmark here

“There’s no need for that, Ohta.”Bookmark here

He looked at me concerned. Without giving it another thought, I pulled the cables out and stood up. I felt dizzy but did not lose my balance. Sayuri quickly grabbed me by my shoulders.Bookmark here

“What are you doing? You have stay still.”Bookmark here

I could see it in her face that she wasn’t believing a word that I was saying. They both seemed to be okay. I let out a sigh of relief and pushed her hands aside. They followed me. We were in a hospital. I went from room to room and found her at the end of the hallway. The name plate on the door read her name. I watched through the window. Doctors and nurses were checking her vitals. Their low voices and whispers were incomprehensible. She was covered in bandages and casts. Several machines were attached to her and the beeping sounds that were coming from them were echoing in my ears.Bookmark here

“What about the others?”Bookmark here

“Only six of us survived. Takaki-san’s condition is critical as well. Sayuri, Haruto and Nina managed to get away with some scratches. I have two broken ribs. You were unconscious for two days.”Bookmark here

The guilt of not being able to save or protect even one person was slowly creeping into my mind. The one that was saved, was me again. How many times will this cycle repeat? How often will I have to see this scene being played out in front of me in the future? I was scared of my own uselessness. Only the strong ones have the privilege of saving others. He was right. The rest of us have to silently watch as one after the other perishes away in front of our eyes. Was I that ignorant? Did I actually believe that saving people would be easy as long as I have a Paroxys?Bookmark here

I was discharged from the hospital the next day. It was still painful to move but I forced myself. For the next couple of days, I stayed inside my room. A knock on my door brought me back to reality. Bookmark here

“Ayumi, are you there?”Bookmark here

“Can you open your door please?”Bookmark here

“Ayumi, I never asked you why you became an Outliner. People might think that it’s the natural path to take when you get a Paroxys but I know that it’s not that easy. Everyone has their own reason. You know, I got my Paroxys after I got extremely jealous of everyone around me. I was never good at anything, but my parents had very high expectations of me. They were never around but I could feel their eyes on me. I felt more and more frustrated and alone. I wanted to run away. But I know that you are different. I could see it in your eyes. Your desire to save people. To protect them. I started admiring you from the first time we met, and you were nice enough to be my friend. You are actually my very first friend. It made me really happy. That’s when I decided that I wanted to be useful too. Even if it was just to one person. I didn’t want to feel worthless. You gave me the courage. Sometimes you can be really stubborn, but I like that about you.”Bookmark here

She laughed out loud. It was a sad laugh. Her voice was thin. Bookmark here

“It wasn’t your fault. It was no one’s fault. We tried our best. So, please, don’t put all the blame on yourself. I feel like if it wasn’t for you and Ohta we might have all died that day. I talked too much. Sorry. I just came here to say one thing and that is, thank you Ayumi for saving me that day.”Bookmark here

I buried my face in my duvet. What was I supposed to say? I didn’t save her. I didn’t save anyone. If I could, I would turn back time. But would the outcome be different? I heard some commotion outside my door. Someone was trying to get in. They were being forceful and, in the end managed to break my door open. I heard footsteps and moments later, my duvet was thrown to the floor. I went on my knees and held my hand out. Bookmark here

Toshiko grabbed it and pushed my face into her chest. She hugged me tightly. I couldn’t express it in words, how happy I was to see her. Bookmark here

“I want to be stronger.”Bookmark here

I cried out loud. Bookmark here

“I know. But Ayumi, listen closely to what I’m about to say. No matter what the circumstances are. No matter how much pain we feel. We can’t turn into monsters ourselves.” Bookmark here

I lowered my head. I knew exactly what she was talking about.Bookmark here

“You were going to kill that man. It doesn’t matter if it was for my sake or not. We all know that he is a horrible man, but never take judgment into your own hands. It’s a burden that most of us can’t bear. I was wrong too. My intentions were not good either. That’s why I lost control. I wanted him to suffer as much as I had suffered but I don’t think that would have made me a good person. How can I possibly look into Mio’s eyes when she wakes up again, after I have killed a man? That wouldn’t make me a good mother, would it? I believe in the good in people, not the bad. And I had forgotten about that in that instant. But it is true, that if you hadn’t been there, I wouldn’t have realised my mistake and probably would have died, pointlessly.”Bookmark here

It was not only me who was crying. Sayuri had joined the hug and Toshiko was trying to calm us both down. Her arms were still covered in bandages, but she told us that she was fine. Our Paroxys tend to heal us and patch us up beyond a normal human’s capacity whenever we get hurt. She told us to attend our classes again and that we could always go to her whenever the world seems too bleak. It was raining the next day. We were attending nine funerals. Seven of them belonged to Rookies, one of them to a Junior and the last one to Toshiko’s husband. Choko told us that two years ago, someone had assaulted Mio who was under the care of Toshiko’s husband. Toshiko was on a mission at the time of the attack. It was random. No one understood the motive behind it. The guilt was too much for Toshiko’s husband and he left without a trace. They had their suspicions to where he disappeared to and who he had joined. He was desperately searching for someone who could help his little Mio. Toshiko was hopeful that he would return once Mio would open her eyes again. Bookmark here

After the funerals were over, we were asked to attend a meeting with some higher-ups. It was compulsory for anyone who was involved in that incident to attend. We were told to wait in one of the classrooms. Toshiko went back to her room to get some rest. It was Choko who was keeping us company. Takaki-san was back as well. Everyone looked defeated. The door opened and Yu entered the room. Seeing him, made me remember something. Yabumi-sensei and another man followed. Without saying anything, Yu sat down at the desk next to mine. The man was wearing green glasses and his straight, brown hair was combed to one side. A fancy-looking, green pen was sitting behind his ear. He was wearing a golden pin on his grey suit. His hands were in his pockets.Bookmark here

“My name is Ogawa Satoshi. I’m from the administrative department here at DNPI. Nice to meet all of you.”Bookmark here

His brown eyes looked around the room.Bookmark here

“My condolences for the loss of your comrades. Our comrades. It must have been horrible to experience such a thing, this early on in your career but I am glad that at least all of you have survived.”Bookmark here

He took out a white handkerchief and wiped his eyes with it. Bookmark here

“Stop crying and get to the point of why we gathered them here.”Bookmark here

Choko had a kind smile on her face. We patiently waited for him to continue. Bookmark here

“I want to tell you about the two assailants that attacked you guys. Unfortunately, we were unable to catch them. They belong to an underground, organised crime organization, called Righteous Indignation Party, also known as RIP. Their movement, or rather their believe is that they are true to their emotions and instincts and therefore are higher beings. It is confirmed that every member has a Paroxys. They cause destruction and are behind many murders, kidnappings, and other illegal activities. You guys were targeted and as it looks like the report on the Insider was fake as well. It seems like we have caught their attention.”Bookmark here

The meeting was dismissed after each of us were interviewed. We were told it was going to be our choice if we still want to partake in missions. It did not take long for the rumours about the incident to spread and for us to be the centre of attention. Yu gave us a lecture and reminded us that we don’t have time to worry about what others think about us or what had happened in the past. In three months, we were going to have our first Paroxys Checkpoint Exam.Bookmark here 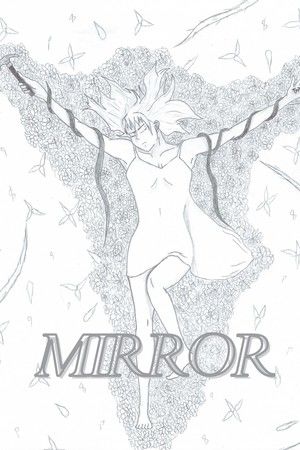 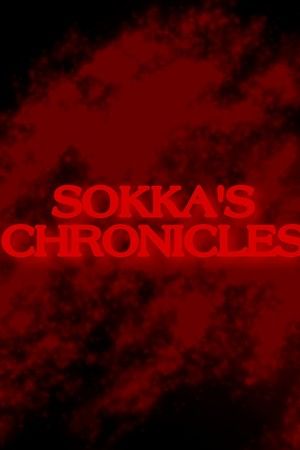 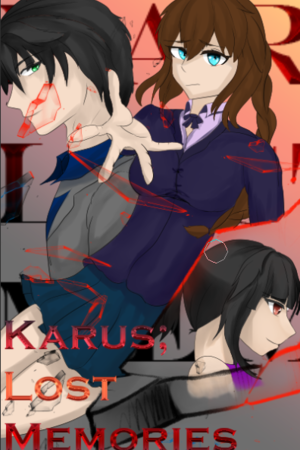