Viena's fingers gripped the handles of her guns. Heart beats pounded against her chest. Her scans detected a gradual rising of white corpses behind her.Bookmark here

"Annoying." She gritted her teeth as she increased the speed of her sprints to 40 mph.Bookmark here

A burning ache jabbed at her calves. It wasn't enough to deter her runs, nor the slight weight from her dark tight fitting jeans and calf-high black boots. The weight of her stiff utility gray long sleeved shirt added to her arm swing momentum. Her speed allowed her distance from the gathering squads.Bookmark here

The way before her was sparse of Shadow Vein. Those white diseased corpses that gathered in clusters, termed squads. It was a clearing of dirt and sky with the distant view of a towering metal wall that formed a barrier of a Xbase. It was still 200 meters from her range. The twelve squads, she had instantly calculated behind her, were approaching at 100 meters.Bookmark here

Viena looked up to note the direction of the wind and sun's heat. There was plenty of particles for her advantage.Bookmark here

She stopped and pivoted around to face the approaching white-washed corpse hoard with her handguns raised. They had increased their speed for her. Her heart slowed as she intensely focused on the command she issued in her mind.Bookmark here

A tornado of dust and static energy formed around her. She fired two rounds of Supek into the tornado.Bookmark here

The tornado moved over the squads, with the Supek's contents being spread and carried about the whirlwinds.Bookmark here

Shadow Vein were rounded up within the tornado to face imminent head explosions.Bookmark here

Viena sighed and issued the order in her mind to deactivate the tornado when the way was clear. Bookmark here

She dropped to her knees, feeling momentarily lethargic from the spike of electrical pulses that had passed through her.Bookmark here

One of her hands trembled, as she dropped her gun to unhook a water skin contain from her belt clip. She clumsily lowered her scarf, and poured the energizing water into her mouth. Doing her best not to spill any.Bookmark here

A peaceful moment assumed around her when she sealed up her water skin and returned it to her belt with her guns. Her electrolytes were rebalanced. She was able to regain control of her body and resume her run towards the metal walls.Bookmark here

Her mind recalled back in time a few years ago as she ran. Bookmark here

It was never meant to be like this.
Bookmark here 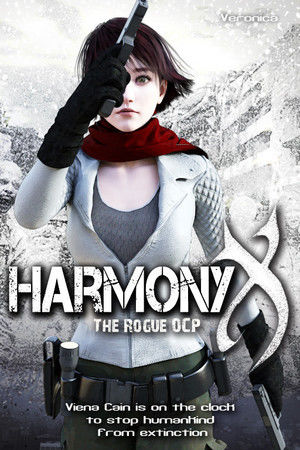