I scanned my surroundings to see if anyone else was around.Bookmark here

“Are you deaf? I said, give me your jacket.”Bookmark here

“How about no? If I give you my jacket I will freeze to death.”Bookmark here

Thanks to my legs being stuck in the snow, I was able to bend my upper body back to dodge whatever she threw towards me. I saw two ice picks flying past me, nearly missing me and landing in the snow. My movements were slow. I was like a little child struggling to walk in the snow. She stood up and jumped into the air. I tried to dodge another set of ice picks but was grazed by one of them on my arm. If I couldn’t get out of the snow, I would be in trouble.Bookmark here

Yu had told me that I had to be strong enough to hold out even without Xykoss being around. It would give me points in both defence and attack power. His claws pierced throw the snow and he grabbed me by my waist to then throw me into the air where the girl was. She was holding ice picks in each hand, but I was quicker. I had filled my pockets with snow and threw it at her face. Was that considered cheating? It startled her for a second. I took that opportunity and told Xykoss to apprehend her. We all fell back into the snow.Bookmark here

The girl disappeared from Xykoss’ grip and reappeared on the rock again. No, she had never moved from the start. Was that a clone? Or my imagination? Xykoss vanished into thin air next. What was happening? My legs were stuck in the snow again. There was no way I could win this fight without my Paroxys. I heard heavy but quick footsteps behind me. They were coming towards my direction. A big shadow hovered above me, and another set of claws dug me out of the snow. I was pulled up and placed underneath its arm. It started running away from the girl and went inside the nearby woods. I knew this warm feeling all too well.Bookmark here

“Are you taking me to Sayuri?”Bookmark here

Grisenx nodded his head. It didn’t take us long to find not only her but the rest of our group as well. Everyone was gathered. Bookmark here

“Ayumi, where have you been? Are you okay? We have been looking for you all over the place.”Bookmark here

Sayuri looked concerned. I reassured her that I was fine.Bookmark here

“It’s surprising to see all of you together. I thought that we were all shuffled like dices and then randomly thrown on to the battlefield.” Bookmark here

“Yeah, we were but for some reason we were quite close to each other except for you.”Bookmark here

“I’m sorry but we don’t have time for idle conversation.” Bookmark here

“We are trying to get our marbles from that girl you just butted heads with.”Bookmark here

Nina explained to me the entire situation and how their first try ended in failure. She then used the German suplex on Haruto who had fallen asleep on his Paroxys. Bookmark here

“That girl uses hallucinations. It has something to do with the spray cans she carries around with her. She is also very agile and skilled in using ice picks as her weapons.”Bookmark here

Ohta continued in Nina’s place who was still trying to wake Haruto up by slapping him several times in his face.Bookmark here

“Yeah, I saw that. So, there are two walls that we have to break down. First, we need to know how to deal with the hallucinations. Second, how are we going to chase her down and restrain her long enough for us to take the marbles?”Bookmark here

“Exactly. I have thought about a plan, and you came at the perfect time. To be able to succeed, we need your strength, Ayumi.”Bookmark here

It had been several hours since the exam had started. There was no way of telling what time it was. We had to be fast to avoid clashing with other students, or worse, with other teachers. I couldn’t feel my hands anymore. We were crawling around in the snow to get as close to Uehara Yuzuki as possible. She was still sitting on that rock. Was that to lure out the students? According to Ohta they had found her in the same place. She clearly had the upper hand with her hallucinations. I didn’t see her using her Paroxys, so I was unsure when I got hit. But seeing her from afar, you could faintly tell that there was something in the air all around her. Some fine brown particles were floating around. Bookmark here

“Is everyone ready?” Bookmark here

Haruto asked and was passing around pieces of his Paroxys, Ninoni. We blocked our noses and charged in. Our time limit was as long as we could hold our breaths. We all went in, to attack. They all had upgraded their Paroxys. Haruto could create his own illusions. Sayuri had decided to polish her offense by using Grisenx in his bear form. Ohta was able to produce more and quicker bombs of various sizes. But I was most impressed by Nina’s improved ability. Not only could she now see several foreshadowing’s about a person within the next hour but also had more petals that she could utilize. A total of twelve. We were well prepared to take the examiner down. I was the first one to get close to her. Bookmark here

I said while exhaling. My fist was fast but missed the target and pulverised the rock she was sitting on. She was already in the air. Ice picks were raining down on me but none of them hit. Haruto made sure of it. I jumped up and spun to land a kick on her. She deflected it with her arm and we both landed back on the snow. Or I should say what was left of it. Ohta had melted it away with his bombs. It was a bit slippery, but it was a thousand times better than being knee-deep stuck in the cold snow. I went in for another attack and was backed up by Nina. She had practiced and learned the martial arts called Arnis. Her weapons were two improvised sticks that she had made out of branches from trees. We both relentlessly kept attacking her and eventually landed a hit. Bookmark here

“I have enough of you, peasants. Iadra. Receiveth hath lost and caterwauling out thy souls.”Bookmark here

I made the mistake of opening my mouth. She immediately sprayed my face with a handful of fine paint. It tasted horrible. I backed up a little to wipe my face with the sleeve of my jacket. A sharp pain next to my stomach made me open my eyes. I was bleeding. The examiner was gone. And so was Nina and everyone else. The one who I was facing was Dimitri, the bulky guy who I had fought before.Bookmark here

Xykoss was missing too. I had to remain calm. We knew that this would happen. Nina saw it in one of her foreshadowing’s about me. He was a hallucination, but it still hurt like crazy when he punched me in my stomach. I fell to my knees. He grabbed me by my hair and flung me into the air. It didn’t matter how many times I told myself that what I was seeing wasn’t real. It wasn’t going away. The only choice I had was to defeat him. Bookmark here

I was relieved that he actually materialised again. He grabbed me and got me back to the ground. Bookmark here

“Oh, missy don’t tell me that you finally know now how to use your Praoxys properly?”Bookmark here

The best way would be to beat the crap out of him. This was actually the best scenario I could’ve asked for. I was patiently waiting for this day. To be able to do a test run. I circled my shoulders a couple of times and approached him. Toshiko told me that there is a limiter inside all of us who use a Paroxys. It goes from zero to one hundred. Depending on how strong, mentally and physically you are, you’re capable of pushing that limiter towards one hundred. You have to be smart about it and never overdo it or you might end up in the danger zone where you’ll have to deal with unwelcomed repercussions, such as death. My best right now was around twenty. If I used the eye of Xykoss, I was capable of pushing it to thirty.Bookmark here

I instantly got behind his back. Before he could turn around, I punched him with all I had. All my anger and frustration were inside of it. Xykoss bellowed as well. The ground was ripped open. Dimitri flew while hitting the ground several times and landed within the woods. Cracks appeared within the air around me. I was back to reality. Bookmark here

The examiner tried to stab me again with her ice pick, but I dodged. She was the one responsible for the wound next to my stomach. Bookmark here

Ohta came to get me further away from her. Bookmark here

I nodded my head and put pressure on my wound. She was at the spot where we wanted her to be. Bookmark here

“Do you really think you can win against me?”Bookmark here

She started laughing and was going to attack but stopped in her tracks. Bookmark here

“Do you want my jacket?”Bookmark here

My words caught her off guard. Ohta looked at me confused but we needed that extra second of distraction. Something dark and heavy was coming down from the sky. It was right above her. And within the next second, she was crushed by it. Bookmark here

“Ayumi, are you okay?”Bookmark here

Sayuri had ran over to me and was inspecting my wound. Bookmark here

“I’ll be fine. Quickly get the marbles before she regains consciousness.”Bookmark here

Ohta’s plan had worked out brilliantly. I had made Xykoss toss Grisenx up into the sky before we even left the woods. Half of Haruto’s Paroxys was making sure that Grisenx stayed up there. All that was left to do was to force her to move to the perfect spot where he would fall down on her. And to make sure that it was the real her. Thanks to Nina’s Paroxys we knew what hallucinations we would get if we would get hit by Uehara Yuzuki’s Paroxys. It all came together beautifully. Nina quickly grabbed five marbles and we were on our way to the exit. Ohta was carrying me on his back and Sayuri was fixing me up. Other students who were watching us, tried to sneak up on the examiner to take some marbles too but by that time she had already regained consciousness and was pretty furious.Bookmark here 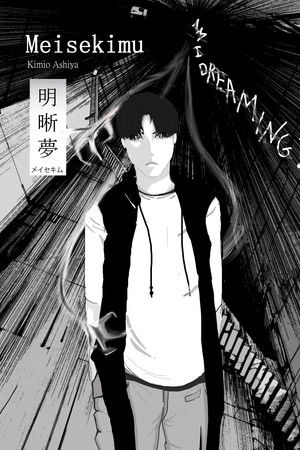 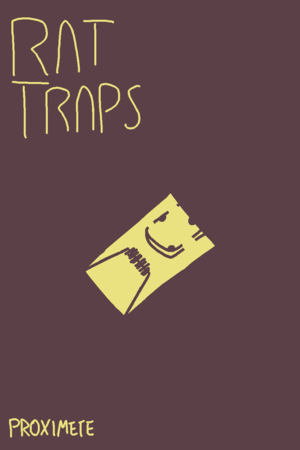 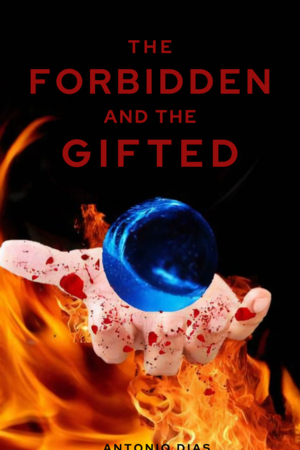