Now — From Servants to Slaves

There was always a disconnect between who we were and who the rest of the Society thought we were. To the government, we were an experiment, one meant to alleviate a disaster in the making. To the public, we were traitors, living extravagant lives we didn't deserve. It didn't matter that most of us were sold by our parents or kidnapped for a bounty. No, they were the victims because they had to empty their precious wallets to come see us.Bookmark here

In reality, we were actors. Years of training meant to strip us of all personality had left us as objects to be desired and craved, sexualized caricatures of the names we chose for ourselves; the names themselves our last act of self-will.Bookmark here

There were girls who took their fall into indentured servitude gracefully, choosing names like Joy, Charm and Smile so that their patrons had neat little boxes of expectations to slip into on arrival. I called them the fantasy girls. They thought themselves the smart ones.Bookmark here

Then there were girls who couldn't let go of who they were no matter how many times they were whipped and caned. Optimistic girls like Bess, Abby and Cat who used diminutives to ground themselves to this reality but were ready to shed them at a moment's notice once their contracts were redeemed. They were still what they had always been, just more compact and pliable—more pleasing smiles and palatable attitudes.Bookmark here

Then there were the misfits. The girls who didn't last. The girls who chose names without meaning—because they did not care for the future; because the training had broken them beyond repair and all they saw before them was certain suffering—or worse, said nothing at all and let their matron name them instead.Bookmark here

This was the group I had been neatly slotted into because my name was just as unconventional as Apple or Quiet. But a top girl had never been a misfit before and that fact presented itself like a noose around my neck.Bookmark here

My existence was an anomaly, even in the midst of other strange girls. It drew unwanted attention to me and made for unnecessary tension during these walks of ours.Bookmark here

The matrons knew what they were doing, forcing all these different groups made to make merry while shuffling forward in a hall that squeezed us like canned sardines. It took a conscious effort to keep my mind to myself and away from all the buzz. I could almost feel their thoughts rubbing against my skin—the excitement.Bookmark here

It sickened me as much as the smell of rouge and pearl powder, but the moment the nausea showed the rumors of my sudden "pregnancy" would be given life.Bookmark here

I shut my eyes and batted them away with a wave of my hand, fingers prickling with heat as I issued a command to all the minds in a one meter radius around me.Bookmark here

All around me, bodies turned slack amd limbs became rigid. If you looked close enough, you'd be able to see the dead looks in their eyes.Bookmark here

The footfalls of the girls synchronized with mine and for a second I could almost feel their hearts beat with mine. Then my hold on them snapped, stretched too thin between more than a dozen girls, and the noise returned.Bookmark here

I shut my eyes and bit back a groan, pressing the heels of my cheekbones in an attempt to alleviate the sting. If I could only reach the matrons from this distance...Bookmark here

Every season started with someone retiring. Usually a misfit; usually more than one. When there were no misfits left to purge, the turn shifted to the disfavoured and unpopular, the ones who had stopped racking in enough of a profit to be considered useful.Bookmark here

Retirement was a public affair. One meant to strike fear in us so we never dared to step out of line, because no one ever retired willingly. It was a pity that nine years of hearing the same heart-wrenching screams had gotten almost boring, just another part of life watching your fellow girls stripped of everything they had ever earned and branded like cattle.Bookmark here

Behind me, Joy suppressed a yawn, pressing a red handkerchief to her parting lips. We were lined up now, in order of seniority, and despite being the youngest in our line, I outranked every other girl in the hall so I was the one who had to lock eyes with Matron Elsa when she stood before us, her deputies flanking her at both sides.Bookmark here

In Block, there were six stations. Each station housed six matrons, and each matron oversaw four girls. One hundred and forty-four girls in red for the one hundred and forty-fourth anniversary of the empire's founding. We were always a sight to see, paraded around the Block every season in practiced formation in hopes that one of us would be lucky enough to catch the eye of a wealthy dignitary, but it was grander now that we actually had permission to exist.Bookmark here

"Silence." Matron Elsa clapped her hands to draw our inattentive gazes, as though anyone had been self-sabotaging enough to make a sound in her presence.Bookmark here

Matron Ann held up a hand and stepped forward to address us. "We know that this season is unexpected." Her gaze glazed over us, warm yet unfriendly. "We are as taken aback as you are, but you should see this as an opportunity."Bookmark here

She was pacing now, unease bubbling to the surface of her skin, coating it in a sickly green only I could see. "What happened at Râini was only the beginning. Moving to the capital will be good for us. In the wake of the new law, pleasure houses and brothels have no choice but to shut down. There is a dangerous gap between supply and demand, a gap we have long since been preparing to fill it."Bookmark here

It was a lackluster speech but one that did it's job, because the entire hall was preening now. Take a dancer, a painter, musician and scholar, and stitch their qualities into one body. Make them a woman and teach her a little small talk. Dress her in red from head to toe and dump in a room drowning in red fabric. This was the recipe for a curtain girl.Bookmark here

The Governing Society had switched out something dirty with something chaste by pretending it was chaste all along. The greatest sleight of hand to have ever taken place, and it happened right beneath everyone's nose.Bookmark here

Three months ago, curtain girl used to be a slur, little kids in the slums cried when they were called one, now men and women said it in the same way one would say ethereal. You didn't need to be a mind-reader to understand what was going on.Bookmark here

"...but as always, there are some who this life isn't cut out for," Matron Ann was saying, as though anyone here had been given much of a choice.Bookmark here

"Apple, Candy, Ash," she called, and like wraiths the misfits pulled away from their lines, curled in on themselves and sullen despite being clothed in all the livery the festival had had to offer.Bookmark here

This moment always had my heart pounding, had me itching to sink into Matron Ann's psyche and erase my name before she ever had the chance to call it. I had given up too much to be dismissed because of this petty rivalry she thought we had.Bookmark here

But it was not my name that she called next, and before I could fully react, Bess and two other girls had slipped out of their lines to join the misfits.Bookmark here

"What? But Bess—" I reached out for her when she passed me but all I grabbed were the ribbons of her costume. They tugged themselves free of my fingers as she bowed her head to Matron Elsa.Bookmark here

"Wait—" Joy pinched me before my whisper turned into something more but Matron Elsa was already sliding her eyes in my direction, her smile knowing and evil. She was doing this to punish me.Bookmark here

The matrons forced the girls to their knees as a squad of soldiers poured into the hall through doors I have never managed to find. There was hardly ever a need for them, but sometimes the girls fought. Sometimes a girl needed to be put down. Those were the days where the red they wore got stained the red they bled. It signalled a complete end—the matrons liked to say—to be bathed in the color of our profession.Bookmark here

I couldn't take my eyes off Bess, dressed in her very best, as Matron Elsa approached her, electric razor in hand.Bookmark here

"I thank you for keeping me well," Bess and the misfits murmured in unison.Bookmark here

"We thank you for your dutiful service," the rest of us replied with graceful cadence, our numbers multiplying the words until they reverberated, and the floors and walls trembled in response.Bookmark here

I didn't realize that I was making another sound until Joy slapped her hand over my mouth and I felt too many eyes burn holes in my skin. Matron Elsa was too busy shaving Bess bald to have heard me sob.Bookmark here

I wasn't, and it was Joy's thoughts that managed to ground me in this reality. By the time the matron was done, Bess was weeping quietly, her hair and those of the others scattered to the floor in choppy bits and pieces.Bookmark here

I reached up to curl my fingers around mine, not able to believe it. It's over.Bookmark here

Three years of sharing a room together and now we were nothing. I could have stopped it.Bookmark here

I should have stopped it but I could only look on as Matron Elsa pressed the branding gun to Bess' scalp.Bookmark here 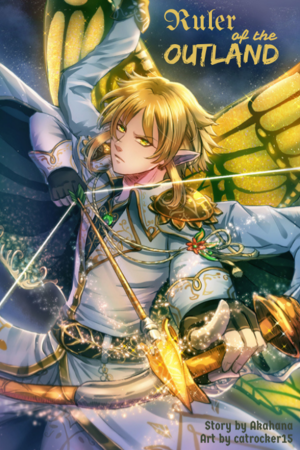 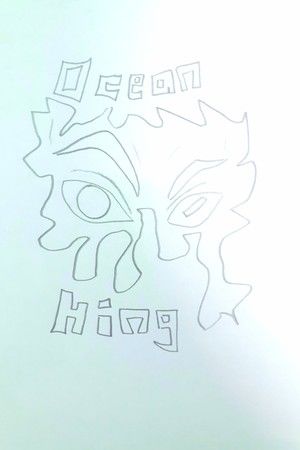 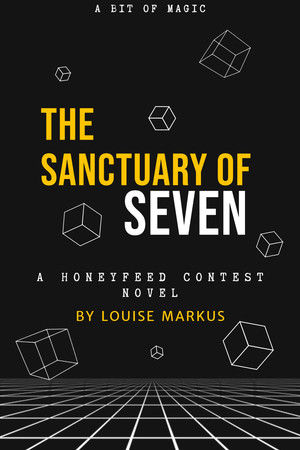