The mission that we had to complete was a bit tricky. According to the DNPI intel, members of the RIP were spotted in Kyoto. Our job was to catch them. The total number was unknown. It was a big game of hide and seek. There had been an increase of Outliners being attacked and going missing in the past few weeks. We were being targeted again but that didn’t surprise me. Ogawa had warned us before. We had to prioritize the rescue of our comrades. Those were the words of Uehara. We split into groups and started looking and searching around. I was with Shiraishi. Yu had gone on his own and so did Uehara and Hino.Bookmark here

“Shiraishi, tell me honestly. Yu doesn’t really trust me on my own, does he? Like everyone is allowed to be on their own, so why come you had to go with me? Does he think that I am weak? I don’t need a babysitter.”Bookmark here

It was me who was carrying the whole conversation. Shiraishi wasn’t saying anything. Occasionally, he would nod his head. It was already noon and we decided to stop by a takoyaki street vendor to get some lunch. Our desert was a freshly made taiyaki. Mine had whipped cream in it and Shiraishi opted out for the red bean one. We were walking around in the heart of Kyoto but couldn’t find anything. The first day was coming to an end and everyone had returned to the hotel, except for Uehara.Bookmark here

“She is still gathering information. Degenerates usually creep around during the night, according to her.”Bookmark here

Yu told us as we were having our dinner. I took a shower after finishing my food, but it was still too early to go to bed. Yu had vanished into the night as well. I went to the common outdoor area of our hotel and was surprised to see Shiraishi there. He always wore his headphones. Did he listen to music nonstop? Was that why he would never answer me? That reminded me that I had never seen his Paroxys before. In our training sessions with Yabumi-sensei, he had just been an onlooker. Was he an extreme introvert? I sat down next to him. Bookmark here

“Oi, Shiraishi. Can you show me your Paroxys?”Bookmark here

I was crossing my fingers behind my back. It was not only me who was curious about it. Sayuri and the others wanted to know as well. Bookmark here

His voice was soft. A bright violet light covered the tips of his fingers and creepy, disfigured finger puppets appeared. One for every finger. Bookmark here

“What do you do with them?”Bookmark here

I went in closer to have a better look at them but regretted it instantly. They were giving me the shivers.Bookmark here

“I can attach them to people and curse them. Each finger puppet is essentially a curse that I can befall on my opponent. For now, I have only managed to learn five curses. For example, one of them is called The Hundred Cuts and does what the name indicates. The victim will indiscriminately endure hundred deep cuts on their body. I can invoke supernatural harm, be it physically or mentally on them.”Bookmark here

His answer gave me another wave of goosebumps. I was glad that he was on our side. The finger puppets were connected to his fingertips by a red thread. He could make them float around, meaning he didn’t have to be in close proximity while he was fighting. A curse would only be lifted if he wanted to or if he lost consciousness. It was very educational how he explained it. We both returned to our rooms. Yu was still absent. I had a nightmare that night. Around me was emptiness. My steps echoed. The ground was covered in water. I couldn’t see my reflection. Instead, I saw someone else. Someone called out to me. Bookmark here

Yu was shaking me by my shoulders. I felt disoriented.Bookmark here

He looked concerned. I was trying to collect my thoughts. It was still dark outside. Apparently, I was crying and talking in my sleep. After finding out that it was just a nightmare, he went into the bathroom to get ready to go out. My phone vibrated. It was a text from my mom, asking me how I was doing. I quickly replied with a short sentence and got ready too. It was Hino who was supposed to accompany me today. We hadn’t talked much with each other. I argued with Yu that it was unnecessary, and in the end, he gave in. Bookmark here

“Make sure to contact me immediately if something happens. Don’t die out there.”Bookmark here

He was holding out his fist. I lightly tapped it with my clenched fist. Bookmark here

“Will do. And I won’t.”Bookmark here

We went our separate ways. The area that I had to cover was the Higashiyama Ward. My finger pressed a button, and a bottle of water came out of the vending machine. The cold water felt nice going down my dry throat. I was walking behind Maruyama Park when I heard a scream. Ogawa had told us that we, as Outliners were allowed to interfere and help out with misdemeanours such as robbery or basic assault until police force could arrive at the crime scene. We were not allowed to use excessive force or do any physical harm. Caution was advised whenever we decided to intervene. I ran in the direction of the scream, thinking that someone had carried out a small crime and saw people running past me. They were panicking. Fear was written all over their faces. I grabbed a woman by her arm to stop her.Bookmark here

“Excuse me, but can you tell me what happened? Why are you running away?”Bookmark here

“Let go of me. You should run too. There are monsters. Monsters that are eating people.” Bookmark here

Her voice was thin. Her pupils were dilated, and her body was drenched in sweat. She forced me to let go of her arm and continued on running. I took out my phone and tried to send a distress signal to the others, but my hands were shaking. Was I scared? My train of thought was interrupted by another scream. It was the voice of a child. Bookmark here

It was happening within the park. The scene that was playing out in front of me made me freeze in horror. I didn’t know if you could call them monsters, but it was true that something was eating people. Or the corpses of people. And there was not one but many. They looked like ghouls that you saw in comic books or manga. Their faces were elongated, and their naked bodies were covered in blood. They were shorter than you would expect them to be. Their sharp teeth were tearing apart the flesh of their victims. Bookmark here

A man was desperately trying to crawl away from them. Both of his legs were gone. I took a deep breath. Bookmark here

He did as I told him and swung his claw at the ghoul that was trying to eat the man. It shrieked and flew up into the air to then crash on top of another one. I ran over to the man, but it had been too late. He had died. I quickly looked around to see if someone else needed my help and saw a girl hiding behind a tree. Xykoss was busy dealing with the ghouls that had surrounded us. We had caught their attention. I took the opening that Xykoss created for me and sprinted over to her. Her eyes were filled with tears. She had a big cut on her forearm. I went down on my knees and told her to climb on my back. She was hesitant at first but changed her mind after seeing more ghouls coming our way. I carried her back to where Xykoss was, barely managing to defend us by dodging their attacks. Bookmark here

“I want my mommy.”Bookmark here

“Don’t worry. I’ll get you safely to your mommy.”Bookmark here

For some reason, I remembered Yu’s words. The reason why he was working as an Outliner. No matter what, I would protect this girl, I thought to myself. The only problem was that the number of them was slowly increasing. From where were they coming from? Was a Paroxys’ user doing this? If yes, they probably belonged to the RIP. Fighting while protecting someone was proving to be more difficult than I thought. Xykoss’ eye was helping me to dodge but I had to counterattack or else we wouldn’t make it out alive. I also needed to confirm if anyone else survived and if they needed my help. We were slowly getting pushed into a corner. And before I knew it, some had climbed up the trees. They were raining down on us. My kicks were not very effective. I was weak without the help of Xykoss and just like that one slipped out of my view. It closed in on the girl. I was going to be late. My leg went up, but we got separated by a wall of blue flames. The ghoul was frozen. It was covered in ice. We had been saved.Bookmark here 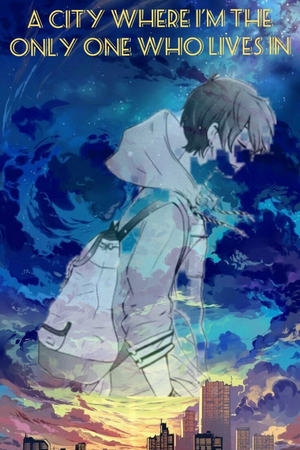