Uehara was the one fighting against him. Seeing him through the television made me realise something. How could I have been so blind? How could I have not noticed? The boy was looking sad. Bookmark here

“Ino, I don’t think I can win against her.”Bookmark here

His voice echoed through the room.Bookmark here

“Noah, I believe in you. I know that you can defeat her. You are strong. Let your Paroxys go wild. I bet then you can win. Go beyond your limit like you always do.”Bookmark here

It wasn’t encouragement that he was giving him. He was running him into a corner. Bookmark here

“What the hell are you saying to him? Stop it. Stop what you’re saying.”Bookmark here

“Ah, don’t worry. He’ll be fine. I was the one who trained him.”Bookmark here

His face wasn’t showing an ounce of worry for that boy. Instead, he was smiling. His tiny body wouldn’t last. Uehara was having difficulty pushing him back too. The caterpillar was going berserk. They both would die if it continued on for too long. Bookmark here

I was begging. It didn’t matter if he was an enemy or not. No one deserved a death that gruesome. The memories were flooding my mind. The girl’s twisted body was like a picture burnt into my eyes. If a Paroxys holder goes beyond their limit, their bodies and minds will shatter and explode. They would experience the same fate as an Inliner. A scream pulled me back to reality. The caterpillar was attacking its host. The boy’s mind had been broken. Dozens of bristles flew towards the boy and pierced his body. The insect dematerialised and the boy dropped to his knees. His agonising screams were ringing in my ears. Bookmark here

He coughed up blood and his body dropped to the floor.Bookmark here

“That’s weird. Why isn’t your friend helping him? Shouldn’t she be saving him as an Outliner? She’s just standing there and watching him die. Oh sorry. We’re murderers and criminals. We deserve an ending like this, right?”Bookmark here

“You should be the one helping him! He’s your comrade, isn’t he? Go and save him!”Bookmark here

My voice cracked while I screamed at him.Bookmark here

“I rather not. But if you want to save him, you’re free to go.”Bookmark here

He contacted the girl and untied the rope. We were transported to where Uehara and the boy were. His body had stopped moving. Bookmark here

“Moriuchi, are you okay?”Bookmark here

Uehara approached me but I immediately grabbed her by the collar.Bookmark here

“What do you think you were doing? Why didn’t you help him?”Bookmark here

She tried to push my hand off, but I wouldn’t let go.Bookmark here

“What are you talking about? We were in a fight. It’s normal for one to win and the other one to lose. Are you forgetting that he was a murderer? What he did to your best friend?”Bookmark here

I was pushing all my anger and frustration on to her. Bookmark here

“Even then, this is not right! It can’t be right! How could you just watch and let him die such a painful death?”Bookmark here

I knew it was unfair, but I didn’t know what else to do. Bookmark here

“Moriuchi, you are being irrational! There was nothing I could do, even if I wanted to.”Bookmark here

My jaw was locked in place. Her words were sharp as knives because they were true. There was nothing that could have been done. I let go of her and walked over to the boy’s body. Was this what despair felt like? His body was light, almost like a feather as I picked him up and held him in my arms. I remembered the time when I first met him. He wanted my attention. He wanted me to listen to him.Bookmark here

His voice was faint. He was still alive. His breathing was shallow and slow. Most of his bones were broken. Bookmark here

My tears were dropping on his face. I held him closer. My voice wouldn’t come out. All I could do was to patiently wait with him. So, he knew he wasn’t alone. It didn’t take long for him to take his last breath.Bookmark here

“Ah, he died. What a shame. He was a good soldier. I really liked him. But what can you do? I better find a replacement for him, or they will get angry at me.”Bookmark here

“So, what? Why do you even care?”Bookmark here

I stood up and walked over to a wall. His body temperature was dropping. I laid him down on the floor and placed my jacket on top of him. My head was empty. I was calmer than you would expect me to be in that situation. There was peace within my anger.Bookmark here

I knew there were consequences for my actions. Toshiko and Yu made sure that I was aware of it. But there were certain things that I could just not accept. Bookmark here

“Uehara, I apologise for how I behaved. Please, take care of that boy.”Bookmark here

The ground started trembling. The air got dense. Cracks appeared in the walls and the ceiling. My vision got shrouded in red.Bookmark here

“Xykoss Unlimited. Devour those who stand in my way.”Bookmark here

A shock wave left my body and destroyed everything in my near surrounding.Bookmark here

I was merged with Xykoss. It was different than the previous times. I had full control over him. My body was creaking, but it was fine. In an instant, I was right in front of his face.Bookmark here

“I made up my mind. I will kill you.”Bookmark here

My fist touched his cheek, and he flew through the walls behind him into the outer world. I followed. The doll house broke down behind us. I was back in the park and so was everyone who had been trapped. I ignored them and kicked the guy in his stomach while he was still in the air. We ended up in the outskirts of the city, surrounded by trees. It was perfect. I didn’t have to hold back. Bookmark here

The guy was bleeding from his nose and mouth.Bookmark here

“You really are something different. But now I want Xykoss to be on our side even more.”Bookmark here

He stood up and spit out some blood. Bookmark here

“Shut up and show me what you’ve got.”Bookmark here

He laughed like a maniac and then stopped abruptly.Bookmark here

His bandages came off. He took out a tactical knife and split his stomach open, but it wasn’t just blood that came out. A bright red light emerged, and several ghouls came out crawling. Bookmark here

“So, the nasty little ghouls are your Paroxys?”Bookmark here

“Yes, but they’re not just nasty little ghouls. You have probably heard already, but several Outliners have been disappearing lately. My Paroxys lets me transform humans into ghouls that I can store within my body. Of course, there is no way of turning them back. All they can do is follow my orders. First, I torture them and when they are on the brink of death, thinking that they have reached hell, I make them into my underlings and throw them even deeper into despair.”Bookmark here

“What the hell happened to you? You do understand that you will be fighting against your own kind?”Bookmark here

I cracked my fingers.Bookmark here

“You just said that there is no way of turning them back. All I can do is to end their suffering.”Bookmark here

A ghoul had sneaked up on me from behind. It tried to jump me, but my fist was quicker, and I smashed its face in. Its body fell to the ground. Multiple ghouls attacked me at the same time, but it was easy to dodge and counterattack. I tried to get in a kick on the guy, but he quickly moved back and used a ghoul as a shield. Bookmark here

Without me noticing, a couple of ghouls had dug their way underground. I was caught off guard and one of them emerged from the dirt to sink its sharp teeth into my leg. The other ghouls took the opportunity and attacked me again. I was bitten in several places. Bookmark here

“Does it hurt? It hurts, doesn’t it?” Bookmark here

He was smiling from ear to ear.Bookmark here

My hand formed into a claw, and I swiftly ripped them away from my body. Bookmark here

“You’re starting to get annoying.”Bookmark here

The guy reached into his open wound to let out more ghouls. They were surrounding him and slowly merging together with his body. He was getting bigger and bigger until he was triple the size of me. His new body was made out of ghouls that were wailing. Bookmark here

It was a whisper. I went in for another punch, but its impact was absorbed by the various numbers of ghouls. He was using them to protect himself. Bookmark here

“You’re not the only one who can power up. It’s amazing how carefree you’re using your father’s Paroxys. You don’t have any shame, do you?”Bookmark here

“Says a coward. I’ll rip that smile off your face.”Bookmark here 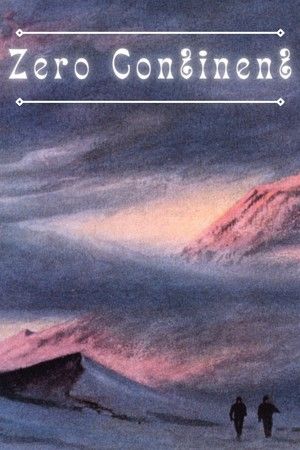