They sure took their time - a very, very, very long time. But after working at a sluggish pace compared to before, we brought the Bokel military base back to its former state. They gave it the title of Bokel External Military Outpost One. This was due to them never taking part in a war outside of their solar system. Despite their size, they were quite gentle. They would act on violence only when provoked.Bookmark here

Qualities like this were how the Makupuu chose the planets they wanted to lend their technological prowess. Ones who are self-centred, power-hungry, impulsive, and aggressive were not the traits they desired in a species. Peace, compassion, and humility – these were what they put in high regard; virtues that were the manifesto of their morally just society, and these were the same emotive features they seek from others. Without this, they felt a true sophisticated people cannot form. Death, oppression, and the insatiable thirst for power would take hold to not only conquer and destroy other civilizations, but themselves in the long run. No society can function on this as sustenance as their foundation.Bookmark here

All the opposite of what humans stand for.Bookmark here

Sure, there are individuals and small groups that are kind and respectable but we are too tainted to be graced with such gifts from a space-faring folk. If we did, we would try to kill said organisms. That’s not something aliens would want if they were so giving. It’s a cliche take on humanity, yes. But combine that with extra-terrestrial space flight, clean and limitless energy, and weapons that can make nuclear bombs outdated should not be in the place of the human race, for they would make evil of what was intended for peace.Bookmark here

Okay, that is enough degradation of the most barbaric lifeforms of mother Gaia. As one of them, I have to compliment my kind to clear out the malaise infesting my tongue, heart, and thoughts: the baseball game.Bookmark here

What can I say? It was fun, even with me having to keep track of the score for all eight innings, this worthwhile creation came to enhance the ties between two species – well three, but I have been here for so long that I can be considered a de-facto Gloup. Menaces of suffocation, nutritional deprivation, dehydration and many others are of no issue to them as locals; their bodies aligned to the climate from conception. Taking away the full-body protection that covers all my person, the Caxhels would either probe me or have the title of committing the first murder of someone from another plane of existence – a record many a Caxhel would boast with thumping enthusiasm knowing not one could surpass it. And even with these harsh realities compounded by ones harsher, I am one of them.Bookmark here

I hate them, but… I would be dishonest if I were to say that I didn’t enjoy their company, even if they were a wreck to my nerves, they are still my frenemies.Bookmark here

“Metal suit.” It’s Nosqouel coming to me for the seventh time in a day.Bookmark here

“What? Are you going to bother me to play some more baseball?”Bookmark here

“Of course. Such a fleeting game of runs and hits provided intense arousal for my senses.”Bookmark here

“I see. Maybe next time?”Bookmark here

“Come on, metal suit! I long for more of this thing you call “sport.”Bookmark here

“Can’t you all play by yourselves by now? We’ve played a bunch during our breaks. If we didn’t have so many games, we would’ve finished sooner. We should be conducting experiments regarding the combat applications of the levitation cables, but instead, you want more baseball.”Bookmark here

“But we need you. You are the one being that can keep track of the scores.”Bookmark here

“I’ll be a bystander determining the score as it changes. The mood for baseball just isn’t there for me at the moment.”Bookmark here

“Really? So the beings of your world don’t calculate the score using your minds?”Bookmark here

“No. And we don’t use slime to slide from base to base.”Bookmark here

“I know top-layered slime is not an aspect of your native reality… I think.”Bookmark here

“I see. And I can assume they are not as capable as you in combat.”Bookmark here

“No. Even with firearms.”Bookmark here

“Firearms… There is so much about your kind that is intriguing. It would be of invaluable education for my species if you were put on display.”Bookmark here

“Display? Like a zoo?” I raise my arms in concern. Science may say I descend from monkeys, but I am not one to put on a show. Bookmark here

“Ah. More words I can hear but don’t know their meanings. The value of the translator inside of me can only be so high. So what is this zoo?”Bookmark here

“Where are you going, metal suit? Your dispensement of information is not yet up.”Bookmark here

Dispensement is a word? Well, it sounds like one. Maybe I can get it into the Oxfort dictionary if I survive this needless harassment.Bookmark here

“I said to stop!”Bookmark here

Its cables were constricting further movement. I was in trouble.Bookmark here

“This is not of your concern.”Bookmark here

There it is again; that gap in their speaking – the first in days. Well, from what I can infer from this is that the frequency of gaps has not increased, which is good. I just have to figure out why my translator is acting like this.Bookmark here

“… can just please conduct yourself in a more or [ ] manner?”Bookmark here

Now it’s not occurring at the very end of a sentence? Maybe I should not have spoken such haste to the air with how it’s getting worse. Crap, they’re tightening. Looks like violence will have to free me. It’s isn’t letting up.Bookmark here

The cables then fell. I was free.Bookmark here

“Now with all that passionate fury subsided,” Telliwouf turned to me. “We can get to implementing the levitation cable modifications you’ve requested, metal suit.”Bookmark here

“You want us to test more cables?”Bookmark here

“Two is enough.” My glee should stay quiet for a moment more suitable.Bookmark here

The cabling begins! How exciting!Bookmark here 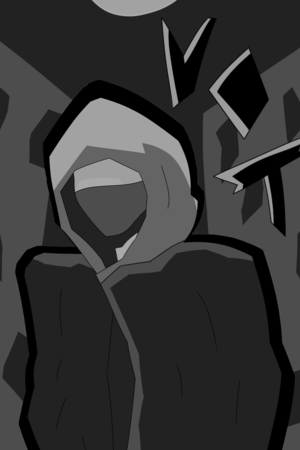 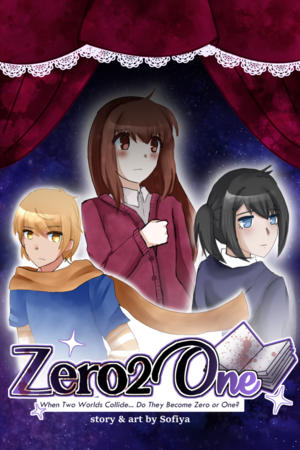