Cid's week passed by slowly as he eagerly anticipated seeing Gwen again. He was having a pretty uneventful week as well right up until Thursday.Bookmark here

Cid was at the bookshop counter minding his own business when the last person in the universe he wanted or expected to turn up at his work walked in the door, it was his Ex-girlfriend Heather and following right behind her was the guy she dumped him for and as he'd learned later had been cheating on him with.Bookmark here

Cid briefly considered hiding underneath the store counter but reminded himself that he was a somewhat sensible adult and that she had cheated on him. He hadn't been lying when he'd said earlier that week that dating Heather had been a mistake.Bookmark here

Cid had first met Heather around two years ago when they both attended the same grand final party. She was not beautiful like Gwen, but she was sexy, she wore her blonde hair long and straight and her fashion trended towards clothes that accentuated her curvy figure. Cid himself wasn't entirely sure how he managed to convince her to go out with him but he managed it somehow, things were great during that one year or at least they appeared to be. He was dating this sexy woman who while she didn't share any common interests with him was fun to be around.Bookmark here

Cid had a blast with her then after a while, he started to question things and when he looked closely past the glamour that was her looks he realised the only reason he had fun with Heather was that they were always doing fun things most of which involved alcohol. He didn't want to believe however that their relationship was that shallow and he tried to keep it going but at the end of that year, she dumped him. They were at a party surrounded by people they both knew and she dumped him and everyone at the party either saw it or heard about it within five minutes of it happening. He was in shock for a while after that but what really shattered him was learning how fast she'd apparently gotten over him before learning that she had been cheating on him with the new guy for weeks before dumping him.Bookmark here

Cid sat behind the counter and looked at the two of them, Heather wore a tight white woollen jumper and tight blue jeans and the guy who she was dating now Duke or whatever his name was, wore a black puffer jacket over a retro Essendon football club T-shirt also with blue jeans and his hair was a cap of black curls. Cid thought they looked like Ken and Barbie on a date and wondered why they were in a bookstore more specifically the bookstore Heather knew he worked at.Bookmark here

Heather walked up to the counter and just smiled as she looked Cid directly in the eye which made him incredibly uncomfortable.Bookmark here

"How can I help you today?" Cid asked acting as though he didn't know her
"Cid there is no need to pretend you don't know me, though I suppose that means the rumour going around that you're over me and dating a new girl is false" Heather responded
"Heather I'm not pretending I don't know you out of anger or embarrassment it's out of shame that I ever wasted my time dating you and I am dating someone her names Gwen and she's superior to you in every way, now can I help you and Ken doll over there find a book or did you just come here to confirm a bit of gossip and waste my time" Cid answered back
"His name is Duke, and I was wondering if you had any copies of Fifty Shades of Grey and Duke wanted to know if you had any books on the Bombers" Heather answered back
"I think we got a few hundred of both, check the Romance section on aisle two and the sports section on aisle six, otherwise try the discount bin" Cid answeredBookmark here

Heather walked away to go check the romance section in a huff then Duke walked up to the counter.Bookmark here

"Sports section aisle six" Cid said before Duke could even say anything
"I just wanted to ask if you're over Heather then why are you still so pissed off at her?" asked Duke
"Why shouldn't I be pissed off with her she cheated on me with you weeks before she dumped me in a very public way might I add and now she's here in my place of work asking me about my new relationship" Cid answered back infuriated
"Wait, she was still dating you when she hooked up with me?" Duke asked
"Yeah, didn't you know Heather's friends are gossip hounds and not subtle about it so I overheard it from them a week or so after it happened" Cid answered
"Wow I'm sorry bro, I didn't know, can I ask you something though" Duke inquired
"Sure go ahead" Cid replied
"If Heather hadn't cheated on and then dumped you would you have continued to date her?" Duke asked
"I'd hoped I'd have come to my senses and broken things off with her, the truth is I'd begun to doubt our relationship shortly before all the drama happened, why do you ask?" Cid answered
"I'm just afraid that what happened to you will happen to me," Duke said
"Mate I was blinded by how physically attracted I was to Heather so I didn't see that our relationship was hollow until it was very late and I didn't do anything out of disbelief, we were doomed from the start so I don't blame her for it ending, I just don't like the way she ended it, If your relationship with her is strong and not hollow like mine was then I think you'll be fine" Cid explained
"Thanks, man, you're alright," said DukeBookmark here

Duke then went to the sports section to look for a book on the Essendon bombers. Duke and Heather eventually both come to the counter to pay for their books, Cid served them and didn't cause any more drama, as Duke and Heather left the store Duke subtly gave Cid a thumbs up which he responded to in kind.Bookmark here 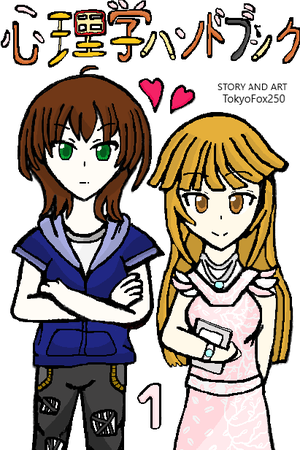