The March of Indian Mutiny

In Delhi, the guards were set out at regular patrolling a mile ahead from the Mori Gate on their horses. All of a sudden, a rebellious call of "Run British Run !!" stunned them all. Among the guards, one of them decided to go ahead and probe the source of the rebellious call.Bookmark here

The guard insisted him :Bookmark here

" Wouldn't it be some reckless youth whose sole intention might merely be to provoke the British? Can't we ignore this call? "Bookmark here

He pulled out his sword from his waistline and focused it on that guard, and answered :Bookmark here

" Have you forgotten? Huh, we are operating under the British company, not for that old sludge hag so-called 𝐁𝐚𝐝𝐬𝐡𝐚𝐡 of Delhi anymore......... "Bookmark here

Two of the guard shortly brought out their sword and positioned it at his shoulder. One of them stopped him and warned :Bookmark here

" You arrogant Banshi Das !! Don't utter a single word against 𝐁𝐚𝐝𝐬𝐡𝐚𝐡, or less you might face some contrary outcome for discerning him."Bookmark here

" Ehsan and Mir, let me recollect your memories, any rebellious activity against the British must not be allowed such were the orders of Captain Douglas ."Bookmark here

Banshi Das swept away that two swords rested at his shoulder with his sword and left ahead of the gate to look out for the rebellious call. He got followed by two of his subordinates, Daulat and Hemant, along his way.Bookmark here

Banshi and his men got horrified to behold such a massive force of British Sepoy marching towards the city and shouting, " Run British Run. "Bookmark here

Having a glance of the enormous horde of Mutineer, Hemant evacuated and flew back shortly.Bookmark here

" You must hurry up. You must go and caution the others "Bookmark here

" I would rather perish restraining the foe than running out like a coward. I hope Hemant would report this entire recant on reaching back. " Bookmark here

His eyes sighted emerald green eyes, a heavy-muscular soldier in a crimson British soldier's outfit in his horse presiding the march of Mutiny towards Delhi. He was escorted by two Indian British soldiers at his both side respectively. Both of them have a grim looked on their faces riding at their pale white horse-wielding Brown Bess musketeers.Bookmark here

The steering mutineer on noticing Banshi and Daulat's offensive approach. He ordered his closest escort to finish off that pest (Banshi Das). His attendant went out to assembled some horsemen and went straight to Banshi Das.Bookmark here

" Banshi Das, they are heading straight towards this way. How should we resort to them?"Bookmark here

" Hmm... Just follow my lead. We are going to strike those intruders with all we have."Bookmark here

Banshi Das drew his spear and threw it directly at the approaching fled. The spear disturbed the foe's way giving Banshi Das some time.Bookmark here

Banshi Das directed Daulat to stay behind him and went out straight from them. Banshi Das threw another spear and dropped one of their attackers. Daulat reproduced the same act and went out hurling his spear.Bookmark here

The attacker received a severe casualty of life, stemming them to fleeing back.Bookmark here

The commanding attacker didn't deviate his excursion and, keep fetching towards Banshi Das. The commander aimed his musket at Daulat and hit it.Bookmark here

His eyes busted out tears at along for Daulat. He speeded his horse, and securing himself with his shield, and took off for the commander. The thrashed between Banshi Das and the commander's horse drives off Banshi Das ahead into a nearby stream, and they collapsed out.Bookmark here 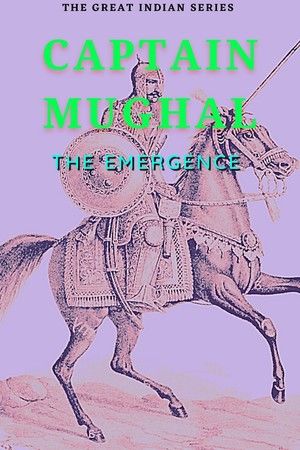