You Can Calculate Distance By Falling

Ars Goetia in terms of structure and appearance is like the roman city you would see in books.Bookmark here

"Woah! So this is the netherworld."Bookmark here

We are outside the castle and are in a market. Bookmark here

Yes, you read it right. A market outside the castle at a little distance. Its layout kind of feels like what humans designed and created in old times. This place looks old in terms of structural design compared to the world we humans live in now. Bookmark here

"Huh? There is no I am seeing something like this for the first time. And don't you treat me like a kid there is no way I would get lost--"Bookmark here

I am new to this place, don't know much about this place and don't even have a map of this place. I totally will get lost if I don't stick around with them.

And I am feeling like this is the worst place to get lost in.Bookmark here

"See told you. Hold my hands."

Satori says it with an evil smirk on his face.Bookmark here

He then directs his hands toward me. I instantly slapped his hand.

"There is no way I am going to hold your hand and stop reading my thoughts."Bookmark here

"Can't you both stop doing this in the market. It's kind of embarrassing with these many demons watching us."

"And whose fault do you think it is."Bookmark here

She says it while pointing her fingers at us.Bookmark here

"Huh? And why can't I blame you..."Bookmark here

Because we ain't the one carrying a bag filled with don't-know-what in our arms while eating something weird. I don't know what even is that. Is it even edible? I highly doubt that. There were some kind of skewers stuck between her every finger and she was stuffing her mouth with those. I don't know what kind of skewers they are but they are way too much disgusting for one to eat.Bookmark here

Even if you fail to fill your stomach with that (that you will definitely fail) you will succeed in emptying it. Which I already did two times.

"A lot of demons are watching you and not us."Bookmark here

Satori says it while pointing his finger at Luemon.Bookmark here

"There is no way they are looking at me or maybe they are because of how cute and charming I am."

"No, not even in a millennium they are gonna think that. Well, looks like I have to tell you because there is no way you could even guess it by yourself. It's because of that."Bookmark here

Satori now points his fingers towards the bag that Luemon is carrying.

Appetizer? I am shocked to hear that word. The way she described that whole bag, which is worth someone's two days food supply into just one word. Seriously?Bookmark here

"That's not even the appetite a demon-like yours should have when they are hungry. That just makes you a straight glutton."

Satori literally shouts at her in frustration.Bookmark here

No, I think she already crossed the point of being called a glutton the moment she described that bag full of food as her appetizer. Bookmark here

"It's not me who is glutton but it's demons like you who don't eat properly."

"No point in arguing with you. let's get going."Bookmark here

"To someone who might know something about how to escape from this (cease of existence) fate of yours."

"Then what are we wasting our time for? Let's go directly to him."Bookmark here

Jump what does she mean by jump. Well, whatever. I don't think it will be that important anyway.Bookmark here

Satori murmurs something and then appears an evil grin on his face.Bookmark here

"Did you say something?"Bookmark here

I asked cause I want to know what he means by that?Bookmark here

"No, nothing. It's as you think nothing important."

Now I am having a bad feeling about this.Bookmark here

Satori says it and then we start walking.Bookmark here

The market was kind of huge, filled with different types of demons. Satori told me that this market is known for its expensive and vast variety of everything. Only the high-rank demons can afford them while they are off-limits for ordinary demons. Bookmark here

At first, he wasn't interested in telling me anything about this place, then why did he do it? Well, it's because he wanted to brag about how high his rank is and he can easily afford those items. But I wasn't interested in listening to his brag talk so I just ignored him.Bookmark here

We've been walking for quite a while now. The Demon King's castle is very far from our current location. If we were to go back now then it will take at least one whole hour. But still, the netherworld is--If I have to describe this place in word then 'Eden' is the word. It is very peaceful and beautiful despite this place being the netherworld.

"Okay! So, how many more hours do we have to keep walking."Bookmark here

I asked because we were literally walking for an hour now.Bookmark here

"Don't worry. We are almost there."

Luemon says it with excitement in her voice. I wonder why she is so excited. Something feels off. Bookmark here

"I know something is wrong. So, tell me Satori. What's going to happen?"

I asked this question from Satori without looking toward him.Bookmark here

After getting no reply, I asked again."

I turned my face left to make him answer it but he is not there. "Satori? Hey! Luemon where is Satori?"Bookmark here

Not able to find Satori anywhere I asked Luemon."

That some serious memory she there."Bookmark here

I shouted those words at her.Bookmark here

"You don't have to shout at me. I can hear you just fine. Actually, he is physically weak and has low heat tolerance. So he must be lying dead somewhere."

She says it without any concern. Like she was stating the obvious. Bookmark here

Then a voice enters my ears as if the one saying it is on the brink of death.Bookmark here

It's Satori who says it while lying on the ground.Bookmark here

No, I don't think you can say that. You look like you are going to die any moment now. Bookmark here

Satori says it with a lack of breath.Bookmark here

Satori wasn't done talking, but Luemon is Luemon so steps on his hand anyway.Bookmark here

Luemon says it with no feeling in her words.Bookmark here

I nod and then start following her. Whereas Satori tries to get on his feet andddddddddddddd, okay he is now standing on his two feet, somehow. Bookmark here

After few more minutes of walking for us and few minutes of crawling for Satori, we are here at a dead end. The ground ends here and the hell is that.

"Excuse me what is this?"Bookmark here

I asked this not able to understand what I was seeing.Bookmark here

"Oh well--"Luemon was going to explain it to me. But Satori cuts her in between.

"It's as Le'en explained. That's the second layer of the netherworld."Bookmark here

"Yes. They are floating, the first layer and second layer that is."Bookmark here

"Yes! It's what you think it is. We have to jump that's all."Bookmark here

"There is no way I can jump--and just look at the height."Bookmark here

Satori says it in stating the obvious tone.Bookmark here

I was in the middle of speaking when satori pushes me. Yup! I am falling and in few seconds I will die. Even though the wind is hitting me non-stop it still feels good. It is as if I am free from all those chains holding me back. Bookmark here

Luemon shouts those words at me because it's not possible to hear someone clearly while you are falling from a high level.Bookmark here

"It's not called flying it's called falling."Bookmark here

"Aren't they the same things?"Bookmark here

Ignore her and focus on what you were doing my mind says. And I did just that.Bookmark here

The ground is getting closer and closer with every passing second. Then suddenly I felt my clothes stretching from my back, and my speed starts decreasing.Bookmark here

It was Satori who grabbed my cloth and was flying with the help of his wings.Bookmark here

I say it surprised.Bookmark here

At the same moment, I hear a crashing sound but ignore it.
Bookmark here

Landed you say? That sounded like a crash to me though. But to think Satori is flying type as well as some crawling type.
"Who the hell are you calling a crawling type? I have your life in my hand."

We then started going down slowly. The ground is a lot closer now. But I don't know precisely how much--Bookmark here

"Find it yourself then."

He leaves his grip on my clothes.Bookmark here

He then lands behind me. I start getting back on my feet and turn around towards him. His wings start to disappear in thin air.Bookmark here

"That was the actual distance you calculated there. How did you do it?"Bookmark here

Satori says it with surprise in his voice. Bookmark here

"You both took time. Looks like you enjoyed it."

No way I can enjoy it when I know I will cease to exist after I die. She is unharmed even after crashing. "Bookmark here

"Just leave it and hurry up or else I will leave both of you here."

satori says it without directly looking towards us and then he starts walking.Bookmark here

Another library. I am in the netherworld and all I am doing is going from one library to another.

"We are here just to meet someone."Bookmark here

Again Luemon places her hands on the gates ready to push and again I take few steps back. Bookmark here

Well, whatever. Let's see who is that demon we are going to meet here. 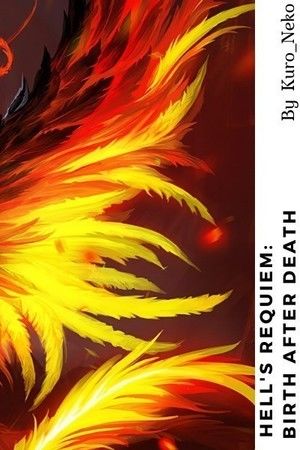