In the current repertoire of gadgets the Makupuu has on their ship, the invisible energy detector should do the trick. We now have a tool to aid in the discovery of balance to unlock its secrets. This will save us a lot of trouble. Delume mounts it on her back and switches it on. The spinning stretches resembling the side profile of a crocodile’s jaws go faster and faster until we heard a beep. Then some data appeared on my HUD, but I did not understand this unit of measurement. She explained these results show it is very high, confirming her basic hypothesis.Bookmark here

It’s not stopping. Her inputs have no effect.Bookmark here

The detector is spiralling out of control.Bookmark here

As she tried to rip it off, my hands joined in the pulls. With enough force, it was torn. But having an item so volatile is a tremendous threat.Bookmark here

“That hissing noise…” The spot where the energy detector rested on her protective suit became a hole to disrupt respiration.Bookmark here

I stare at it with dismay and turn my eyes to the thing that brought about the short series of events that led to her agony.Bookmark here

With the feeling that something terrible was about to happen, I kick her away and press it right into my chest. We look at each other before what I anticipated came.Bookmark here

Tanking most of it, the flashes of glittering blue became fire and smoke. My chin was knocked up, rattling my skull. Once it stabilized, I didn’t want to look down to see my arms or abdomen. The unease of a gaping nightmare got me staring straight ahead. I could be armless or without a heart; my chest hair or nipples could’ve vanished, but I shouldn’t be afraid. Even though I am a student of literature first and foremost, I have my suit to keep away most of what would harm a soldier.Bookmark here

There was grave concern that the roof was blown off. But recalling the cracks and booms, there was never a groan or violent tear to warrant that concern. I push myself to take a look around and I still had a house from the scenes in front of me. Braltui, Fruisolp, Waityuix, and Haibul were just regaining their senses. The exception was Delume. She was up but her stance had a wobble.Bookmark here

At this point, you have to ask yourself what Makupuu inventions can’t tolerate? A hurricane? A meteor strike? The Tsar bomb? The small dent taking up the lower middle portion of my chest was not a bother. But the Research Squad said that I should take off my armour so they can see the extent of the damage. Some of it could be internal and hidden for both me and my suit.Bookmark here

Delume ordered me to sit on the stool where I would normally have language exercises for treatment. The machine that would peer into my brain had some scuffs and nothing else. Based on that, it seems to be fine.Bookmark here

As it scans my bones and organs, it describes the final moments before the blast that rocked us all.Bookmark here

“… I thought I turned it off but the numbers just kept going up. I did what I could but it didn’t do anything. And just like that, you were there, taking all of it, even though I would to survive on my own.”Bookmark here

“Must’ve been a reflex.”Bookmark here

“By kicking me? You did it real hard, you know that?”Bookmark here

“Well, you had to be protected. I was willing to take all of it.”Bookmark here

“So you don’t have faith in me? Your armour is just a more battle-ready version of ours.”Bookmark here

“Of course I do, it’s just… to see you or anyone else hurt, especially with this new suit you made as a surprise, I had to save you.”Bookmark here

“I wouldn’t expect any less. That’s a sign of our friendship: the willingness to protect each other through thick and thin.”Bookmark here

“With what I just did, I must be the embodiment of that, aren’t I?”Bookmark here

“I wouldn’t say that. You’re a decent being: the kind who cares for others over himself in the majority of instances.”Bookmark here

“Well, I do care for you guys quite a bit. I connect with you lifeforms more than the billions of Gloup here.”Bookmark here

“Do you care for Camilla Catalan as much as us?”Bookmark here

I gulp. They just had to bring her up.Bookmark here

“Yeah, metal suit.” Haibul dropped into the conversation. “That 2D slim-thick baddie must be stealing the hearts of human men.”Bookmark here

There’s nothing secret about me anymore; I’m an open book. I should reveal less next time. I shouldn’t be so parting of my thoughts.Bookmark here

“You did say she was the most proficient at the wearing of tights.”Bookmark here

“And her silky smooth hair.”Bookmark here

“And thicc thighs that can choke a man to death.”Bookmark here

“Can you all stop? This level of teasing isn’t necessary. There are more pressing matters to attend to. And plus, you’re distracting Delume with your noise.”Bookmark here

“Repeat at a louder tune.” Fruisolp acted as if it was deaf. “You’re too soft.”Bookmark here

“Just stop, please.” Delume pleaded to them for my sake.Bookmark here

“Fine. You don’t know how to be in good spirits, metal suit. Teasing is a favourite pastime of our kind. This is a fact you should be aware of, no doubt.”Bookmark here

I had to call out that falsehood, forcing Fruusolp to correct its statement while it cheekily pronounced that it’s one of many.Bookmark here

Delume was done. She informed me that I was okay. Waityuix said the same for my suit. With the all-clear, I can wear it again minus any complications.Bookmark here

She apologized for bringing up my beloved anime waifu, stating that she should’ve known they would take it too far.Bookmark here

I forgave her. Compared to the others, she would apologize for the odd joke if it gets on my nerves.Bookmark here

Braltui stated that there is another invisible energy detector. It was indoors with us and may have flown to some hidden crevice of the building or sent outside. But the rest of us put a halt to using the second one.Bookmark here

There wasn’t a third available if the same fate came upon that one. And with the inside of my home a wreck, the priority would be to restore it, basically taking away the chance for the creation of an actual third detector.Bookmark here

We had to be smart about this. Until we have the reason for the detonation of the detector, we have to put our hunt for mystical energy off for now. Bookmark here 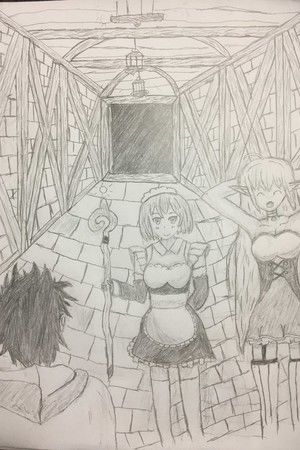 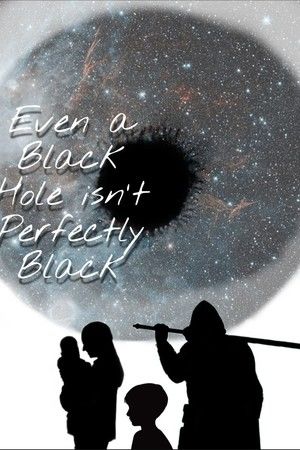