Isn’t it strange how there’s always one player in the hero’s group who has the role of a Shopkeeper? Haven’t you ever wondered who, in a world of endless possibilities, would ever choose to play the mundane role of a Shopkeeper? …That would be me, Yuu Watanabe, the man who was currently the biggest target in Utopia Online.

Recently the developers had placed a series of wanted posters depicting the Demon King –the most elusive boss monster in the game– all across the overworld. Unfortunately for me, he looked almost exactly the same as my avatar (sans the glasses), leading to a case of mistaken identity. But with the help of my IRL friend Dorothy O’Dougherty and the highly-advanced AI Kaguya Fujiwara, we were tracking down the real Demon King to clear my name.

In front of us stood a large staircase, and at the top was the silhouette of a person.

“Who goes there?” the figure boomed.

“You must be the Demon King?” I said matter-of-factly.

“That’s right,” they replied, slowly and menacingly walking down each step, “I’m impressed that you were able to find me.”

“Dude, your lair is an obviously spooky castle,” Dorothy stated bluntly, “I’m impressed that no-one else had found you first!”

“Oof, that must have hurt,” I said, grimacing.

“Indeed,” the demon affirmed, reaching the bottom of the staircase, “And I’ll make sure that you three suffer a similarly painful death…”

I stared at the no longer silhouetted Demon King. Their head looked almost identical to mine, but their body was completely different – Breasts, hips and a long, pointed devil tail.

Mao reached into the bottom half of her bikini armor and withdrew a large purple tome.

“How’d you fit that in there?” Dorothy asked.

“You don’t want to know,” the Demon King smirked.

She opened the tome, holding it out in her left hand and reading aloud an incantation.

Mao raised her other hand forward as the tip of her sword began to glow.

“Get down,” Lady Kaguya screamed as the Demon King shot a beam of dark energy from the tip of the blade.

More beams fired out from Mao’s sword in all directions. Dorothy and I quickly dodged as several nearby decorative marble columns were cut cleanly in half.

“That could definitely kill us,” Dorothy gasped.

Dorothy and I hid behind one of the remaining columns as Lady Kaguya charged forward, sword in hand, ready to strike Mao down!

“Too slow,” the Demon King giggled, parrying the Princess’s blade with her own.

The two of us watched as Lady Kaguya and Demon King Mao matched each other’s swings blow for blow.

And with that, Dorothy leapt forward, withdrawing Excalibur from her inventory.

The Demon King stared blankly in front of her, watching as Lady Kaguya and Dorothy synchronously parried her sword. Even though it was two against one, Mao was still able to deflect their attacks with ease.

“I was expecting a bigger challenge,” Mao yawned, “I mean, you even managed to drag that goody two-shoes Princess along with you. But I guess I shouldn’t be so surprised. After all, I am the strongest monster in the game.”

Mao uttered another magic spell as her demon tail began to glow, extending outwards and wrapping itself around the two girls.

“Me neither,” Dorothy sighed.

“Looks like I’ve got you right where I want you,” the Demon King cackled, swinging her sword forward and landing a direct hit on the two defenseless girls.

I watched in horror as Lady Kaguya Fujiwara despawned. Usually, despawning wouldn’t be too big an issue – If your character is killed, you typically just respawn a few minutes later. Unfortunately, that wasn’t how it worked if you were teaming up to fight a monster or another player. It makes total sense (if you could instantly respawn during a PVP match, then how would anyone ever be able to claim victory?), but that doesn’t mean I had to like it. Instead, the Princess won’t be able to respawn until we’ve either defeated the Demon King, or we’ve died trying.

Luckily, I still had Dorothy by my side. While Mao’s sword had also directly stricken the Rogue, she was able to survive the blow (probably due to her high Luck Stat), sending her backwards at great speed.

“Are you okay?!” I asked, picking Dorothy up off the ground.

“Yeah,” she panted, “I’m fine, but I probably won’t be able to take another hit like this.”

I reached into my inventory and withdrew several Potions.

“Here, drink up. These will help you recover all of your Hit Points.”

“Aww, that’s no fair,” Mao pouted, “The developers didn’t give me any Potions in my inventory.”

Oh, really now? That gave me a brilliant idea.

“Aya, I have a plan,” I explained to the Rogue, “I need you to keep charging at the Demon King. Do as much damage as you can!”

“But she’ll just knock me back again,” Dorothy pouted.

As I briefly mentioned in Chapter 9, a Shopkeeper is able to transfer all of their shop’s items to their personal inventory with the simple tap of a button. Luckily for me, I sold a buttload of healing items in the Fantasy Shoppe, turning this battle from nigh unwinnable to a simple war of attrition. As long as Dorothy keeps dealing chip damage on the Demon King, we’ll eventually be able to knock her out.

“Alright, Yuu. I trust you,” Dorothy smiled, throwing Excalibur into the air.

Mao momentarily looked up at the sword in confusion. Why would the Rogue throw away her weapon, especially when said weapon was the strongest sword in the game? Mao’s gaze returned to Dorothy, but it was already too late – The Rogue was standing right next to her, iron gauntlet at the ready.

The Demon King fell backwards as Dorothy delivered a swift punch to her face. It didn’t do much damage, but the knockback was incredible. Before Mao had time to pull herself up, Excalibur fell back down to the ground, snagging itself on one of the straps of the monster’s bikini armor.

“Looks like you’re stuck down there,” Dorothy jeered, “Unless you want to rip your top off?”

“Whatever,” Mao scoffed, shooting another laser from the tip of her devil-like tail.

Once again, Dorothy’s body has hurled backwards by the force of the laser, but I already had multiple Potions at the ready.

Mao reached over her shoulder, grabbing Excalibur and tossing the legendary blade aside. But by the time she had gotten up, Dorothy was already fully healed and ready to punch her in the face again.

“Will you cut that out?!” the Demon King yelled in frustration as she found herself lying on the ground again.

“As if,” Mao sighed, “Even if I wanted to give up, which I totally don’t, the developers specifically programmed me not to.”

“Then I guess we’re going to keep doing this?” Dorothy giggled.

Dorothy went back and forth with Mao for hours. Charge forward, deliver a punch, get hurled backwards, heal back to full health, repeat.

“Had enough yet?” the Rogue asked, staring down at the bloodied woman lying on the floor.

“That’s enough, Dorothy,” I interrupted, “I’ll take it from here…”

I stepped forward, looming over the Demon King.

“Ha,” Mao chortled, “You think I’m scared of a pathetic little Shopkeeper? What are you going to do, bargain me to death?!”

“You have no idea what I’m capable of,” I winked, scrolling through my inventory, “Ah, here it is.”

“Huh, what is it?” the demon girl asked, “What are you looking for, Shopkeeper?”

With the touch of a button, a rather large steamroller materialized from my inventory, landing right on top of the Demon King! Dorothy looked over at me in amazement.

“Wow! How’d you manage to fit that in your inventory?!”

“Didn’t you know,” I asked, “Shopkeepers have significantly more inventory space than other players?”

I placed a hand on the steamroller, sending it back to my inventory. Mao lay still on the ground, unable to move.

“Aya Murphy, care to do the honors?” I asked, looking over at my foreign companion.

“Certainly,” she nodded, curling her hands into fists.

Mao’s eyes widened in terror as Dorothy unleashed a barrage of punches on the poor demon’s flattened body. With each blow, the Demon King’s body disappeared more and more, until Dorothy landed her final punch with a triumphant ‘Ora!’ battlecry. I stared down at the massive pile of Experience Points and Ability Crystals that had appeared in Mao’s place – A fitting reward for such a grueling battle. Just then, a bell icon appeared above my and Dorothy’s avatars. I opened up my messages to see what was up.

The hunt for the Demon King Mao is over. She has been successfully defeated by the Rogue Aya Murphy, the Shopkeeper Yuu Watanabe and the Princess Kaguya Fujiwara!

Well, hopefully that message would be enough to clear my name.

After replacing the door that Rose_the_Deathbringer had broken earlier that day, I sat triumphantly upon my chair behind the countertop. I had earned quite a large sum of real-life money for defeating the Demon King (of course, Dorothy had gotten significantly more than me due to ‘doing most of the work’), and nothing could sully my mood. Instead of listening to my customers’ stories, I guess I’ll be the one telling the stories for the forseeable future, if you know what I mean?

THANK YOU FOR READING TALES OF VIRTUAL SHOPKEEPER ACT 1! I HOPE YOU’LL STICK AROUND FOR ACT 2! 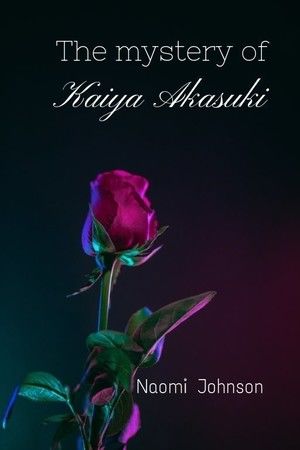