Isn’t it strange how there’s always one player in the hero’s group who has the role of a Shopkeeper? Haven’t you ever wondered who, in a world of endless possibilities, would ever choose to play the mundane role of a Shopkeeper? …That would be me, Kyoutarou “Kyou” Kitamura. Some people do this job to earn Gold, others do it to chat with customers and hear their tales from the virtual world. Me? I don’t care about any of that crap. All I care about is… Seeing beautiful female avatars on the daily!

I was sat behind the counter of Yuu Watanabe’s Fantasy Shoppe, reading a magazine bordering on illicit, when suddenly a stylish girl burst through the door. I quickly tossed the mag aside before she had time to notice it.

“W-welcome to the Fantasy Shoppe,” I stammered, staring down at her unrealistically tight skinny jeans, “H-how may I help you, ma’am?”

She metaphorically glided up to the counter, stroking her perfect blue-green hair as she stopped just inches away from me. I took a couple of steps backwards as her breasts appeared in front of my face. I swallowed, remembering that this was only a game. Those weren’t real breasts in my face, so it was okay to stare, right?

“I’m not really here to buy anything, I just came to chat with Mister Yuu. He really likes it when people talk to him,” she said, looking around behind the counter, “Say, where is Mister Yuu anyway? He’s usually somewhere back here, right?”

“He had to take care of some real-world affairs. Something about finding a serial killer or something like that? It’s probably no big deal,” I shrugged, “But he left me in charge of the shop until he gets back, so you can talk to me if you want. The name’s Kyou.”

“Alright then, Mister Kyou,” she beamed, “What do you want to talk about?”

“You hadn’t even thought of a topic to talk about?” I asked, “Well, you’re the one who came here to talk, so you think of something.”

The wolfgirl paced around back and forth, thinking of something to talk about. I couldn’t help but admire her ass in those snug jeans every time it passed into my line of sight.

“…You like my butt, don’t you?” she asked smugly, turning her head to look me in the eyes.

“N-no, of course not,” I protested, laughing meekly.

“I’m completely, one-hundred per cent sure! I promise that I wasn’t staring at it,” I lied, “I was, uh, looking at your fluffy tail! Yeah!”

“My tail? Oh, boy! You’ve got some strange fetish going on there, don’t you?” she chuckled.

I blushed as she laughed adorably, pulling over the swivel chair and sitting next to me.

“Ooh, you’re blushing! Did I get it right? You’re totally into tails, aren’t you, Mister Kyou?” she teased, placing a paw on my lap.

I gave a nervous cough, my bat wings flapping wildly. Holy crap, this Lycanthrope knew how to make a guy’s heart flutter. After a moment of silence, Lyca spoke again.

“Your wings are pretty small, Mister Kyou. Are they ever going to grow out? I want to see them when they’re big,” she said, grinning mischievously at me, “Maybe even touch them…”

Was this girl into wings?! And she had the audacity to call me out for my (totally non-existent) tail fetish?!

Lyca ran a finger across my right wingspan, making me freeze up, my face bright red.

“Is this what batboys like?” she asked me with a grin.

I could barely contain my excitement. This bombshell of a woman was playing with my wings! Should I say something? Or should I just enjoy this moment?

I decided to reach over for her tail. Was this really OK? She was the one who started stroking my wings, so it was only fair that I returned the favor, right? I ran a hand down her soft, bushy tail, causing her body to jump.

“Gah,” she gasped, her cheeks becoming flushed, “Wh-what are you doing, Mister Kyou?!”

“N-no, it’s… it’s totally not fine,” she stammered, looking away with her mouth in a pout as she started backing away.

Dammit, Kyou! You totally misread the room! I threw on my best smile, and walked over to her.

“Sorry, baby. I know that wolfgirls have sensitive tails. I should have asked first.”

“It’s alright,” she sighed, face still red, “I should have asked before touching your wings.”

The two of us stared longingly into each other’s eyes. Was this what the kids call budding love? Everyone thought that I was just a useless NEET who would never get a girlfriend, but I was about to prove them wrong! Lyca puckered up her lips, closing her eyes as she bent down to kiss my avatar.

Suddenly, a bell icon appeared in front of my avatar – A notification.

“Sorry, ma’am. I just got a message. Gimme a second,” I apologized.

I opened up the notification, reading it aloud to the Lycanthrope.

Attention to all the peons and imbeciles who play this crappy game,

Using a new and improved version of the ImagineTech headset’s lifelike physics, I hope to make Utopia Online even more realistic than ever before!

As of today, if you die in the game… You die in real life!

So now you only have two choices – Stop playing Utopia Online for good and let this stupid game finally die out, or else die braver than most…

Lyca Wolfgang Barker and I exchanged a worried glance at each other. This was just a sick prank, right? Some crazy hacker must have gotten access to the server!

“Hey, buddy! Nice costume,” I snickered, “Halloween is still a month away!”

The Therianthrope didn’t reply, removing a pistol from his inventory and turning to face Lyca.

“A wolf killed by a sheep. How ironic,” the man muttered.

The Therianthrope fired several rounds into Lyca’s body at pointblank range. I watched in horror as she fell to the shop floor, blood rapidly spilling out of her avatar’s body.

“Watashi,” an angered voice called out.

I turned around to see a furisode-wearing, doll-like girl hovering above the countertop.

“Th-the ghost from the storage-closet?!” I exclaimed.

The killer looked over at the ghost girl and snarled.

“Mayoi Oda? So you somehow managed to survive my attack?”

“I wouldn’t quite say that,” the zashiki-warashi stated.

“Well, no matter. I’ll just have to kill you again,” Watashi said, taking aim at the girl and shooting her in the chest.

She fell to the ground momentarily, but immediately picked herself back up, completely unharmed.

“I-I don’t understand,” the murderer yelled, “Right now, both your virtual avatar and your real body should have ceased living!”

“You can’t kill someone who doesn’t have a body,” Mayoi smirked, “I, however, can kill you easily. So better leave. Now.”

“Whatever,” he scoffed, “I’ll be back. Tell Yuu Watanabe that I’ll be waiting for her…”

After the killer left, I turned to look at sexy wolfgirl whose body lay on the ground. I fell to my knees. My new girlfriend was dead.

“Y-you’re a ghost, right?” I asked, looking over at the zashiki-warashi, “That means that Lyca can come back from the dead too, doesn’t it?!”

“I’m so sorry,” Mayoi sulked, “It doesn’t work like that. My body was killed in the real world while I was playing Utopia Online, allowing my conscious to live on inside the game world. Unfortunately, Lyca Wolfgang Barker died in both the game world and the real world at the same time, meaning that there’s nowhere for her consciousness to go. She’s just… gone.”

“I see,” I muttered, stroking the Lycanthrope’s unmoving tail one last time as her avatar disintegrated into nothingness. After a while I pulled myself up using the gust of my wings and threw my hands up in the air.

“Glad to see that you’re got your priorities in order,” Mayoi sighed, rolling her eyes. 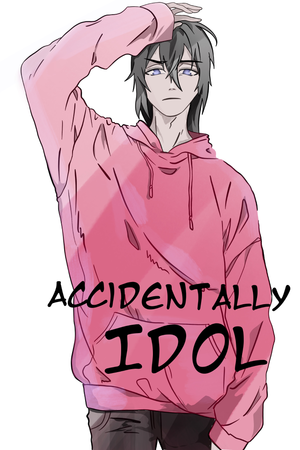