A World Without Rain

Jin said he got fifty-three percent. Yuna was at the top of the class with ninety-nine. And as Liwa borrowed Jin’s phone data to check her marks in trepidation, she could not concentrate in the slightest with Kai’s yellow eyes peering at her just inches from her face.

“Can you, uh…give me some space?” she managed. Was that the shadow of a pout she was seeing on his blandly expressionless face?

Normalcy was a curse, she thought abruptly, sweating under all the layers of her jackets and tugging off the scarf that she no longer needed in the car. With Kai sitting next to her in the backseat, she couldn’t keep refusing to come to terms with why her heart was pounding so loudly while already on allergy meds.

Because if this wasn’t an allergy, then it could only be one thing…

With an unnecessarily strenuous effort, Liwa finally managed to locate her grades as she fumbled through the student portal. She’d passed all her classes, which meant she could rest easy for now. But Kai’s presence beside her was making it hard to think, hard to breathe, and her cheeks felt feverishly warm—she couldn’t be getting sick now. She was wearing three jackets.

“Preposterous,” she muttered under her breath, fanning herself with her good hand. Kai glanced at her curiously and she turned to look out the window to avoid his gaze.

While Jin drove them downtown, he prattled cheerfully about getting to see his family and four siblings back at home for the break. Listening to him was a welcome distraction from Liwa’s own thoughts, so she could take her mind off of Kai’s eyes on her the entire ride there. She was so distracted by her own tumultuous feelings that she didn’t realize that Yuna hadn’t said a word the entire trip.

That thought was cut short when Kai fell asleep with his head resting on her shoulder as if it were the most natural thing in the world. Actually, all her thoughts were cut short as her brain short-circuited and nothing remained except the familiar and yet so unfamiliar flutter of her heart.

It was snowing lightly downtown when Liwa stepped out of the car. She gazed into the sky in wonder, and a snowflake promptly landed in her eye.

“Hmm, have you never seen snow before?”

Liwa’s attention snapped to where Kai stood, and then she regretted that decision almost immediately. He was gazing at her with such attentive interest that she wondered just how she had never noticed before. Until now, she had never been paying much attention.

Kai was still smiling curiously at her, awaiting a response.

She tore her gaze from his to the thin layer of powdery white snow that dusted the edges of the sidewalk. She had first met Yuna on a snowy morning quite like this one, when Lan had introduced her as a friend from her old elementary school. That was the first time she’d ever seen snow.

Yuna had been incredibly shy then, with her round glasses and deep indigo eyes the colour of the night sky that sparkled with nervousness. She hid herself behind Lan and only peeked out when Liwa promised to turn around and hold out a hand. That was when she felt something soft against her palm—Yuna had given her a lumpily knitted green hat. Later, Liwa would learn that she’d woven it herself out of regular yarn to learn how to control her powers.

It was the same hat Liwa was wearing now, but Yuna had not commented on it the entire trip as if she’d failed to remember the circumstances of their first meeting. Whether it was because those memories didn’t mean quite the same to her, or that she’d made thousands of them as a kid so she didn’t recognize it, Liwa didn’t really mind.

Out of the corner of her eye, she saw Kai nudging Jin with a wad of bills as the latter was trying to pay for parking and she fought back laughter. She found her eyes drawn to him even if she wasn’t paying attention. Whether unusual or mundane, his actions were all entertaining.

“You look happy,” Yuna commented, coming up to stand beside her. “Did something happen during the break?”

Liwa made a face. A number of things had happened, but definitely not in the way her friend was implying.

“Kai and I are just friends,” she muttered under her breath.

“I didn’t even say anything yet,” Yuna replied, her eyes glinting. “But you—you’ve really fallen for him all the way, haven’t you? Congratulations.”

“I’ll punch you,” Liwa said menacingly. It was an empty threat.

Her friend was, of course, completely unfazed. “If you break my glasses, you’re paying for it.”

Love was…the last thing on Liwa’s mind, and yet the most pressing concern on her heart, as if she had no choice in the matter. Her day-old injuries still throbbed faintly under the fresh dressing for her bandages as a reminder that her priorities were all out of whack.

Jin and Kai were still trying to figure out the parking meter, so she turned to scrutinize Yuna. Her friend was someone who never wore her heart on her sleeve, but she could read other people like an open book. Although she was smiling faintly, Yuna looked tired and drawn. The thick lenses of her glasses were doing a good job of hiding it, but the dark circles under her eyes were prominent.

Yuna jerked away when she noticed Liwa staring at her face. “What?”

“You look exhausted. Did you not get much rest during the break?”

“I told you before,” Yuna said, pressing a hand to her temple. “Things at home haven’t been the best. But you win some, you lose some. My family sucks but my grades are outstanding, and I have such lovely friends.”

Liwa smiled wryly, knowing that she was trying to change the subject. “Exactly why you can confide in your lovely friends. If anything is troubling you—”

Yuna had brushed past her before she could finish, heading to where Jin and Kai were still examining the parking meter in scientific interest.

“Jin!” she called out. “Aren’t you an engineering major? Why is a machine giving you problems?”

Liwa hovered behind, noting to herself that she would get to the bottom of this eventually, with or without Yuna’s approval. She’d turned a blind eye to Lan’s quiet struggles in all the years they’d known each other, resulting in disastrous consequences that hadn’t even been resolved yet between them. Liwa wouldn’t make the same mistake again if she could help it. 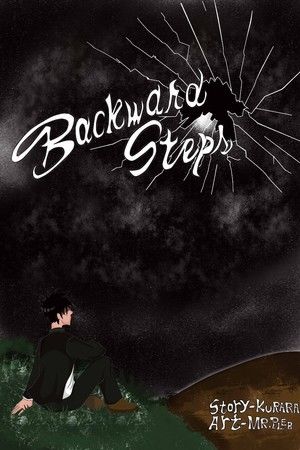