There was a time when Gods lived on Earth, Gods such as Amaterasu, Susanoo and Raijin who, were adored in the shrines. Bookmark here

Once, a conflict suddenly took place. The ones involved were the God of Promise and the God of Death. Both wanted to be the one that had the majority of shrines and believers. Bookmark here

Unfortunately, something that shouldn’t have occurred happened. Thus, the God of promise was cursed by all the Gods by being exiled. He lost many followers and his big temples disappeared. However, at the same time, the God of Death got more and more worshippers and sanctuaries. Bookmark here

This story occurs in an old small shrine dedicated to the God of the Promise. In fact, it was the last one. Does it mean that the God of Promise still has some people that support him? Bookmark here

Inside the old temple there are two men who are loyal to the God of Death. They are chatting intensely to a couple of old people who live there Bookmark here

"Ok, Do you like our offer? We will give you 1000,00 ¥ and you’ll give us this pigsty. We will build a better temple for our God!" Bookmark here

(The ¥ yen  is the official currency of Japan. That amount of money is not enough to rent a one room small flat anywhere in Japan) Bookmark here

The offer was proposed by Takumi, one of the two God of Death's worshippers present at the moment. Bookmark here

Takumi was wearing a black robe. His face was hidden by a cloak that only left his wicked smile uncovered. Bookmark here

"I reject your offer, we cannot betray our God!" Bookmark here

The man who refused the deal was an old man called Daisuke. He was one of the few people who still worshipped the God of Promise. His clothes revealed that he was a priest. He was wearing red hakama pants and an outer robe of the same color. On his head he had a black kanmuri, pointing to the sky. Bookmark here

"Do you really reject this good offer because of a God that does not worry about you? It seems to me that he has forgotten about you" Bookmark here

(Nah, I would never give my house away for that money. Besides, I am still living with my parents ha ha ha) Bookmark here

Takumi was right. Since the God of Promise disappeared, people stopped going to the temple to pray and give offerings. As the temple decayed, Daisuke and those who lived with him didn't have enough money to eat and their living conditions were very poor. Bookmark here

" We are poor and the sanctuary is deteriorated but that doesn’t mean that our God doesn’t protect us from evil intruders like you!" Bookmark here

"Sure? So, he protects you from people like us, well let’s see if that is true Taichi…" Bookmark here

Takumi wore a fake smile and he was biting his lips to keep his fury at bay. Even though it was an old man who was talking to him, he didn't have the strenght to punch him. His body wasn't well-trained by any means. It was only useful for negotiations. Instead, the second worshipper of the God of Death, Taichi, had a toned body. Taichi was wearing the same clothes as Takumi. His lips had the same serious expression, but they weren't made for conversation but for accepting orders like a bodyguard. Bookmark here

"Give the old man a lesson to see if his God appears!" Bookmark here

Taichi punched Daisuke on the stomach. The pain caused the man to fall to the floor and to cough up blood. The blow wasn't mortal, but it was too much for an old man. He kneeled, but he couldn't get up from the pain. Bookmark here

The one who spoke was Daisuke's wife, Haruka. She was an old lady who acted as the miko, the Shrine Maiden of the temple. She tied her white hair in a way that looked like a sphere. She was wearing a traditional scarlet chihaya. Bookmark here

(The term Miko is difficult to translate. "Shrine maiden" is the most common English term that's used. However, historically Miko were essentially shaman who drove out evil, acted as a spiritual mediums, performed sacred dances and other acts that might be compared to magic.) Bookmark here

Despite that, Haruka helps his husband get up from the floor. Bookmark here

"Do you want me to hit the old woman too?" Bookmark here

Scared, Haruka shrieks and Daisuke defends his wife. He kneeled and begged the men to not hit his wife. In spite of being coughing up blood and barely being able to talk, his voice could be heard perfectly. Bookmark here

"No, please! Do not touch her, I will take the punishment myself even if I die. " Bookmark here

"Stop! I will show mercy because I respect old people and I do not like hitting a pair of decrepit people! Bookmark here

-We will give another opportunity, we’ll come tomorrow in the evening! and if you do not accept our offer, we will burn this pigsty and buy a true sanctuary without giving you any cash. I hope you will accept our offer! “ Bookmark here

Takumi and Taichi got away. Daisuke, even though he was injured and his vocal chords were hurt, got up and screamed in rage. Bookmark here

"Fools! You will not get away with it" Bookmark here

"Do not talk honey, you are hurt…" Bookmark here

"Do not worry my darling, our God will protect us, at least we will pray him to protect our daughters! Where are they? Did they light a candle for our God?" Bookmark here

"Yes, they did it, my dear. They are taking a bath…" Bookmark here

Haruka treated her husband's wounds as time passes by and the sun goes down.Bookmark here 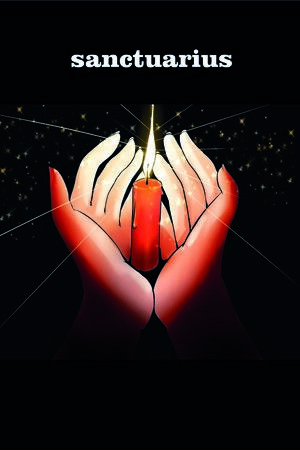