Chronicles of a Vampire

“How is business as a peddler, Zion?” asked the owner of the place that I was staying.Bookmark here

“Not so good,” I replied after taking a long sip of my drink. “The wheat I had bought was greatly devalued.”Bookmark here

Since I was transported in this world I work as a peddler and try to lead a normal life, or how much could be the life of someone who was sent to a medieval world with monsters.Bookmark here

“It’s not easy for anyone, fewer and fewer customers show up, they’re afraid to go out at night because of the monsters,” said the innkeeper.Bookmark here

“Then open it during the day.”Bookmark here

“Most of the straight people are working during the day, what I would have left would be the bums who don’t pay anything!”Bookmark here

Perhaps what he had said had some truth in it, she was about to answer it, but just then the door to the inn banged open, showing the figure of a young man covered in sweat.Bookmark here

“What was it Leth?” I asked the young man who had just arrived.Bookmark here

“Zion, you must run,” Leth said, panting. “They accused your wife of witchcraft... I tried to stop it, but I couldn’t do anything.”Bookmark here

No sooner had he finished saying it than I ran out of the inn and took the horse out of the cart and mounted it. The horse seemed to understand my urgency, for as soon as I mounted it, it dashed towards the village.Bookmark here

The red moon above my head only added to my worries. I urged the horse on even more. I started to see the lights of the village, but something in the sky shocked me. Smoke came out of the village and rose in spirals until disappearing in the starry sky.Bookmark here

It had already started. There was no time to get there on horseback, so I jumped off him and ran as fast as I could and jumped over the palisade, which protected the village. If it was to save her, I didn’t mind revealing my true powers.Bookmark here

I ran through the dirt streets until I reached the crowd that had gathered near a huge fire. A smell of burning flesh permeated the night air, and as I looked into the fire, I saw something that surpassed any nightmare, she was no longer alive.Bookmark here

I fell to my knees, the woman who had helped me when I appeared in that unknown world, the woman I had loved more than anything. She was dead. She was the one who defended that monsters and humans could coexist. Just she who had taken care of the illnesses and injuries of the people of that village, she was killed by the same people she saved.Bookmark here

Hatred flooded me like torrents and seemed to multiply the hunger I felt many times over. All the resentments that I had guarded with seven keys seemed to be awakened. I couldn’t take it anymore. My canine teeth elongated, revealing my true form. That of a vampire.Bookmark here

“A monster!” The people around you started running in fear.Bookmark here

“Do not be afraid!” One of the men in the crowd shouted. “Let's enjoy and throw this other monster into the fire."Bookmark here

I was tired of it, of watching people attack innocent people, of all the evil that was there. In that moment of anger, I gave up the rest of my humanity.Bookmark here 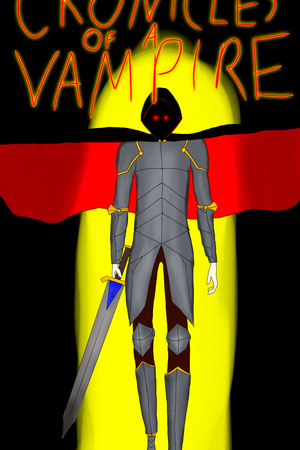 Chronicles of a Vampire