I was on a mission. My sixty-third, by my counting. That's a record in the agency.Bookmark here

Of course, being a near-immortal vampire makes things easier. I'm immune to aging and disease, so long as I drink blood, and the Three B's have little affect on me: bullets, blades and bombs. On the other hand, only being able to work at night is a disadvantage. After all, the monsters all get stronger once night falls.Bookmark here

I was stood outside an abandoned warehouse. That's the tenth this year. Thirty-second total. That meant I'd probably be dealing with some pathetic bogart or something. I never get the fun jobs.Bookmark here

The warehouse was at least thirty feet high, and made of what was once high-quality wood. Now, though, the wood was old and dry, crumbling even as i looked at it. The paint, which had been red at some point, was so dry and flaky it made think of congealed blood.Bookmark here

"Stop it, Toma." I thought sharply. "You'll make yourself hungry, and you only fed a few days ago."Bookmark here

I have a strong will, which is partly why the agency chose me to become a member. I only take blood once a week, and never enough to be harmful. If i lose control and suck a person dry, they come back as vampires. Well, undead vampires. They have no control over their new abilities until they drink human blood, so if they don't get it, they rot, losing themselves to vampirism, becoming bat-like. A leathery membrane stretches across their arms, their ears grow, their hair becomes fur. Bookmark here

I walked up to the decaying doors and kicked them in. Whatever was in here would already know I was here, so no point being touché about it.Bookmark here

It was dark. Almost dark enough to be lethal. Mothers tell their children about things under the bed or in the closet, but the real danger comes from the Dark. I'm not talking your average, run-of-the-mill kinda dark, I'm talking the perfect blackness of your nightmares. When things are that dark, the worst monsters of all come out. The kind that will kill simply out of curiosity for how loud the scream is.Bookmark here

There were crates everywhere. "It's a maze." I growled. I hate mazes.Bookmark here

I could smell whatever was in here, but I couldn't tell what it was. My nose isn't the best. My ears, on the other hand, is a different matter.Bookmark here

Footsteps, retreating rapidly. Not a ghost, then. I hurried after them, silent as a shadow.Bookmark here

"If you're gonna do something, do it right." That's what my dad always told me, before I killed him.Bookmark here

I could see a figure running through the crates like his life depended on it. Stupid fool. His life was already forfeit.Bookmark here

I leapt forward and kicked him in the back. he tumbled into the crates, knocking them over into one another.Bookmark here

a sword materialised in my hand. That's another reason why the agency gave me a job - I stole their most powerful weapon. It was a black katana, known as the Ryōshi. It was a dark weapon belonging to the first monster slayer. Legend had it that he wiped out hundreds of dark ones, creatures dead so long that we lost their names millenia ago.Bookmark here

the creature was dead before it could scream.Bookmark here

it looked almost human, but it had black eyes and a slightly reddish tinge to it's skin.Bookmark here 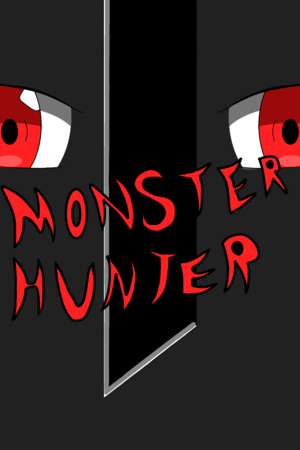