My sisters and I have been living in this horrible kingdom since childhood. The Empress kidnapped us and murdered our parents, she’s the most evil woman I’ve ever met. She would make us fight in the war causing me a scar on my right cheek, she often starved us if we ever disobeyed her, we were being abused by her servant Niko and he was very evil too. She even joked about our parents' death in our faces.

All I want is for my sisters and I to live a very peaceful life. It’s what my father wanted for us, until she came and took her jealousy on my mother and father. The Empress was so jealous that my father chose her instead, it made her hurt and upset.

Back in 795 A.D, when my little sister Onna was three years old, something tragic happened…that wicked Empress who was angry with my father Naito decided to quit being her soldier. That decision made her go crazy. My father was one of the strongest soldiers, he fought with so much passion and that’s what made the Empress fall for him. My father told her that he was married with two beautiful daughters. The news shocked her and she became angry with him. She wanted revenge on our family.

Empress Mioa made an unexpected visit, it would change us forever. She walked up towards my father, startling him. He didn’t expect her to find him. He then asks

“ Your Highness…what brings you here?”

“ Naito, pack your things and say goodbye to your little family! You’re going to be serving me again. “ She shouted at him

“ I told you long ago Mioa, I quit that life and I’m happy here with my family!” My father yelled

My sisters and I looked out the window watching that evil witch telling my father to leave us for her. My older sister Hojo told us that we should hide, but it was too late. The soldiers grabbed us up and we tried to fight them off, they were too strong. They took us away from our parents. My father screamed our names and my mother came running out of the house screaming our names as well. She yelled at the Empress to bring us back. Empress Mioa slapped my mother across the face and told the soldiers

My father yelled at the Empress to stop, she told the soldiers to kill him too and to throw my parents down the river. After they killed my parents, they burned our house down…such wicked people! She even had tears streaming down her face, they weren’t of sadness…they were because she was happy that my parents were gone.

“ Kagayaki? Hello?? Earth to Kagayaki?” My older sister Hojo started waving her hand in my face.

I snap out of it and turn to ask her

“ Hojo, do you remember that day when mother and father took us to the carnival?”

“ Yes, I do! You got so sick from eating all that rice and fish!” Hojo giggles

“ I miss them too, little sis…I miss Mother’s beautiful singing.”

Hojo hugs me and we both cry together. The memories of our parents are slowly fading, but we often remember the fun times even when my little sister was a toddler. Our family was so happy and peaceful.

“ We have to go eat dinner with Empress Mioa now…”

Hojo gives me a sad expression. Eating with that evil woman wasn’t exciting.

We all go downstairs into the dining room area. The Empress is sitting down and thanks us for joining her. As if we even have a choice to join her!

We greet her and sit down to eat our meal. Sometimes our meals are very gross but this time it looks really good..very surprising! We quietly chew our food, then Empress Mioa asks my baby sister Onna a question

“ Onna, have you been studying?” She looks at her

A loud bang on the table was heard across the table. Hojo and I have a worried look on our eyes. Whenever we don’t do the things she tells us to do, she punishes us. Empress Mioa stands up slowly and walks over my sister Onna and pulls her roughly by the hair.

“ Niko, send Onna to the Punishment Room! Make sure it’s a hard punishment!”

I shouted at the Empress

My sister kicks and screams while in Niko’s arms. He then slaps her in the face so hard that it knocks her unconscious. I walk over furiously towards that bastard, but the Empress walks up to me and says

“ I wouldn’t do anything crazy if I were you brat! You’ll just make the punishment worse!” She laughs in my face and sips her wine

I glare at the Empress and go sit back down next to Hojo who is crying while eating her food. I continue to eat my food while tears stream down my face.

The night came and my sister Onna looked very distraught, she slowly walked into the room. Hojo and I ran over to our little sister.

“ WHAT DID THAT MAN DO ONNA?? “ I angrily yelled and clenched my fist

My sister starts crying hysterically in Hojo’s arms. She calms down and tells us what happened in the Punishment Room and what he did to her. I look in shock at what my little sister told me. I wanted to go into Niko's room and kill him in his sleep. Onna told me not to do anything crazy, but it was too late! I stormed into the hallway and kicked the Empress door down. I give that witch a disgusted look. I say to her

“ I swear on my parents grave, if you had that disgusting man touch my little sister in any way…. I will kill you both!” I put my hand on my sword clenching onto it

The Empress started chuckling at me, then walked over towards me and gave me a slap across the face. She looked me in the eyes with a very angry expression.

“ How dare you come into my room threatening me and my servant you stupid brat! If you ever threaten me again, I will do worse to that weak little sister!”

I started to tear up and clench onto my sword.

“ And don’t even think about attacking me with your sword! You’re a pathetic little girl, just like your weak mother! She used to cry like that just before I killed her! You’re weak!” She laughed at me

“ YOU’RE WRONG YOU EVIL WITCH! I’M STRONGER THAN YOU’LL EVER KNOW! IF YOU WEREN’T SUCH AN EVIL WOMAN YOU PROBABLY WOULD HAVE A HUSBAND!”

I grabbed the glass out of her hand and poured the wine on her. She yelled at me to get out of her room and I did. It felt good to give her a taste of her own medicine!

“ That stupid girl will pay dearly!” she said as she tried getting the stains out of her Kimono.

I told my sisters what I did to the Empress. We all started laughing as I re-enacted how mad she was about the wine in her Kimono. Hojo and Onna were sound asleep, but I was still awake looking up at the ceiling wishing that we were in a better place. I also thought about if we’ll ever leave this horrible place.

“ Don’t worry Hojo and Onna, hopefully soon we’ll get out of this hell hold and live a peaceful life!”

I closed my eyes and drifted off to sleep. 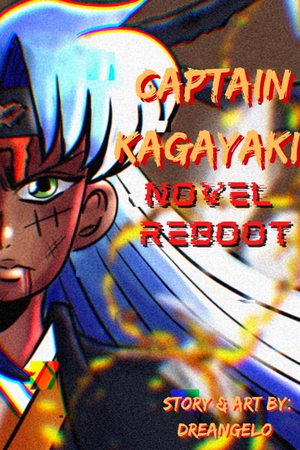