The day that I promised you

The black wolf and the arctic fox

Damien wakes up and looks at his cell phone:Bookmark here

He gets up and looks out the window. It is again the blue comet as bright as years ago. The asteroid crosses the cloudy sky while the lights of the buildings are barely seen.Bookmark here

-Amazing. If I had to make a wish, it would be very selfish ... I wish to meet Lerou again.Bookmark here

The blue comet disappears into the clouds. Damien calms down and goes back to bed to sleep.Bookmark here

The next morning, he is awakened by a notification on his cell phone. He reviews it and sees the following on the front-page news section:Bookmark here

The Antarctic have re-established relations in the country. Last night was a historic day: in addition to the return of the comet across the planet, hours later, both nations decided to end their conflicts. The countries agreed that they will be able to receive tourists and immigrants from today.Bookmark here

-It was not what he wanted, Lerou's wish was barely fulfilled. Today is a great day.Bookmark here

Damien dresses in his usual clothes and goes out to the living room to meet his sister already ready for him to leave. Again, they leave his apartment to get on the bus. Kaira was surprised to see her brother more optimistic than yesterday. Maybe it was because of the news, although she does not want to talk about those issues, if he is happy with it, no problem.Bookmark here

Upon arrival at the stadium, they had to cross a whole crowd of people including including their fans. They had no problem saying hello and taking pictures with them. They then went behind the scenes for a quick rehearsal before going on stage. When they had to go up, the whole public was eager to hear them, among the spectators there were many Antarctics. Apparently, many fans from that country had already come just to see them.Bookmark here

-We are going to have much more public; our Antarctic fans have come. -Says Kaira excited.Bookmark here

-This is going to be unforgettable.Bookmark here

Most important was the unexpected twist that would happen at the end of his first single. Damian continued playing the guitar while his sister finished the song:Bookmark here

🎶You… Me… And the time that was lost… Bookmark here

Ohh Not is enough?Bookmark here

A shower of applause can be heard throughout the stadium, but this was interrupted by someone. An Antarctic takes the stage: he wears what looks like a red robe, fleeceback joggers and tennis shoes. The brothers are surprised to see this, in none of their concerts a fan had taken the stage, they did not know how to react.Bookmark here

In those two uncomfortable seconds Damien takes a good look at the subject: he is a little shorter than his sister, he is very skinny, effeminate, and very pale. But mostly he has red eyes and long silky hair. The man points at it and yells:Bookmark here

-I RETURNED! BY YOU!Bookmark here 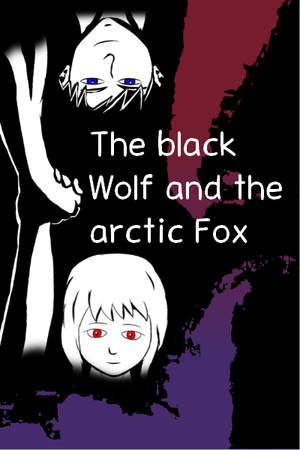 The black wolf and the arctic fox