The sun was high, and those who had prepared their whole lives to enter the Academy today knelt.Bookmark here

On the floor in front of each of the newly initiated child soldiers were the weapons issued to them. Bookmark here

All of them were different shapes and sizes.Bookmark here

Some had their guns, others had their swords, but one stood out among the rest for its strangeness.Bookmark here

Even though this was a place where fledgling Dragoons earned their Rank, someone who brought a mere 'Pen' to the battlefield. It made some of the youth's fellow classmates chuckle.Bookmark here

They held in their laughter. Now wasn't the time to break the somber moment. The teacher spoke:Bookmark here

You shall use your Limiter Inverters to protect the peace, just as competent a Magus should. Bookmark here

If you want to change its shape, then earn enough money to pay for such an alteration. Remember that your lives will be connected to your weapon from now on." Her eyes stayed on the one youth who didn't get issued a 'weapon' and moved on.Bookmark here

When her eyes made contact with him, she could see a deep arrogance and hubris in his green eyes. Bookmark here

That, as well as a fiery will and burning resolve. Bookmark here

One could say that this was a pretty rare of an attitude to have among the new Cadets.Bookmark here

"Time to attach your Macro Converters." The class nodded and picked up another piece before them.Bookmark here

Most attached these micro-computers that did magical calculations for them on their weapons. It was only a rare few who wore their mini-computers as accessories. It was clear what they prepared for.Bookmark here

"Now fight. Show what you're worth." The moment she spoke this, the class turned on each other.Bookmark here

It was a chaotic battlefield where those who were hit got knocked unconscious. Within the large class of around 50 students, the examiners held high hopes for a few talented recruits this year.Bookmark here

...Only to be devastated when the battle royale between students ended within 10 minutes.Bookmark here

The youth with a pen, Fritz Lazrik, had been showing off his skill as the only 'Charm Caster' to be enrolled in history. He laughed and defeated multiple classmates with ease using Paper Charms.Bookmark here

His body turned illusionary one moment, and changed positions with another in the next.Bookmark here

The green-eyed youth was a monster…!Bookmark here

He specialised in crowd-fighting, so there wasn't much for the fanged tiger to do but to hunt.Bookmark here

To him, the rest of them were just fresh meat to consume and grow stronger. He was an animal...Bookmark here

One that revelled in the delight of victory…Bookmark here

The teachers agreed that the youth wielding a MagiPen fought demonically; in a clear frenzy.Bookmark here

["I'll show you Charms are a legit sorcery!"]Bookmark here

He drew on many papers and threw them...Bookmark here

He had unbridled confidence in himself. A bright yellow horn was shining on his head like sunlight.Bookmark here

There was just one girl left...Bookmark here

["Even if you're a girl, I won't hold back!"]Bookmark here

Despite his prior confidence, a look of emptiness appeared in the youth's eyes moments later.Bookmark here

He hit the floor powerlessly in mere moments...Bookmark here

Not a gun, not a sword, but a fist was hanging above his face. Fresh blood dripped from his lips.Bookmark here

"But... but...!" He couldn't accept the outcome.Bookmark here

His pride, his dreams, his everything, was crushed by a girl who defeated the class with her fists.Bookmark here

Everything he'd once had the ambition to do after climbing to the top of the Ranks vanished. The youth was forced to realise that in this world, there existed monsters who defied common sense.Bookmark here

In front of them, all his hard work was useless...Bookmark here

As the scarlet-haired Cadet looked down on Fritz emotionlessly, he averted his eyes in pure dread.Bookmark here

The MagiPen in his hand could no longer function anymore. The Macro Converter was broken...Bookmark here

There was only two words the beauty- No, the War Goddess spoke after seeing his last struggle:Bookmark here

"Accept defeat." The beaury's words were so cold that his face turned white, and his body shivered.Bookmark here

The winner was already decided...Bookmark here

The 'Tooth Extractor' in middle school had his fangs broken at his high school entrance ceremony. That name would fade along with his reputation after having his arrogance broken.Bookmark here

This incident happened a year ago, and to this very day, he never forgot it, even is it's a year later...Bookmark here

His Charms lost their strength that day...Bookmark here 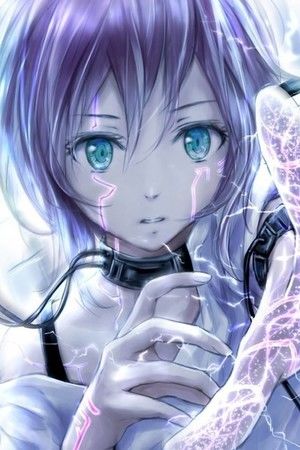