I just wanted to tell you that I’ve arrived safely here in Yokohoma so don’t worry about me. We just got done with moving all the furniture to our new house. I’m still trying to adjust to the new environment, but it’s just so different here. We live near the city, so I constantly feel like my ears are about to burst from all the cars passing by. Not to mention the streets are crowded. It feels very cramped. However, despite that, I’ll try to manage somehow.Bookmark here

First off, I wanted to apologize for taking so long to write a reply. I just spent so much time pondering about what to write, and before I knew it, an entire month passed. That’s when I decided to just pick up the pen and actually start writing the letter. I’m sorry if I worried you, but I’m doing well for the most part. Ar first, I struggled to accept everything. I stayed home for the rest of the summer break after the festival. After summer break, I was afraid to go back to school. I didn’t even go on the first day, but things have started to become better. Haruto-kun has been helping me a ton. So please don’t worry about me, I’m not feeling lonely. You’ve never had many friends here except for me and Haruto, so I hope you’ve started making new ones in your new school. Please don’t feel lonely, Taiyo-kun.Bookmark here

Thanks for your concern, but I’m doing well. You can take all the time you need. I’ll always be waiting for your letters. So don’t stress yourself out Mitsuki. Even without me there, I’m really thankful to Haruto for helping you out. I’m beginning to get used to urban life. Although I messed up my first day of school. I thought everything would be the same, that nothing would change. But a weird girl came up to me one day, and now we’re friends for some reason. She was the type of person you can’t get a read on, but she’s really nice and helped introduce me to a lot of people.Bookmark here

It makes me happy to hear that you’re doing well. Slowly, I’m beginning to rekindle my passion for track again. We had our sports festival a week ago, and I’ve never had that much fun in a sports festival in a while. One time in practice, I sprinted a 100meter in 14.04 seconds, beating my previous record. Though I was a bit inconsistent, so a senpai of mine was already chosen for the meet. Though, if I keep this up, I might be chosen for next year instead. Haruto-kun has been supporting me every step of the way, and I am grateful to him.Bookmark here

Winter is slowly approaching. We recently just finished our second semester, and I was able to get the top scores in the Final Exams. I’ve had to study a lot harder because the students here were a lot more competitive, though I get to take a break now since it’s all over. News says that snow won’t fall here till early next year. Maybe this is a good thing. After all, I never really liked snow. I never liked the feeling of being cold, and I get sick often, especially in Winter. Though, in comparison, the snowfall there will come earlier than in the rest of Japan.Bookmark here

I want to wish you a Happy New Year. I just came back from the first shrine visit. For the most part, I wished for normal things like good health and fortune. It wasn’t really anything special. I’m mostly staying inside right now. It’s hard to practice from all this snow. In just a few more months, we would be in our final year of Middle School. It’s also almost been half a year since we parted. Things never really changed much here during that time.Bookmark here

First thing, a Happy Birthday to you. Though by the time you get and read this, it would already be past that point. Nonetheless, I hope you still accept this and my gift. I had a hard time choosing which to get, but I ultimately decided on the large cat one. It kinda reminded me of Harry, do you remember? The cat that we saved when we were kids? Also, we just had our closing ceremony the other day. I can’t believe we’re 3rd years already. I’ve also decided which High School I’d be going to, I’m not wasting any time, and I’m already studying really hard even though it’s still a year away.Bookmark here

A year has passed already. One year closer to our promise. I’ve had a thought, in a year, we would be in high school, then after three more, we’ll be in college. Then finally, after four more years, we’d graduate. Then we’d see each other again. If you break it up like that, it doesn’t seem like a long time, right? But in total, that’s still over eight years... I thought I would be able to handle it, that 10 years would go by in no time. However, I’ve doubted myself if I could really wait that long without seeing you. I’ve pondered... and pondered... but I found no answer. Despite that, I’m not lonely. I’m not, so please don’t worry. Take care of yourself, Taiyo-kun. Future husban-kun~Bookmark here

It’s been a year now, huh. It’s hard to believe. I’ve struggled a lot at the beginning, but I’ve gotten used to it. Although I thought I could never make it, I did. Things have changed a lot since a year ago, but I still can’t help but feel lonely without you. No matter how much time passes, the hole inside my heart is always there, like a wound that could never heal. I want to see you. I really want to. But right now, that’s impossible. So I’ll wait. I’ll endure. At least one year has been crossed off now, although that won’t make the wait any less hard, yet I’ll continue to wait—because I love you.Bookmark here 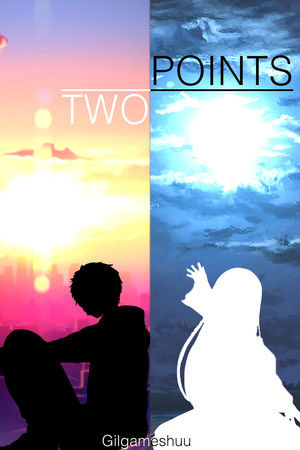