“Get onto the charter! Hurry!”Bookmark here

She struggled up the ramp and into the cramped control room. It wasn’t large; normally a charter this size would hold six people along with the main controls. She observed the others shoving their way around, trying and forcing themselves to fit inside. Bookmark here

She pulled herself into a corner, sword gripped as tight as her trembling hands allowed her. She didn’t know what was going on. As long as she protected the sword, like the Princess told her to do-Bookmark here

Members of the charter were clicking on the rows of buttons. The charter engines shuddered to life. The blades swished and churned water away from the charter. Cries of terror, all trying to flee, fill the ship.Bookmark here

“My partner is coming! We can’t go yet!”Bookmark here

It grew louder and louder, overwhelming her. Fear that this was their last day. Desperation to escape the planet before met its demise. Bookmark here

“Close the doors! Anymore and the engine will collapse,” a booming voice declared, belonging to the Captain, cloaked in white. The Captain stepped to the controls, conducting the ship like an orchestra. “We’re leaving now.”Bookmark here

Two members of the charter crew slammed the doors, cutting off the ship from the impeding chaos. Survivors inside the ship pushed back, screaming at the guards following orders. Panic had set in, layered over each other into a loud chorus of howling animals. Their loved ones were still on the other side. Bookmark here

The ship’s controls flashed on. As the last door slid into place, the cries halted. A silent realization that the planet was truly doomed. That they had to leave. Now.Bookmark here

“We’re meeting with the others, right?” Someone in the group asked. Bookmark here

The Captain begins checking the area around them for launch. His eyes dart between screens, but his focus is still on the people inside. “No! We need to get the Citria out of here!”Bookmark here

Anger from the crowd morphed into hushed whispers as they glance around. There was no gallant warrior, clad and blessed by the light of All, ready to take the lead and guide them to safety. No hero wielding the power of creation to destroy the army attacking them and saving their planet. Where? Where was their white knight that stood valiantly against the evil?Bookmark here

Some of the refugees connected the dots. After all, she was the only one who had a weapon in her hand. Some had no idea; they swirled their heads around cluelessly to find the strong and brave fighter of legend. And it was better that way. Bookmark here

“We can’t just leave all those people!”Bookmark here

“What about the Royal Family? They haven’t left yet!”Bookmark here

Something heavy smacked the wall, causing it to shake. It scared the discord into silence. Bookmark here

“The Citria is the priority! They have the power to destroy her!” The Captain ordered.Bookmark here

Lights. Tremors. The force of water, which surrounded the planet, kept trying to keep them tied to the ground. The mansha energy in the engines pulsed against gravity, pushing back. They had multiple layers of water to cut through before they hit the lower atmosphere. They had to blow through the atmosphere, then that entire battalion that kept hold over their planet. And that didn’t account for any possible attacks launched after them.Bookmark here

The charter shuddered, which sent survivors grabbing for something to keep hold of. As the defenders moved away from the doors, the ship lifted off from the ground and began swimming towards the atmosphere. Bookmark here

That spurred the remaining survivors into speaking up. “We can save them! There’s still time!”Bookmark here

“And there’s other charters still down there! ARC is here!” The Captain shouted back. “We are carrying the most important piece of our lives.”Bookmark here

She forced her eyes onto the ground. The shaking, the screaming, the anger, was dimmed. The terror that pushed her onto the ship and had frozen her in place was dull. She wasn’t feeling…Bookmark here

“Disgusting. Relying on a child-“Bookmark here

“DO WE HAVE A CHOICE?!” The Captain roared. “This is all we have!”Bookmark here

The light in the atmosphere began to die out, swapping and morphing into darkness. The charter, free from the depths, sliced through the atmosphere and into the deep abyss of space. Bookmark here

The Captain pushed back. “We’re giving ourselves a fighting chance!”Bookmark here

“We would have been better off letting her die and saving others!”Bookmark here

“And letting the Citria go to waste? We are not making the same mistakes as those other planets.” The Captain growled.Bookmark here

One survivor pressed back. “We’re making the mistake of saving her! “ He waged a finger towards the corner. “Those ships are going to target us first!”Bookmark here

Only the hums of the engine made any noise in the control room. Everyone knew that it was the truth. Any connection to a Citria would draw in suspicion. Immediate connections would bring the risk of attack from Carnage Herself.Bookmark here

“We need to get away from Zoriab’s forces!” The Captain announced to the group. “My men, take a bomber. Everyone else, hold on tight, or get into the lower bunker. We aren’t safe yet,” He pushed the controls forward, as far as they could go. “Or would you all really be okay with dying?”Bookmark here

A mansha bullet whirled past the window of the command room, narrowly missing the ship. A chill struck all survivors; a grim reminder of their position. They could argue as much as they wanted, but it did not guarantee their safety. Bookmark here

“Then hurry up!” The Captain snapped. Bookmark here

The survivors jumped, running off in different directions. The defenders hurried towards the remaining controls, taking over roles and shouting. As the bullets whizzed by outside, safety barriers were raised and alarms blared, warning of impending battle. Bookmark here

The Captain glanced towards the girl curled into the corner. She hadn’t budged. Everything was dulled and distant; she didn’t understand the shouting or what was happening.Bookmark here

There were so many choices. So many things that should have been done. They’d run evacuation drills hundreds of times. They knew where to go. The royal family had their own charter and evacuation plan. Yet, somehow-Bookmark here

No, they couldn’t worry about that now. What they could do was deal with the present. Getting away, fighting off their attackers, waiting to meet up again with ARC. And, if that meant embracing this child as the Citria, then it had to be done. Bookmark here

“Was I better off dying?” She whispered, barely enough to hear over the roaring engine. Bookmark here

A life of fighting and bloodshed and death. That was what awaited any Citria. “If you died on the planet, maybe,” he admitted. His eyes lingered on that sword, and his heart wavered. So that was its fate. “That’s the Princess’ right? When are you returning it?”Bookmark here

The girl stared out the window. Gone was the sprawling water ways the covered her planet. Now she only saw the darkness of space, dotted with distant planets and stars. A ring of ships surrounded them, baring that striped flag of the battalion, ready to attack.Bookmark here

Her planet. One that was well regarded for its white hue, a shining planet in a sea of stars. no longer was shiny and white and clean. Cracks ran along the surface and into the ground, spread and sprawled out like webs. Pure mansha had burst from the cracks and into space, spraying the planet into deep shades of red and orange.Bookmark here

She knew the steps a planet took as it died. There was no way it would recover, now that mansha was exposed. All she could do was hope the last charters would escape before it truly exploded. Bookmark here

“I won’t be able to.”Bookmark here 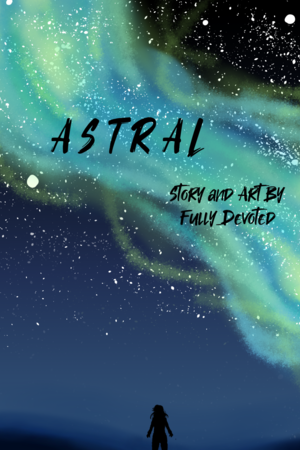