The Carnation Truth (Under Rewriting)

Long ago, there was a powerful goddess that created a planet as we know of today as Earth. Earth wasn't like we all know and see today at first. Earth was empty, deserted, and lifeless, but the goddess gave it life. It gave Earth the grass, the dirt, the sky, the clouds, the trees, animals, and so much more. The goddess that created the land we now know and loved, call herself, Zelana, goddess of life.Bookmark here

Soon enough, Zelana gotten lonely living on Earth by herself. So, she cut her head off. Then magically, her head grew into a full person with similar structure like Zelana. Now, Zelena, has a twin sister, Mavraura. These two were like two peas in a pod, running around together, singing together, and creating things together and so much more. They were like best friends. Bookmark here

Then one day, Zelana had a wonderful idea. She used much of her powers to create us…humans! The people she created adore her and loved Zelana and even worship her. Over time though, Mavraura grew jealous and angry. She observed human behaviors and then came up with a idea herself. One day, she experimented on human who they thought was Zelana and turn them into creature with horns and a tail, of which we now call them,demons. Bewildered and upset, Zelana use huge amount of power to create two dimensions. One she threw her sister in what is now called Etale and one she created for herself for she decided it was time for the humans to survive, believe and feel on their own. The dimension she created herself was called Eepea.Bookmark here

Overtime though, as Mavraura spend her time in Etale she created more creatures and become the goddess in her realm, worship by her followers. She slowly regains power by consuming Zelana prized creations…humans. Bookmark here

So, we humans, created organization that defend off demons and keep human from becoming demons and keeping Zelana's world safe. But little do they know Every 1000 years, Zelana will always leave seeds that will grow into trees that will protect them from the wicked desire and temptation Bookmark here 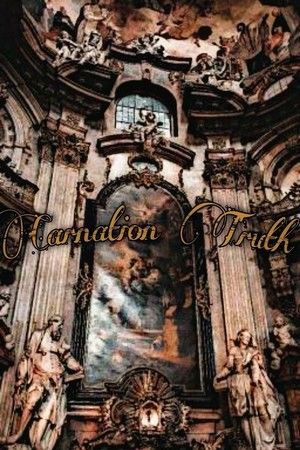 The Carnation Truth (Under Rewriting)