The sky that day was tinged with a lighter color. The clouds acted as a filter that allowed the city of Fukushima to be illuminated, but without blinding its inhabitants with an exaggerated amount of sunlight.Bookmark here

The noise was abundant, the hubbub of the citizens could be heard as they went about their daily chores. At the same time, the march of the soldiers carrying out their patrol duties made the pavement thunder slightly. The engines of the vehicles that advanced uninterruptedly towards their destinations produced a slight vibration in the air.Bookmark here

For anyone unaware of the events of the past few years, it might be difficult to find a difference between Fukushima today and what it looked like a decade ago.Bookmark here

It was the only safe place nearby. All the other cities outside, with the exception of the other two Capitals, were in ruins due to neglect, and in their streets roamed those horrible creatures that did not hesitate to attack anyone who entered their territory.Bookmark here

Having so many people crammed into such a small space had required the population to use the available buildings as shelters, whose severe neglect of what the inhabitants now called "home" was justified. After all, they could not afford to waste valuable resources such as water or building materials on making the buildings look fancy. Minimally habitable was more than enough, and the immigrant families who had managed to save themselves knew that they could not ask for luxuries when outside Fukushima they were certain to die.Bookmark here

It was strange. Even though those monsters were far inferior in numbers (perhaps a few hundred in the entire archipelago), they had managed to corner humanity. Though, these numbers were what allowed the construction of the fortresses with the fewest possible casualties.Bookmark here

Despite the gloomy, gray atmosphere, Noboru Kawasaki considered this remnant of a city his home.Bookmark here

That day Noboru was harvesting the food he had been taking care of for months with several farmers, mostly elderly people. He brushed his dark blond hair away from his sweaty face as he gathered the fruits of his hard work.Bookmark here

Noboru was startled, dropping the heavy basket he was carrying with great difficulty in his arms, spilling the contents all over the floor. However, he didn't immediately bend down to pick it up. Instead, he turned and rested his orange eyes on the person to whom the voice belonged.Bookmark here

A girl, with hair as red as fire, was watching him smiling. She was so close that Noboru could notice her many freckles, as well as her dark green eyes. She was a few steps away from a black motorcycle, which was still roaring and vibrating slightly as it smoked.Bookmark here

"Ah, hello, Wakana", Noboru greeted, finally bending down to pick up the potatoes and carrots he had so carelessly dropped. What brings you here today?Bookmark here

"Hey, do I really need a reason to come and accompany my best friend?", Wakana answered reproachfully.Bookmark here

"No, I didn't say that", Noboru exclaimed quickly. "But you might as well come to work, you're supposed to be harvesting here too", he murmured.Bookmark here

"What did you say?", Wakana asked. Noboru could see her clench her fist, so he just replied.Bookmark here

However, despite her threatening manner, Wakana also bent down and helped Noboru pick up the remaining vegetables.Bookmark here

"By the way, Nobu-kun, how much longer until the end of your job?", Wakana asked.Bookmark here

"I'm not likely to get home until after five in the afternoon", Noboru replied, trudging toward the truck into which he was to empty the contents of the basket. "We still have to make deliveries of these supplies to the villagers."Bookmark here

"I see", Wakana couldn't hide a hint of disappointment in her voice. "In that case, I'll wait for you!"Bookmark here

"Why, thank you, Wakana", Noboru said gratefully. "It's very kind of you to at least wait for me since you relegated all your work to me... HEY! Where are you going?!"Bookmark here

The girl was already getting on her motorcycle again. Puzzled, she looked at Noboru before answering:Bookmark here

That said, she set off for the urban area, driving rather recklessly.Bookmark here

"When will she learn to be responsible?", he lamented.Bookmark here

"You're lucky, my boy", said a man to Noboru. He was almost toothless, and wore a straw hat, presumably to keep out the sun (though it was quite cloudy that day). "I wish I had a girlfriend that pretty."Bookmark here

"Does that mean I can have her?", added the toothless old man with a smirk.Bookmark here

"Of course not!", Noboru shouted, attracting the attention of some nearby workers. "Atsushi-san, you're married, dammit!"Bookmark here 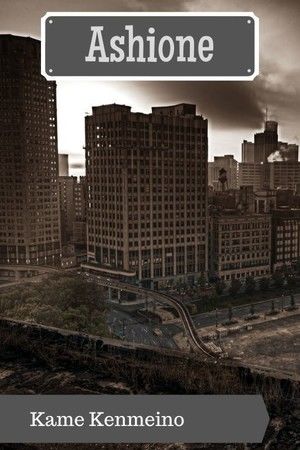