The score is 58-56 with 47 seconds left to go, and the other team had the lead. This is the first game in the regular season for our team, Waterfront high school. We are playing against a good school, but we are determined to win, in fact we have it right in our grasp.
It is our ball while only being down by 2, this is a great opportunity to win, our best player Kale looks ready to score a big goal to tie it up, and our star point guard, Devon Porter isn't messing around either. He went to pass to Kale to go for a mid range shot coming off of a screen, but instead of Kale getting the ball, it was swiped away and stolen from the other team.
And just like that the score became 60-56, winning was far out of reach, but not impossible.Bookmark here

"Timeout Waterfront" the refs said. The coach gave us a speech and with 37 seconds left, in desperation called a play to try and get our best player open for a 2 pointer, or our best shooter open for a 3 pointer.
Devon got the ball and took it up without wasting any time. He was watching waiting for a moment where a teammate was open, from a screen, from a cut, from anything. Bookmark here

He thought as he passed the ball. Kale had called for a screen and was wide open for a mid range shot. Bookmark here

He shot and made it with ease. The score became 60-58. There was 25 seconds remaining, just enough time so if the other team goes for a shot and misses, they will get 1 more chance if they try to run the clock out.
The other team ran the clock down to 10 seconds, and then shot finally, but it missed! And with 8 seconds remaining after the ball stayed in the air for 2 more seconds.Bookmark here

"Alright listen up everyone, I know this is gonna be tough, but we have the game right in our hands right now. We can make up for all of our past mistakes this game with this shot. It has to go in no matter what if we want to win, there will be no other chances to win this game. Now that much is obvious, but what I want to tell you all, is that  it doesn't matter if this shot goes in or not okay." Coach Bradford said in a serious but calming voiceBookmark here

"What Coach is trying to say, is that even if we lose this game, as long as we gave it our all out there tonight, and as long as we learn from everything we did wrong, we can turn this loss into a win in the long run, do you guys understand?" Rain said Bookmark here

Rain is the manager for our team, he is very knowledgeable about basketball, and every time he makes the game-plans and plays for our team to run, it seems like they always work well, but it's mainly just the teams fault that they don't work, due to missing shots, just simple mistakes, or whatever unpredictable occurrences might happen during our games. He also motivates the team even more so than Coach does sometimes, maybe it's since he's the same age as all of us.
Bookmark here

Both Coach, and Rain said this, but they knew for damn sure they wanted this ball to go in, and even though they just gave that speech about it not mattering or not, their faces told a different story. The kind of story that tells you how this season will end up being another failure if we start off losing our first game again.
Our school has barely even been able to win games for the past 10 years, it's been so long since Waterfront has seen a chance to even make the playoffs, but if we won this game, we might be able to finally be put on the map.
But other than that speech Coach actually gave us a huge tip. He told us that we don't have to go for the win, we can always go for the 2 points and tie into overtime, but our players didn't look like they could play into overtime so I don't know if that would work.
Bookmark here

Also about me, I haven't even played for a single second during this game, I've never been that good of a player, although I play often at my house goal all the time since its fun, basketball is just a big hobby of mine, but anyways back to the game.
Bookmark here

The ball was in the hands of Devon, and with 8 seconds he took the ball and was ready for a huge play. We all had the same thought, and that was that this game wasn't going into overtime. We were going for the win right here and now.
Bookmark here

Kale screened for Cameron (Our best shooter), so now the other team had to decide which one to guard. They went for Kale , so Cameron was left wide open a little to the right of Kale.
This was due to miscommunication on the other team. They messed up what player they were going to guard, so they both went to Kale, and Cameron was left with a good amount of room left to shoot. Devon passed to Cameron, and he went up for the 3 pointer with 2 seconds left.Bookmark here

Cameron hit the rim and it bounced up then went to the right. A miss! The game was over 60-58. Waterfront started out 0-1.
After the game ended I went home as usual and played by myself at my own goal. I normally play from 4-9 pm, and then my mom would yell at me to go to bed for school. Of course this night was different since it was a game night, so I only started playing at around 10 pm once I got back. The bus ride back was quiet since we lost, so it seemed like forever until I got home. But on game nights, my mom didn't care as much, so I would play for hours and then go to sleep.
Bookmark here

In my head I liked to imagine that I was in a real game, I would always pretend to be the hero and hit the game winning shot, or lead a big comeback, or whatever scenario I could come up with in my mind. I just loved to play and since I couldn't ever get my coaches attention, I never was given a proper chance to prove myself. So I had to resort to this kind of play instead of on a real court. I was super exhausted after today so I was only able to go until midnight, I decided that I need sleep for tomorrow anyways since we have practice and stuff.Bookmark here 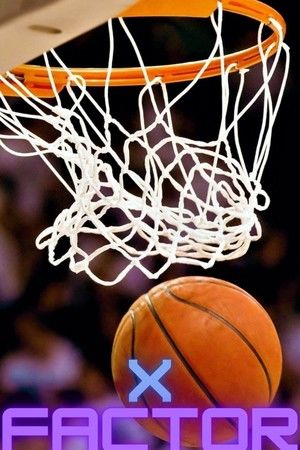