Yes, I am seriously continuing this story. It ain't over 'til I say it's over! 😒

Laika stared down at her wrist as if she were reading a watch. But, of-course, she wasn’t, because this is 2021, and wolf-girls with skirt pockets carry smartphones. Laika rolled her eyes at her own silliness, and withdrew the smartphone she had impulsively bought during the Pokémon GO craze from out of her above knee-length skirt’s pocket. After a failed attempt at unlocking her phone, partly thanks to her intricate lock pattern but mostly thanks to her lack of hand-eye coordination, she made a mental note of the time. 16:13. A better author might try to give an explanation for why Laika bothered to set her phone to 24-hour time or why they’re making a reference to a webcomic that many consider to be past its prime. I, however, am not that author.Bookmark here

“Hmm…” Laika hummed, lifting her mug up to her mouth by all of her fingers but the pinky and taking a sip. Because nothing screams “class” like a wolf-girl sipping cheap tea from a dog-shaped mug with a bootleg anime figurine in her pocket and thoughts of stealing the freaking Moon in her head. “If I’m really going to get the Moon for Waifu-chan, I’d better prepare some things…”Bookmark here

And with that, Laika stuffed her still half-full mug of tea and her smartphone into her skirt’s pockets and ran down the road in the direction of the nearest dollar store. As she ran, two thoughts entered her head. Firstly: Damn! I can’t mess this up! If I don’t get the Moon for Waifu-chan soon, I’ll have to wait ‘til last minute NEXT YEAR! And secondly: I really should’ve grabbed my headphones on the way out! This scene could you some tense ‘I’m running out of time’ music!Bookmark here

As Laika ran up to the store’s automatic doors, she propelled her left foot straight downwards in order to make a seamless heel-turn and launch into the shop like a ninja in Heelys… and ended-up face-planting like a 10-year-old YouTuber with four subscribers trying to imitate Tony Hawk. But at-least Laika was wearing her metaphorical helmet as the trash bags next to the store’s dumpster broke her fall.Bookmark here

“Still got it,” Laika huffed, pushing herself to her feet and casually strolling into the store as one might if they weren’t covered in dumpster juice. Laika looked around the aisles, trying her best to ignore the familiar song blaring over the store’s speakers, until she found what she was looking for. “Aha!” the wolf-girl beamed, taking a blister pack off one of the shelves and holding it close to her chest like a sexy blonde girl in a harem anime would the dense, black-haired male lead. “Here it is,” Laika smiled, lifting the item away from her chest like she was presenting the newborn Simba for all the Pride Lands to see, “a state-of-the-art Moon-stealing kit! And it’s only…” Laika’s heart sank. “$1.99?!” the wolf-girl cried, grabbing her head in her hands and dropping to her knees. “And that’s not even taking tax into account! Why’d they call it a ‘dollar store’, if they’re going to sell stuff for more than a dollar?!”Bookmark here

As Laika was about to hang the blister pack back on the shelf and resign to the fact that she’d have to come up with another plan, she suddenly remembered something. Something she had seen in a movie once. In Raiders of the Lost Ark, the hero Indiana Jones tried to get away with swapping out a priceless artifact on a pressure plate with an equally-weighted bag of sand. (Don’t worry, that’s not a spoiler, it’s the very first scene in the movie. I may be grossly unfunny, but I’m not the type to spoil movies!) Although Indy had failed, Laika knew she could do it. She’d seen enough Raiders of the Lost Ark homages and parodies to pull it off! Carefully, Laika withdrew her half-full cup of tea from her pocket and hung it up on the shelf by the handle, in place of the blister pack she had taken. After checking the coast was clear, Laika slipped the blister pack into her skirt and nonchalantly, inconspicuously skipped to the automatic doors like a criminal who had just gotten away with a heist, causing several customers to glance over at her.Bookmark here

“I did it!” Laika declared with a fist pump as she exited the store without a hitch. “Moon, here I come!” she smiled, dancing on the spot on her tippy-toes. Just then, her ears pricked up. An alarm. And not a false-alarm either. This wasn’t the work of some ghost prankster pulling the fire alarm. This wasn’t the work of an enemy Stand. It wasn’t even the work of a Stand-using enemy ghost prankster. This was the work of a naïve wolf-girl who thought she could fool the dollar store’s electronic article surveillance system by hanging a mug of tea on a shelf. Whatever, Laika thought, it’s not like I stole a billion-million-Brazilian-dollar diamond from a museum or anything! I swapped this Moon-stealing kit out for an item of equal value! I’m sure the cops will understand when I explain it to them! They’re just small town officers. They’re hardly like the President and her elite guard, after all!Bookmark here

“Laika Moonlight,” a gray-haired woman in a suit and sunglasses began, teleporting in front of the wolf-girl, “you’re under arrest for being total cringe.”Bookmark here

“And who the Hell gave you the authority to arrest me?” Laika scoffed, folding her arms and turning her back to the woman.Bookmark here

“Laika…” the woman growled with a stare that Laika cool feel burning two holes into the back of her blue single-strapped tank top. If this weren’t a metaphor, Laika would be in real danger of having to buy a new shirt. “I’m the friggin’ President of the United States of America.” 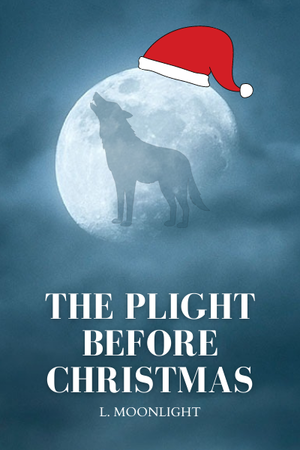