Leo momentarily blacked out at the words ‘She was here.’ He knew who the woman was referring to. He knew what the presence of the door meant. The carvings on the door were a part of a crest.Bookmark here

Crest. In simple terms, Crests were a form of a power, in a world, with a will of their own. Each world possesses a conscience. Some like to make themselves heard, while some stayed silent from the beginning to the end. Each not only possessed a will but also a soul and defining traits.Bookmark here

Each would define its own laws, rules and ways. Within the world, different powers defining a trait of the world would be born. The strengths also had a will, purpose and ambition but unlike other creatures, they lacked a physical form. Instead of physically pursuing their ambition and purpose, a strength with a will would follow the path of those who shared its perspective. It would aid the one it followed and grow along with them. The strength would never waver from its path and required its master to be the same. Some would protect, some would offend, some would destroy, some would rule, some would conquer, some would run and so on. Each had its manner of being and followed a master of its like. To make itself noticed, the power would change its form depending on its master growth. The unique entities of power were known as Crests and were numbered by the laws of the world.Bookmark here

The carvings on the large door in the sanguineous world were a part of those said crests. It was not one of the world of the Blood Prison, but rather of the world where Leo’s origins lie. Crests change their markings and visible forms to suit its master. What was before him was a part of a larger Crest known as The Tempest Crest.Bookmark here

It was also the crest possessed by Clara Scott, Leo’s late fiancée. He held her in his arms at the banks of the lake near the World Tree – Medros. Bookmark here

Leo could feel his chest tremble as his heart beat uneasily. His body temperature rose and his vision narrowed. Starting to pant, Leo traced the carving on the door and spoke in a gravel whisper, “Which one of you is going to tell me, what happened to her?”Bookmark here

His voice echoed through the emptiness and the beings in cloaks, including the woman, cautiously jumped backwards. The source of their wariness was not only his voice but also his body.Bookmark here

Leo was unaware of the black smoky vapours that was emanating from his body. The vapours did not dissipate in the environment, instead they hovered on the surface on his skin before settling down on it like a layer of paint. The black vapours condensed on his skin surface to form vein-like patterns on his back, shoulders and arms. His forearms and hands were pitch black with the black smoke rising and dancing like black flames.Bookmark here

Leo’s ears started to ring and the only thing he could vividly hear were the sounds of his heart beat. His narrowed vision was complemented with a filter of red.Bookmark here

He turned around to face the gallery observing and interrogating him. His eyes were bloodshot and his breathing was similar to that of a rabid beast. Stepping forward, Leo taunted, “So? Who is it going to be? Who is going to tell me?”Bookmark here

The black veins that adorned his shoulders expanded and climbed up his neck to his jaw. His breathing was further strained to the point of panting audibly. The white of his eyes were pigmented pitch black with the black fumes emitting from the corner of his eyes and his pupils glowed dark red.Bookmark here

A new addition to the harmony of the hissing of the black vapours and Leo’s panting was a crackling sound. The origin of the cracking sound was Leo’s hand. Red lightning rose from the pitch black coating on his hand. The lightning remained around the areas concentrated with the black fumes.Bookmark here

One of the figures in red cloaks, sprinted towards Leo.Bookmark here

Leo noticed the presence of the figure but chose to ignore it.Bookmark here

The figure revealed a dagger in his right hand, which it had kept hidden under the cloak. It gripped Leo by his throat and pinned him against the door. With a preening chuckle the figure placed the edge of the dagger on Leo’s throat.Bookmark here

A gush of air discharged from the closed door behind Leo. The gust unhooded the figures in cloaks. The one who held Leo was a young man with black hair and immature eyes.Bookmark here

Leo started at the man in the eye and spoke, “Where is she?”Bookmark here

The man suddenly felt a strong ominous aura coming from Leo. The hair on his nape stood upright. It was something one hears in stories exaggerated for dramatic effects. The cold whisper of death. Before he knew it, he felt strength escape from his body. A sharp throbbing pain was present under his chin. He looked down to find that Leo’s hand had impaled his head from under the jaw and blood poured out like a waterfall.Bookmark here

Just as the man’s body was collapsing, Leo used his other hand to grab the dagger that the man held. Leo looked forward to count eight people remaining; five men and three women, all of them young with black hair and glowing red eyes.Bookmark here

Stepping over the corpse, Leo moved forward with a silent stare. He looked around for the next one to make their move. As he stepped forward, the lightning that covered his hands diminished. Leo stopped when he suddenly felt his body cool down.Bookmark here

Slightly swaying his body sideways, Leo stepped backwards. The heat in his body increased along with the crackling of the lightning on his hands. He could not step away from the door and maintain the temporary strength.Bookmark here

As soon as he stepped back, three of the cloaked men (two male and one female) rushed forward towards him with a surprise reveal of double edged straight swords from under the cloaks. They simultaneously approached Leo with a large and heavy swing.Bookmark here

Leo felt his heel hit the corpse behind him. He immediately crouched and grabbed the corpse by its collar with one hand. With a swinging motion, Leo stood up and threw the body towards the three who approached him right when they were at arm’s length from him.Bookmark here

The impact from the corpse threw the three off their balance. Taking advantage of the development, Leo approached the one at the centre and slit his throat before he fell on the ground. Without a moment’s delay he rushed towards the woman who had charged along with the others and feinted an attack at her abdomen. The woman flinched defensively giving Leo the opening to thrust the dagger in her throat, under her ear. He twisted the knife to widen the wound opening and left the dagger in her throat.Bookmark here

Without breaking momentum, Leo grabbed the woman’s sword and in a large circular spiral he attacked the third attacker with a horizontal swing. The man guard’s himself from Leo’s attack with his sword.Bookmark here

The clang from clashing of the two swords, in the split-second instance, served as a wakeup call for those who remained standing to be on-guard against Leo. They all drew similar swords from under their robes. Leo rushed back to the door and faced the man he just crossed swords with.Bookmark here 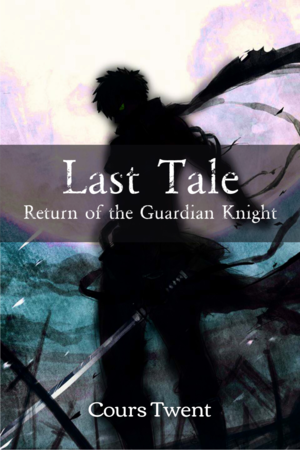