Wishing Upon A Grave

"Mom…" The one word of the black-haired girl held intimacy, but also sounded melancholic to the ear.

Her red highlights was like the blood of what was supposed have bled from the monsters recently slain behind her. Fortunately, their stench only lasted for a time as short as her current haircut.

A fringe hung near her listless right eye…

The little red riding hood was cold this snow-filled winter night, but she didn't seem to wear much.

The only thing that made her seem 'real' was the resulting slaughter and her smoky cold breath.

A red hood and cape draped around her dress-like hunter outfit. Liking one particular colour indeed.

It had been years since she had finally become a young adult. One with a good amount of savings.

She could retire from service. There wasn't a need for her to go 'hunting' anymore for these creatures.

No… They would continue to 'haunt' humanity.

These residents of the dead… Even if they killed millions, the numbers would only grow with time.

Or else, wouldn't they eventually be overrun?

The girl glanced behind her. Those undead 'wolves' that had appeared also nearly ruined this grave.

If it wasn't for her getting here in time, then the final resting place of {Anya Orchid} would've broke.

She wouldn't have been able to ignore such a tragedy. It was to the point her mother seem to have a certain… 'attraction' to bad luck. The way she died also seemed to strange in many aspects.

After going AWOL and being missing from the grid for years, her body was found in the streets of the Slum City. That place with broken houses and barely any relief coming from the upper regions.

Since it was closer to the epicentre of 'Anima Break', there were rumours she had been fighting.

That the former prodigy of Hope Academy hadn't ran away. That she had been hunting all this time.

Her mother would never lose to an Anima.

No matter how strong or ferocious they were, her mother was someone who made creatures cower.

Running when hearing of the 'Rosemary Reaper'.

Amy's white scythe became known as the symbol of 'Executioners'. The highest rank in the army…

'I wish the others were with me…' She thought while putting a heavy canister down in front of her.

There were a lot of people she missed…

…but the most prominent was her 'team'.

As a member of Hope Academy, which was once the most prominent school in the entire world, it wasn't strange they made 'teams' to teach cooperation. Hers was… a bit odd in retrospect.

A former heiress to a company, someone who was ostracised for being different, her sister, and her.

They were a team that couldn't be beat.

However, everyone had to grow up one day. It wasn't like they could stay students forever.

They were forced to take up arms, becoming stronger for the sake of protecting what was left.

It was in her travels around the world that her team had met 'that man'. The one who trained them.

If it weren't for him, their mentor, all of life would have been destroyed, with no hope of resurrection.

She remembered him as an almost omnipotent man. Remembering how he'd slain even myths.

He was thus codenamed: The 'Calamity Crusher'.

The one who'd slain catastrophes with his fist.

While reminiscing, she made a small but sincere wish this New Years. One coming from within:

'Please… Please… Let me see them again.' She joined hands in prayer in the middle of nowhere.

Suddenly, her phone started to ring…

Putting on the hood to cover her face, she quickly answered it in case there was an emergency.

This line wasn't supposed to be used casually…

"What's up?" Unlike her previous tone, her voice took on a subtle playfulness she was familiar with.

The man on the other end didn't mind though:

"What's the need for codenames between us~?"

"I don't remember us being that 'close'."

"Wasn't I your Headmaster at Hope Academy?"

"That place was burned down by Anima. Now it's surroundings is called a 'city without any hope'."

"You're right. My bad. Don't get angry at me for this. The place has way too many Anima to handle."

"Isn't that why Executioners like me are constantly culling them? Why don't you talk to the General-?"

"You know he wouldn't do anything help. He isn't willing to sacrifice so many without a plan to conquer the area. We left that place for a good reason. Now put it down." He interrupted her with a voice deeper than anything he had spoken before.

"That's funny…" He snickered, causing her to start trembling. The snow beneath her feet was melting.

"What do you mean…?" But she played it cool.

"The 'Rosemary Reaper', a proud prodigy of the Rosemary Expanse of the Middle Region, was found in an alleyway of that… 'place'. She died from a simple stab wound and bled out. The location of the injury… was on her back." He spoke with intent.

It was a theory she had heard about a lot.

"There's nothing proving it was the people of Faustus City. They wouldn't do things like this."

"You have a lot of faith in them, but don't get the name wrong. Faustus City moved to the Higher Regions; away from all the fighting. The Lower Region doesn't even deserve to be a 'city' now."

"You can deny reality, but that changes nothing."

"Wait, I have something to talk-!"

"There's some materials here in the 'Slum City' if you're desperate for them. I've left an extracted canister of 'Nether Points' here, so give more relief for this place. Make it into a proper 'City'." This time, it was HER chance to interrupt the man.

"Phew…" The sound of him taking a deep breath could be heard from the other end of the line.

The amount she saved up was ridiculous…

"Now, is there anything else?"

"I'm willing to accept the investment you're making here. I have one condition." He recovered from it.

"You mean… The reason why you called?"

"And if I disagree?"

"I'll throw out another bait. Which is… I'm making a new training Academy in the Rosemary Expanse."

"You're not feeling interested? The condition I'm giving is that you act as a guardian of sorts. All you have to do is deal with any 'incidents' where Anima appear. For you, that should be a simple job."

"I can protect them better if I'm here." She spoke while glancing at the now disintegrating corpses.

After a certain amount of time. the Anima would vanish. She was glad clean-up was so easy.

Since the 'Nether Qi' within them had already been extracted, there wasn't any way in letting them go.

Most importantly, operating in a danger zone was better for someone of her calibre. It didn't make sense to pull her from here when the Superior Magic Investigation Unit (SMIU) worked there.

They had enough Executioners to keep the Rosemary Expanse protected. So why 'bait' her?

"Anyway, I think I heard my mom calling me."

"That wasn't the bait. I know you're certified Combat Engineer. You even developed the strongest Mystic Tool used for slaying Anima by yourself. That's why… you HAVE TO come here."

"Huh? W-what about the technology!?"

"Come here and find out."

"How are you so sure…?" She wasn't able to ignore the confidence in her former Headmaster’s voice.

The one who’d seen the picture of despair ‘that day’. He wouldn’t naively rely on false hopes.

"The next generation are destined to surpass the old as 'Magi'. A new curriculum has been made solely to train new 'Dragoons'. All of them will be of the D Rank." Her eyes widened at this response.

What was D Rank?

In terms of sheer 'Qi Capacity', she was only at the E Rank. Still far away from being at the very top.

Once you reached the D Rank Qi Capacity, a whole new world would be opened up in terms of combat.

It's something Hope Academy students strived for while nurturing their talents. Which made it insane!

Was he saying the average soldier would be stronger than her? Were there THAT many talents?

"…How?" The moment Anya asked, the call was cut off from his side. She felt like he got one over her.

It made her curious…

The 'Hero of the People' was as legendary as her mentor, the now legendary 'Calamity Crusher'.

If she knew anything about that old fox, Celest Vagabond, then he was probably the Headmaster of this new Academy, and he was probably making himself seem amazing despite being an 'antique'.

Unlike her respected mentor, who was constantly growing stronger, Celest just stayed at the back.

He stopped participating in subjugations and hunts after forming the Mage Association by himself.

This was despite still having a young face even now. The appearance he had was unexplainable.

'Does it have to do with his Innate Gift?' Was what she speculated, but the government hadn't confirmed anything. Regardless, since she worked as an Executioner for the Mage Association, then it's probably not her business to judge a superior.

Nothing good would come out of defying him…

…so should she accept the 'bait' he threw?

What he said was interesting, but she knew better than to be swayed by a few words like that.

Her mission was saving people, not being a tech geek like she had been back in the old days.

It was better to ignore what he said.

If there really were D Rank Superior Dragoons being nurtured there, then good for them.

She had a thousand different ways of finding out what he was talking about from where she was.

And that wasn't the most important point.

Objectively speaking, she could protect far more people if she hunted down the Anima living here.

It was because Anima tended to gather together when hunting their prey. They didn't 'eat' Humans.

Their only motive was to extinguish life…

Since Anima didn't know hunger or tiredness, it wasn't like there hadn't been 'stampedes' before.

To put things simply: His bait was useless.

There was no way someone as independent as her would return to being just a soldier in the rear.

The kaleidoscope of battlefields were right here.

Here, she was truly a 'Hero' saving the innocent and weak. Everything was much simpler…

She wondered whether or not she should pick it for a moment. After all, Celest was an annoying guy.

There was too little she knew about him as well.

If it was General Ironheart of the Steelware Military instead, then she might have been convinced…

Still, it wasn't like she could ignore this line…

Emergencies had to be dealt with immediately. It wasn't up for debate. She HAD TO pick up.

"What's up?" She said in the same tone as before.

It was an accident. Just a force of habit. Even feeling embarrassed that she'd reacted like this.

"There's one more bait I'll throw in for you."

"If you do well, I'll tell you where your mentor is. I'm already getting in touch with your former teammates as well. Don't try getting his location out of me. He's a protected citizen. Well… Bye~!"

The phone was hung up once again.

This time, she silently turned to walk away. Since her wish came true, it was fine to pay a price.

She touched the rectangular folded weapon on her waist, then started to head towards 'the expanse'.

It was gonna be a long walk… 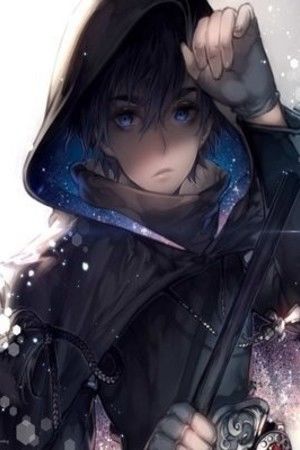