"Wah~ the protagonist is awesome!"

Those were the first few words I've heard upon waking up in a bright white room.

Everything was so sudden, I have no idea what's going on. There's was a couch, a mini fridge and a table with several piles of different kind of manga stacked on top of it. There was a child seated on the couch, reading a popular manga that I've heard of.

Though this wasn't an ordinary child he was beautiful...

He had white hair like translucent snow, a skin so white It might rival Snow White, a face so beautiful and foreign. My heart weirdly skipped a beat. Everything about him gave a soft, gentle aura.

He wore an oversized sweater, that reaches down to his knee, he was slouched on the couch, his face wore a beaming smile.

And what came to my mind was If there was such things as angels in this world, then this child infront of me is certainly qualified to become one.

"Why do you keep staring at me like that?"

I was startled by the unknown voice, I regained my senses and noticed the child who I was admiring was now glaring at me with golden eyes, I feel a thump in my chest, a stab of panic.

I looked away from his eyes and felt heat coursing through my face. I look like a middle schooler who got caught looking at my crush face.

Why was I indeed staring at him?

I don't even know.

Should I tell him that I don't know?

How about I told him I wasn't staring?

No, It wouldn't work.

Should I tell him he possess uniquely qualities of an angel?

I should just say to him he looks cute.

No! No! why did I even think of that?

Am I Into guys now?

No.. I honestly wouldn't want that!

I must be getting lonely these days I'm starting to get captivated by the same gender.

I tried my very best to think of a way to avoid that question."Hey, mind telling me where I am?"

"My question is more important than yours, I am still young and I have school to attend to, I don't know how you manage to get me inside this white room, you must have put a very strong sleeping drug on my coffee didn't you?! Prank have gone such a long way—from fake bugs to kidnapping people. You all must have runned out of idea of funny pranks that you would go so far and kidnap innocent highschool students. Tsk. Tsk. My dissapointed is immeasurable and my day is ruined."

"Ah, I see. Everything makes sense now, this prank must be 'How highschool student react when they get kidnapped' type of cliché—and you must be an international actor that I've never heard of— so that's explain why I was so allured!"

"Allure—?! What kind of thoughts have you been having. You pervert!"

I expelled my breath and wave my index finger left and right "Calling me a pervert is rude, you can't just label people perverts when they start staring at you. They might be thinking—I wish I had that kind of face or— that kid must have been an actor. Which you will never know until you ask."

"Okay! now you may excuse me, I will be leaving. I also want to have a transportation vehicle to escort me back to school."

With one last look at the child's face, I turned my back from him and walked away. It was the first—and last—time I will see such a sight.

The child must be looking at my back and thinking 'Wah...mister is so cool!' after that I would reply without looking back at him 'Thanks kid, you're acting wasnt bad either.'

Yes, It would sound like I'm in a movie.

When I get back I should search it up on the internet, I wonder If they'll broadcast It, If people saw this I would definitely become the talk of school. I should tell Satoma about this, they definitely won't belie—

I thought about the last thing I could remember before waking up in this room.

It was morning that time, I was preparing for school when my phone rang. I raised it up to my ear and answered. It was a friend, asking me to come to a Cafe, he said It was very important so I came.

I was very doubtul at first, I didn't want to waste time doing something useless, but when we talked at the cafe it turns out I was wrong. Apparently they told me a Limited Edition Premium Deluxe Super Awesome MMORPG game is coming out today. The store will open at 8:00 and it's 6:50 so we have plenty of time to claim our spot in the line. The problem was school, we were the student council and are quite popular and respected, hence if students at the same school see's us skipping school just to get that game we will get in serious trouble.

Still and all we didn't came here just to grieve on the fact we can't get the game, Introducing Operation Uncovered! Satoma brought a bag full of clothes, with this our plan to become disguised is a go.

After wearing it, we immediately left the Cafe and waited for the traffic light to turn green.

We joked around and teased around Eri how she might be the first one to get it because of her extraordinary luck she possessed, on the other hand lose it because of her boundless stupidity. Apparently she was offended and started making horrible joke, one for example was how lucky she will be, if she sees us getting rammed over by a bus—we laughed it off, we absolutely don't want to imagine Eri watching us get rammed over by a bus.

After the lights turned green we stepped into the crosswalk, without even glancing left or right.

And then with that everything went black.

My flashback ended, and I was left with unanswered questions.

I was with them when I blackout didn't I? Were they also pranked like me but was placed in a different room—no, maybe they were left behind.

I'm starting to think they were the one who set this all up.

Ah! these stupid pranks is stressing me out. I still have to study for the exam next month too.

I should ask the kid, oh—and I forgot to asked the kid's name. I turned around and opened my mouth but before I even let out one word...

"Hey... who told you to leave without my permission..."

The child who I turned my back on a minute ago was now standing right in front me, however the couch and tv Is behind him which is strange because my back was facing the furniture the same way I did to the k—sh*t, this is confusing. Let's just say he teleported infront of me, yep. He definitely did.

To my suprise I found myself already sitted on a chair and I feel stuck. I tried to make small movement like moving fingers and toes but I can't move them at all, It feels like there's some unknown force that's keeping me from moving my own body.

"———" whenever I tried to speak, I spoke in a hoarse whisper.

The child stared at me with golden emotionless eyes devoid of any emotion of anger nor pity. The child spouted out a sense of superiority—no, he was predominant.

Everything went silent, we both didn't utter a sound, I found It deafening. The only thing I can hear is my thoughts screaming in confusion by the sudden turn of events.

The blood pounded in my ears. My heart thudded in my chest. My hands shook. My feet tingled. My own breathing was labored and my palms felt sweating. It felt like it would burst, my own heart. I couldn’t think of anything, only that my chest might get crushed any minute and my heart might burst open.

He stood infront of me and broke the silence emmiting this room.

He crossed his arms and spoke "Alright, I guess that's enough for today, you may speak, I never liked using my powers but I'm warning you If you even try to interrupt me speaking ever again. You'll face a fate more worse than death. Do you understand?"

I nodded but It took me a moment to find my voice. I wanted to scream but I was scared not knowing what he meant by A fate worse than death.

"And?" he cocked his head waiting for me to finish my sentence.

"And where am I really.." My voice was soft and measured like a guy trying to overcome a stutter.

"Quite a coincidence, your voice made it clear like anything." He clapped his hands slowly as If congratulating every move and word I make. "Though, I could detect fear in your voice, and anger, but also curiosity. Which is fine with me, as long as you don't do anything funny. Okay?"

He turned around and started speaking.

He then turned again, facing me he gave me a big grin. For emphasis, He spread his arms wide and proudly declared.

"Welcome to the Afterlife!" 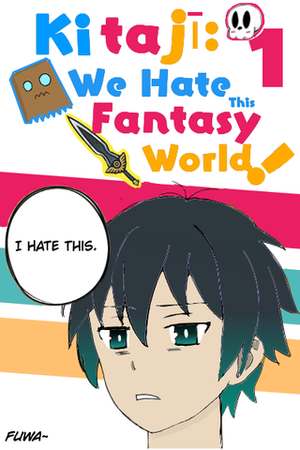