I Failed To Be Truck Kun’d

"Hahaha! I got it! My cute little Momo! " Tim Buckley was giggling away to himself as he walked the streets with an anime cat girl figurine in his hands. It was one of those figurines where you could lift the skirt, and as Tim never cared about what others thought about him, he was doing just that with red cheeks and a leering grin on his face.

It may be because he looked like the dictionary definition of what a degenerate was. Or it may just be the disgusting look he had on his face at that time, but not a single person yelled out to him or even tried to stop him as he walked right out into traffic and was hit by an oncoming truck. Yes, just like the many manga and animes he had read, Tim was hit by the almighty Truck Kun. He was whisked away to spend his days in a fantasy world, becoming a hero and have many big titted animal girls fawning over him left and right.

Or this is how it should have been…

"Excuse me? Can you repeat that?" Tim sat in a chair, staring at the voluptuous body in front of him with a frozen smile on his face. He felt he had just heard something he should not have.

"I said you are disgusting." The woman who was sitting across from Tim replied. She flicked her golden blonde hair as she picked up the file in front of her. With every sentence, she read the more her disgusted expression contorted. "A dirty, disgusting pig swine who should be utterly obliterated. What is this list of shit!? You spent your entire life looking at 2d girls online, collecting something called eroge? You even tried to marry a figurine!? Are you okay!?

"I can not send a person like you to another world. I am afraid you will leave thousands of offspring who will then mate… Where the fuck is he!? " The golden blonde haired woman looked around only to hear heavy breathing coming from below her. When she lowered her head, she saw Tim slowly crawling on the floor towards her panting heavily with a flushed face, muttering something about angel this angel that. The golden blonde haired woman's face contorted even more as she raised her foot and stomped hard on Tim's face. Not once or twice, but multiple times without any signs of relenting. The golden halo that was sitting properly on top of her head tilted to the side and started to turn black.

A few minutes later, Tim, with a face swollen like a balloon, was now tied to a chair facing the opposite direction of the golden blonde haired woman. He was currently trying to figure out why she got mad. He had heard angels did not wear any kind of underwear, so he was just trying to see if it was true or not. Who knew she would start stomping on his face with gusto. It really hurt!

"So..." The golden blonde haired woman continued, her halo still flicking with a bit of black in it. "Since we can not send you to another world because you're a degenerate. It is not actually a sin to be one either. But in no way in hell am I sending you to heaven. Just thinking of how you would torment the other angels makes me shiver. Sadly I can not send you to hell either… The only thing I can do to make sure you never bother anyone for the rest of your life is to let you be alive but stuck in a coma. But fret not. Since I can not just leave you like that, I will make it, so you are able to play what you humans call a VRMMO. At least there, you can't do anything that will cause others harm."

"Wait, so does that mean I can create a character and stuff?" Tim asked. He did not mind being stuck in a coma if he could play a game while being waited on hand and foot. Never needing to bathe, stop to eat, or go to the bathroom. A perfect life!

"Yeah, sure… character creation… Whatever you want. Anyway, I will be sending you off now. Good luck to you, and please don't spread your disgusting genes anywhere. Not that you can." Before Tim could even ask what she meant by that last sentence, he found himself being sucked into a bright light.

"Hah! He's gone!" The golden blonde woman fell back into her chair and breathed a sigh of relief. She reached her hands up and took the halo off her head, and looked at it. "That guy almost made me fall… That would have been bad."

"Good work Gabriel. I was watching, and I think I would have been worse off than you. God said because that man tried to do something bad to you that he will give him a small bit of punishment. You know how God looks after us. Especially you!" A woman with the same hair color as Grabriel appeared next to her and gave her a cup of wine.

"Don't tease me. God has never even talked to me, never mind anything else…."

While two angels were talking about their love lives, a certain Tim was staring at the handsome muscular man with a big broadsword on his back that he had just spent hours working on. "Mhm… Matches me exactly. If I were to stand side by side with this character, you would think we were twins."

This was all his own delusion as he was nothing more than a skinny black haired, green eyed anime lover who basically shut himself into his parents' basement unless he was going to some kind of convention. So to say he looked like the handsome muscular man in front of him was definitely his own delusion of himself and very far from reality.

As the angel had promised, he was indeed in a coma. He got a glimpse of himself lying in a hospital bed before he was sucked back into his body. After which, he was instantly logged into a game called New World Online. He immediately began making his avatar, and now his creation was standing in front of him. "Now to name him and set up the starting attributes. Let's see. As a swordsman, I will not need to worry about the other stats for now except for attack. Once I level up, I will worry about my other stats."Tim added all twenty five stat points into attack power before looking at the character name entry.

"Now then, for my name… Let's go with Lance! Yeah, that sounds right… People will be saying my name for years to come. Lance, the swordmaster! The only one in game who could solo everything!" Happy with his choices, he finally hit the confirm button. He felt his consciousness floating into the avatar as a bright light filled his vision, causing him to close his eyes.

As the light dimmed, Tim was met with a large fountain that had a tall tree growing out of the middle of it and a bunch of people who looked like adventures walking around. He did not know if these people were other players or not. But from the looks of the females, they were all right up his alley! "Not bad, not… bad?"

A girlish voice came out of his mouth, confusing Tim. He looked around and found the view to be a little lower than he had imagined it would be. No he was definitely not as tall as he should be. A bad feeling befell Tim as he looked down at his hands not only to see that they were smaller than his real hands but nowhere close to looking like big strong hands as the avatar he made. But what really tipped him off that something was wrong was the two mounds of fat sitting on his chest! "What the fuck is this!? How am I a girl!?" 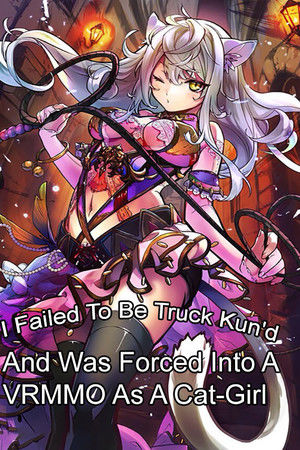