I held the tear soaked letter in my hands, the equivalent to grandpa’s last words. It was only yesterday that his well was read out loud to the family, a bunch of corrupt fuckers he hated with all his might. Bookmark here

I could remember it clear as day. The will was read out, revealing that everything he owned belonged to me now. “ARE YOU FUCKING KIDDING ME?” My aunt charged up to the front of the room like a bull with its eyes on a red flag. She grabbed the will from his hands and proceeded to read it for herself. Big mistake. When the will was read out, the priest who was in charge chose to paraphrase a few things, to keep my family’s anger in check. In death, grandpa had no reason to hold his tongue.Bookmark here

The message wasn't long, almost poetic in a sense. Grandpa had always been a mysterious person, with several rooms none of us were allowed to enter, and mysterious occurrences, not an uncommon thing around here. He wasn't anymore.Bookmark here

I slowly walked upstairs, through the twists and turns of grandpa’s house. I say house, but mansion would be a more appropriate word. There were at least forty bedrooms, and three times that in total rooms. No one knew where grandpa got his money from, it was something he refused to speak a word about. The most we got out of him was something about mom.Bookmark here

The letter didn't touch on the money, but its origins were pretty clear. As I passed through the halls. I looked at the weapons that grandpa loved to display. There was a mix of guns and weapons that looked almost out of this world, well they probability were.Bookmark here

There it was, the final door on the right. Usually, there was an array of locks guarding the door, with a chain to protect them all. The vial had contained the keys to unlock the door, however.Bookmark here

With every click of a lock, my nerves only grew. Everything made sense now. Grandpa was smart, smarter than any of us ever gave him credit for. The door rattled as the locks became fewer and fewer. The roaring from the other side echoed through the hallways.Bookmark here

When the last lock clicked open I was thrown backward by a force comparable to a rhino charging straight for me.Bookmark here

I looked up, there, sure enough, was the other side. Part of me hadn't believed the letter, but here it was, proof clear as day.Bookmark here

What was left, but to cross to the other side? I took one step towards the opening, then another. Bookmark here

I crossed through the barrier and entered the other side. Who knew when I’d be back, that was a question for another me. I cast my doubts aside and set forth, into the great world beyond, where the earth was but a fading memory and my family was less than that.Bookmark here 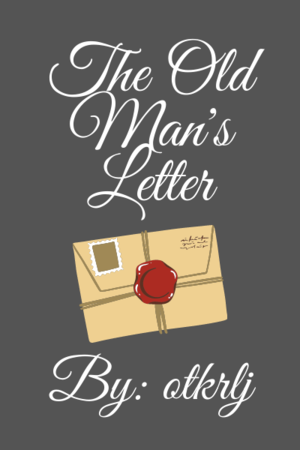