The Way of The Sword

Kosuke Nawaki, the “People’s Fighter,” the man became one of the most influential men in the last hundred years. Just what made the man fight? He fought for freedom and liberation. It’s no surprise the man’s final words were enough for him to continue the fight for change.Bookmark here

“I know what the world thinks of me, that I am a rebel. Criminal. An idiot. I began all of this and asked for it. A man that all he did with his life was practice swinging a mere piece of steel and has caused this war. Well, I’m here to say that you’re right, I am responsible for this and much more. But in the eyes of Imperialists, I’m nothing. In the eyes of the government that’s motto is “Peace, Order, and equality,” is nothing but a mere farce. To them, we mean nothing. What do you think of yourselves as? The answer isn’t even that important. The point of it, is if we even have the right to think of it. We do not need a birthright like that of nobles. What we do need is a fair and equal chance at life. The freedom to live our life the way we want, and THAT FREEDOM CAN NEVER BE TAKEN! That is what I believe to be our right as people. I am willing to fight for this even if I must die for it. The world is yours.” Kosuke grinned while nailed onto a cross.Bookmark here

“What a marvelous speech. Now then, it's time to have the four of you make a decision here."Bookmark here

“No, don’t do it! I beg you!” one of the students said.Bookmark here

The other three close their eyes tightly and try not to look back. The student walks toward Kosuke and prepares to murder his master.Bookmark here

The student begins tearing up as he smiles faintly, and Kosuke accepts his death and failure as a man. Teacher. Swordsman.Bookmark here

One of the students screams out his fellow peer’s name in anger and hollers at him in anger as the head of their teacher hits the ground.Bookmark here

This would be how Kosuke Nawaki would meet his end, but his death would spark countless rebellion factions, and with each faction would come a new sense of ideals of freedom. Soon rumors would spread despite the loss in the war. He may have lost the war, but in the end, Kosuke Nawaki lives on with his students and those he inspired!Bookmark here

The era where man yearns there freedom would soon begin, and it would be a hectic one, to say the least.Bookmark here 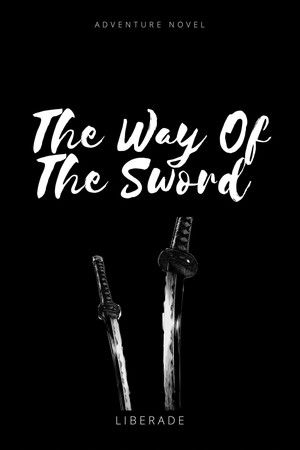 The Way of The Sword