"I came from a family of Fallens that serve under Lucifer's reign. However, the story you humans believe in is quite different from the reality of what actually happened. Bookmark here

Eons ago, the universe had vast amounts of energy. It was collected by immortal beings as sources to maintain divine cities.Bookmark here

These beings? They are Arches. Bookmark here

I think you guys would know them better as angels.Bookmark here

So uh, the Arches can travel faster than light-years, terraforming inhabitable planets into livable ones, and pretty much expanded the empire universally. Bookmark here

Then one day, our so-called 'leader' Lucifer studied magic.Bookmark here

Back then, you'd be surprised how magic is seen as taboo. It's the equivalent of witchcraft, I think you humans had something against that too. I uh, read a book about it when I was younger and I still don't understand the bias behind it."Bookmark here

"Hold on," Toshiro interrupted, "Did you say, Lucifer?"Bookmark here

"You know what," my brother held his hands up and gestured at Kingston to proceed, "Go on."Bookmark here

"Anyway, Lucifer was once a high-ranking Arch who became "selfish" for more power. His curiosity led him to the discovery of magic, and he continued to study higher efficient spells behind everyone's backs. Bookmark here

The next thing you know, he was discovered, reprimanded, and banned from pursuing further academics. Bookmark here

That didn't stop him though. He gathered a good number of followers who believed in the use of magic. Bookmark here

Then a war ensued."Bookmark here

"A galactic war, that's crazy," I stared at the sky.Bookmark here

"Mmhm, a war, and a long one too," Kingston lowered his eyes, "Obviously Lucifer and his followers were no match with the Arches. They had this thing called the Orb, which contained a suppressed form of divine power that grants the user any wish."Bookmark here

The Orb. It sounded a bit familiar.Bookmark here

"Some high-ranking Arch used it to banish the traitors outside the boundaries of Arch territory, but in exchange for overusing the Orb, I heard they became mute."Bookmark here

"A mute angel? Now that's new," Toshiro kicked a pebble on the road, "Looks like our knowledge of angels and demons really differs from what's out there."Bookmark here

"Yeah man," Kingston glanced to the side of the road. A squirrel ran into a bush. "Hmm..."Bookmark here

"What? Oh! That was a squirrel," I explained.Bookmark here

"I see. Well, here's the juicy part you guys are in for. My ancestors? Hah. Gotta be one of Lucifer's original nine commanders. Tough luck for me, because that meant my people will forever serve under his reign even if we aren't agreeing with his methods."Bookmark here

"And you?" Toshiro asked.Bookmark here

"What!" I yelped, "Isn't that-"Bookmark here

"Don't worry, they won't look for me...for now. I'm not all for Lucifer and his ruling. It sounds rare within the ears of Fallens but it's more common in thought. Many have tried escaping and many have died doing so."Bookmark here

"I'm honestly a bit afraid of Lucifer. He's as scary as any book describes him. I sincerely hope you guys won't ever meet him."Bookmark here

The birds stopped chirping as we approached the end of the trail. A vast dirt road welcomed us into the forest, which led as a shortcut directly into the backyard of our home. Bookmark here

"Well, I hope not," Toshiro walked ahead, "but seeing that we know the existence of demons let alone you, I wouldn't be surprised if the king of demons come for us for intel." Bookmark here

"But if demons who ran away got killed, what inspired you to leave?" I leaned in closer to Kingston, "Do you have like, a death wish?"Bookmark here

"What? No!" He leaned away, "there are things I simply couldn't take anymore so I left. Let's just say because of my ancestors, I have the privilege of um..."Bookmark here

He glanced away, embarrassed. "Not being killed."Bookmark here

"Ah, I see how it is, you're a special boy," I teased, my hands playfully slapping his shoulder.Bookmark here

"Do erase our memories if we ever get stuck with Lucifer." Bookmark here 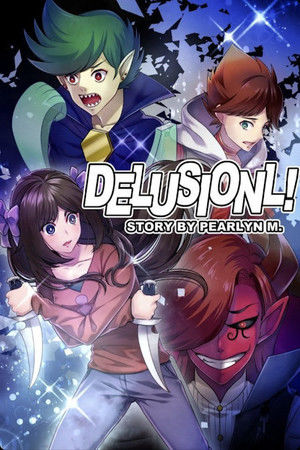