I never thought my brother and I would be banned from our home planet. And also never thought he would become my rival. It all happened so fast…. we wanted the “ Green Gem Of Life Crystal “ so we could wish for our sick mother’s health to be restored, but we were both caught and as our punishment…they executed our parents and banned us from Moya. I miss my home planet, I’m tired of being a Space Pirate sometimes.Bookmark here

It is fun to ride in a giant robot. I created my own robots from time to time and one day my brother stole one of them! That jerk betrayed me….until this very day…we’ve become rivals and will never be like we once were.Bookmark here

“ These damn Space Police are really on my ass again! “ Aozara says as he’s trying to fly away and dodge the attacks from the Space Police.Bookmark here

Aozara has become the most powerful and wanted Space Pirate. He’s never been caught by the Space Police and hopefully he never will. He’s also a known thief, he stole my Gemazoida robot and other various things. Not to mention he has murdered thousands of people, my brother used to be a very nice guy…then when he joined the Space Pirate Corporation with me, he became hungry for power. He quit being in the corporation and formed his own Space Pirate group. They were very vicious and fighting against them was hard. I wanted to destroy my brother once and for all.Bookmark here

“ I’m sorry fellas, but I’m going to have to destroy you! “ Aozara smirked and fired the green lasers at the ships, destroying them. He lit a cigarette and sighed in relief. Then an unknown blast attacked him from behind.Bookmark here

“ Warning! System is getting low from an unknown attack!“Bookmark here

“ What the hell? Who attacked me? “ He started panicking Bookmark here

“ Hello brother! I’ve come to destroy you! “ I showed up on his screen Bookmark here

“ Of course you would do something cowardly by attacking me off guard! Stupid ass! “ he yelled Bookmark here

“ Well, next time you should pay attention! Or next time you’ll end up like those Space Police you destroyed! “ I chuckled Bookmark here

“ I don’t have time for your games, little sister… Now move out of my way! “ he fired a blast at me. He flew away at full speed. My Ultra Gema was damaged. I flew back to Space Pirate Corporation to fix my robot. Next time I will destroy Aozara.. Bookmark here

Yagi is a legendary Space Pirate who’s never been caught by the Space Police. She was once a very dangerous person…her angry side is nothing to mess with! It’s so scary! When I joined the corporation she was the Captain and she decided to retire a year ago and made me the Space Pirate Captain. It’s some big shoes to fill in, but I’ve done an excellent job with not getting caught by the Space Police. I go into the robot building room that I created for myself, I get into repairing Gema.Bookmark here

“ I ran into my idiot brother, he was being chased by the Space Police again! So I attacked him from behind and he attacked me as he flew away. “ I groaned as I kept repairing GemaBookmark here

“ He’s such a fool! One day he’ll end up captured by them! “ Bookmark here

We both laughed and Yagi helped me with repairing Gema.Bookmark here

“ You idiot! You almost got captured! '' the man hit Aozara across the faceBookmark here

Taeru kicked him in the stomach. Aozara cried out in pain while holding his stomach.Bookmark here

“ Don’t ever address me as my first name…it’s Lord Taeru! “ grabbed him by the neckBookmark here

Taeru threw him on the ground. And gave him an evil glare.Bookmark here

“ If you do get caught by those stupid Space Police, I won’t bail you out! Now get out of my sight! “ he yelled while lighting a cigarette.Bookmark here

“ Yes…Lord Taeru! “ Aozara slowly got up and left the room. Making Taeru angry was one of the worst things, sometimes he’d hurt him very badly and would have broken bones. Aozara hated feeling so powerless but he’d never go back to Space Pirate Corporation with his sister. They’re rivals now and he betrayed her trust…nothing will be the same for them. He started crying uncontrollably on his pillow, wishing he wasn’t so weak. Bookmark here

“ Lord Taeru, when will we destroy the Space Pirate Corporation? “ A masked woman dressed in blue askedBookmark here

“ Tomorrow we have the boy strike them! As a punishment for almost getting caught by the Space Police, he’s going to kill his sister! “ Taeru chuckled Bookmark here

“ Umi, tell the boy the plan for tomorrow! “ Bookmark here

“ Right away sir!” Umi walked out of the room and towards Aozara’s. Bookmark here

“ That Space Pirate Corporation will be destroyed and those bots will be mine! “ Bookmark here

The next morning Taeru, Umi, and Aozara head out towards Space Pirate Corporation. Taeru couldn’t wait to get his hands on my robots. He wanted to use them to destroy every single planet in the galaxy. As they head towards us, I start to sense their presence. I tell Yagi to prepare the warriors for battle…whatever my brother is up to, I know it’s not good. I get my Gema laser gun and watch the spaceship start attacking us. Our warriors started attacking their ship, but they had a force field surrounded by it. Taeru’s army of soldiers come storming out of the ship and take out every single one of my strongest soldiers. I grip onto my gun tightly, what will I do now? Taeru and Umi walk up towards Yagi. She glared at them with disgust. Bookmark here

“ Aw come on! We built the Space Pirate Corporation together…remember? So that means that this can belong to me as well! “Bookmark here

“ There’s no way in hell that I’d let you have this! “Bookmark here

“ You will let me have it…unless you want me to kill you…” Taeru aimed his shotgun laser at Yagi. She looked at him in shock…was he really willing to kill his big sister for this whole corporation? Bookmark here

“ You wouldn’t dare! This corporation was left to me by mother and father….how dare you try to do something wicked like this Taeru! “ she cried. Bookmark here

“ The boy is in the robot building room…he’s going to kill his sister. So maybe I should kill you too! “ Bookmark here

“ Well…if it isn’t Taicho! Do you honestly think you’d kill me right here? With my warrior right here? Umi can kill you in an instant..” Taeru chuckled Bookmark here

“ I’m not afraid of Umi…and she might want to back away cause I have a gun on her back too! “ Taicho smirked Bookmark here

Taeru groaned and started clenching his fist. He was surrounded and if he moved Taicho would shoot him and Umi….Bookmark here

Back at the robot building room, I stayed prepared for my brother’s arrival. I know that’s the place he’s coming to. I held onto my gun, ready. Then I heard the click of a gun right at my head. I started trembling…I’ve never been so scared…I started to slowly lift up my gun and then I heard a familiar voice sayBookmark here

“ Give me the new bots you made or I’ll kill you little sister…” Aozara put the gun closer to my head. Bookmark here

“ And if I refuse? “ Bookmark here

“ If you refuse…then I will kill you Ikiru! “ Bookmark here

I had to think fast…if I refuse then he will for sure kill me. Then a plan came to my mind. I slowly turned around and knocked the gun out of his hand and kicked him in the face. I grabbed my gun and aimed it at him. He aimed his gun at me. We were face to face aiming guns at each other. He chuckled and so did I.Bookmark here

“ You thought that little trick would work? You’re such an idiot! “Bookmark here

“ You’re a bigger idiot for thinking that you can steal another one of my robots! “Bookmark here

“ Not if you die first..brother! “ Bookmark here

The sound of two gunshots echoed into the hallway. Taicho and Yagi both tremble…they fear the worst for Ikiru and Aozara. Bookmark here

“ Aww I hear gunshots…the dumb siblings must have finally killed each other! “ Taeru grinned at Yagi. He could see the fear on her face and enjoyed seeing it. She started trembling..hoping that Ikiru was okay.Bookmark here

“ You shouldn’t speak Taeru, you’re going to be next! “ Taicho started twisting his arm. He yelled in pain. Yagi told her she’ll be back. She ran towards the robot building room. When she got there…she fell to her knees and started screaming. She saw a trail of blood. Could they both be really dead? Was one of them trying to get away? She searched all over until she found a discovery that would change her forever.Bookmark here 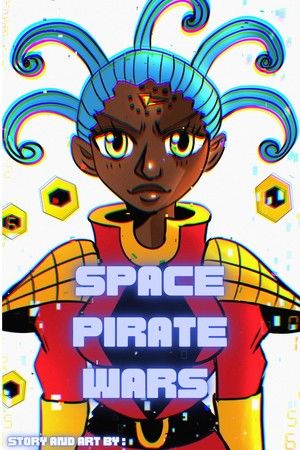