Moncha 'stormed' down the silver corridors of the Curadh - It struck him that he had spent a considerable portion of his life in these endless, characterless, humming walkways and usually that didn't much bother him.Bookmark here

He liked to think he was an approachable sort of officer, usually he would walk in the company of one of his subordinates, though currently all of those were under a 'voluntary' confinement to barracks, except of course Miss.Falc...Bookmark here

Then there would be the passer-bys, people he barely knew who he could stop and have a pleasant conversation with, complaining about budget cuts in the canteen or talking about family back home - But not today, no indeed Moncha knew he needed no mirror to know why no one was stopping him for a chat today.Bookmark here

He was well aware why people were hugging the corridor walls or steeping into random rooms just to clear his path - Moncha was very pissed.Bookmark here

He knew it wasn't entirely justified, but it had taken all his will power not to take up arms, to forcefully refuse the Captain's orders.Bookmark here

In truth he was well aware that really he was pissed at the people back home, at whatever armchair bound Admiral had issued their current hairbrained orders.Bookmark here

Everything should of been simple, they had been ordered to destroy a repair vessel called 'The Clover' owned by the private company 'Bayley Mechanics'.Bookmark here

Everyone knew Bayley was one of IAFS's largest financial sponsors, yet TSU refused to act against the company for a few reasons - The biggest being Bayley's massive monopoly on machine parts and processors used not only in IAFS's machines but also in TSU's - Then there were stock-markets and economies to consider....Bookmark here

Instead the Curadh would secretly, with no witnesses, destroy this 'Clover' vessel sending one hell of a message to Bayley to back off - 'It should of been that simple...'Bookmark here

But then IAFS had turned up, protected the Clover and forced Helt's Casnel to retreat - Following this the enemy group had somehow managed to track the Curadh, no matter how many times they changed course, the IAFS flotilla always followed, just barely outside of combat range.Bookmark here

That hadn't been too big a problem, they would just head home - Moncha was also well aware the crew were all well overdue a vacation, so they'd simply head towards the TSU-S headquarters orbiting Abhaile, let the main fleet deal with their pursuers, easy.Bookmark here

And yet to everyone's dismay the admiralty had a different idea - They had suggested the Curadh make use of the pursing fleet for further tests. Apparently Falc's 'Diamond' was made for in-atmosphere combat, Apparently the abandoned Station 9 would make for the perfect testing grounds and Apparently the experiment would require Falc be deployed alone for the best and most acute results. Bookmark here

It made Moncha sick, it was stupid - Falc had never flown a single real combat mission - Sure he was confident he and his squad could easily defeat a legion of IAFS Neo's, customised or not but he had to acknowledged the raw tenacity of the squad that had fought against Helt in the last battle.Bookmark here

He was sure He could beat them, but Falc? On her first ever mission? Bookmark here

He knew full-well all these thoughts were painting his expression as he crossed through the threshold and past the automatic door leading onto the ship's bridge.Bookmark here

It was a space that showed its age maybe the most of anywhere on the vessel - Before the First War many ships had prescribed to some rather old fashioned construction methods, after all no one but TSU had ever had the capital or power to make space-fairing Warships, there had never been a war in space.Bookmark here

This had lead to most pre-war ships looking almost like they had been designed for use in water, with a bridge proudly positioned in the best vantage point - This had lead to dozens, if not hundreds of First War ship's getting obliterated by lone Vijaiks simply getting close enough to blast a hole in the oversized windows of these control rooms.Bookmark here

If the blast itself didn't kill the bridge crew, then the sudden depressurisation would.Bookmark here

The Curadh was constructed during the war so wasn't quite this vulnerable - The bridge was much smaller then those old TSU designs and with rolling armour shutters to cover the already 'bullet-proof' windows during combat - Nonetheless the carry over was obvious.Bookmark here

If the Curadh had a Sphinx like shape, then the bridge was located right in the head of that creature, with no ability to be retracted.
Bookmark here

Inside from Moncha's perspective it was a large semi circle with tall ceilings and windows along the curved section that stretched from floor to roof.Bookmark here

Against the flat back of the circle on a large raised chair sat the Captain, her elevated height making her even more imposing then normal.
Bookmark here

Around her in even intervals sat the terminals of the bridge's various officers.Bookmark here

An older man with a buzzcut and his arms folded neatly behind his back, turned at the faint hiss of the door sliding open.
Bookmark here

Moncha quickly raised the palm of one hand before the man could announce his presence.Bookmark here

The XO shrugged dismissively, turning his attention back to overseeing the various monitors, while Moncha quietly made his way to stand next to the Captain's raised chair, his head about level with her neck.
Bookmark here

"Major, so good of you to join us."
She said back, with no hint of her own emotions showing.Bookmark here

Moncha hated knowing that all his complaints and reports were no different to young Helt coming to ask him about the mission. Like he had done with Helt, the Captain would fob the Major off - After all like him, she had to be seen in command in front of her subordinates.Bookmark here

In reality he knew that the simmering disappointment he currently felt towards the captain really was unwarranted, that she too was just following order she also probably disliked - But that didn't make him feel any better about the situation.Bookmark here

"Why order me to the bridge Ma'am? Why not 'volunteer' me to the barracks with the orders? Want to keep a personal eye on me is it?"
Moncha borderline growled.Bookmark here

Captain Marie Synapse didn't so much as flinch, her hands resting on the arms of her chair, her cold blue eyes focused narrowly on the world outside the bridge's windows;
Bookmark here

"You would of come here regardless of what I said Major, I would rather ask for your professional opinions as issues arise, rather then have you storming into here without my permission part way through the engagement."Bookmark here

Moncha scowled, turning to observe the sight the Captain was so fixed on - A few hundred metres in front of the ship's windows held in the air what they were all so worked up about - The Diamond-Class Fortress - The crystal blue dome that had lay atop it for training a few days prior was now gone and in its place was the torso of a more regular looking mech.Bookmark here

Beneath this torso had remained the same as in the hanger, the large black metal squares that rotated and shifted in preparation for battle.
Bookmark here

The shape of the core body was in Moncha's opinion hard to look at - It was constantly shifting, sleek angular lines rolled and sliding, squares surfaces splitting into narrow triangles - Both with a reflective crystalline texture but also clear rugged armour plating.Bookmark here

'Diamond' was simply its name, no one shape could adequately describe the massive dark mass - So large was it that the mech torso sitting atop it looked down right tiny.
Bookmark here

Moncha turned and directed his voice towards the XO standing a few paces in front of him, "Progress Lieutenant-Commander?"Bookmark here

The XO nodded in Moncha's direction and began to read from his wrist-handheld screen;
Bookmark here

"Sync rate is nominal, power fluctuation remaining at a minimum - The IAFS fleet has followed our predicted course and surrounded the exterior of the Nation-State.
Bookmark here

We detected a small group entering the Northern dock a few hours ago before losing radar in there - We can presume they've taken the bait and this recon group will soon be making its way inside the city soon, Sir"
Bookmark here

The man rattled off with a machine-like focus on detail.Bookmark here

Moncha nodded back to let the man know that would be all, before turning his attentions back to the Captain, finally ready to try one last strategy with his old comrade - "Any last minute change of heart?"Bookmark here

Synapse shock her head lightly, "Your complaints have been logged, no change to the plan - Orders are final Major."Bookmark here

"You know, I bet your Father wouldn't of gone through with this - He knew when to ignore a foolish mistake on the part of the higher ups."Bookmark here

"Oh did he now? And what did that get him but the chopping block?"
Synapse said back, her voice a little higher then she had intended.

An awkward chill spread throughout the room, all talk stopped and the dead air was filled with solely the noise of keyboard tapping.Bookmark here

"He died for what he believed in - We should all be so lucky."Bookmark here

The Captain did not respond to the comment.
Bookmark here

Moncha was about to press the attack when an interruption seized his attempts - "Ma'am Unit 5's neural activity is increasing, the petty officers getting ready to attack Ma'am!"
Bookmark here

Said an excited but still composed officer's voice from the bank of communications computer to the right of the room.Bookmark here

Synapse and Moncha both looked in that direction, The Captain spoke fast and with clear precision;
Bookmark here

"Very well, raise the ship alert, battle will be commencing imminently - Coxen have us set down within the cover of the city buildings - I want all recording equipment up and running now, we do not miss a single scrap of that data Understood?!"Bookmark here

There was a series of affirmations and the XO began to repeat the orders as per protocol.
The Captain nodded, straightened her cap minorly before turned back to the Comm's-Operator - "Put me through to the petty officer, make it quick."Bookmark here

Moncha slinked back away from the Captain's chair a few paces, leaning his back against the rear wall of the room resignedly - 'We're really doing it, deploying a lone girl with experimental powers we don't fully understand, in an experimental machine that hasn't been properly tested, against a full squadron of enemy pros - Whatever happens now, happens - May God forgive us...'Bookmark here 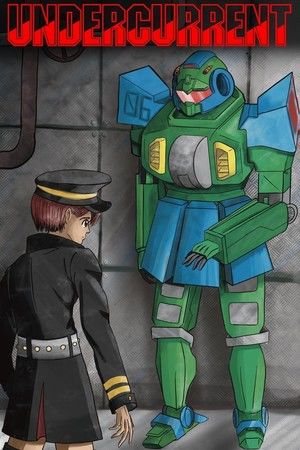